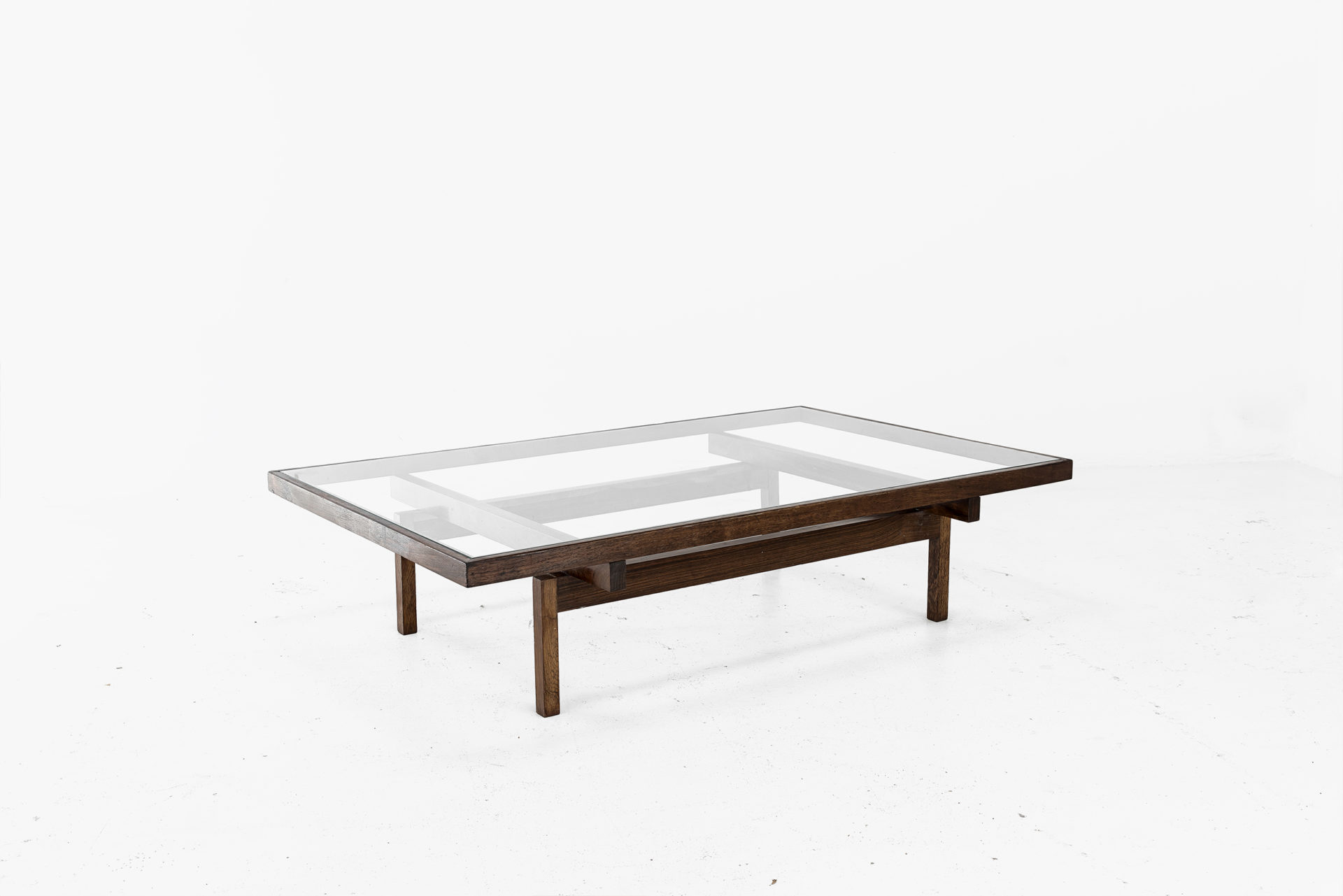 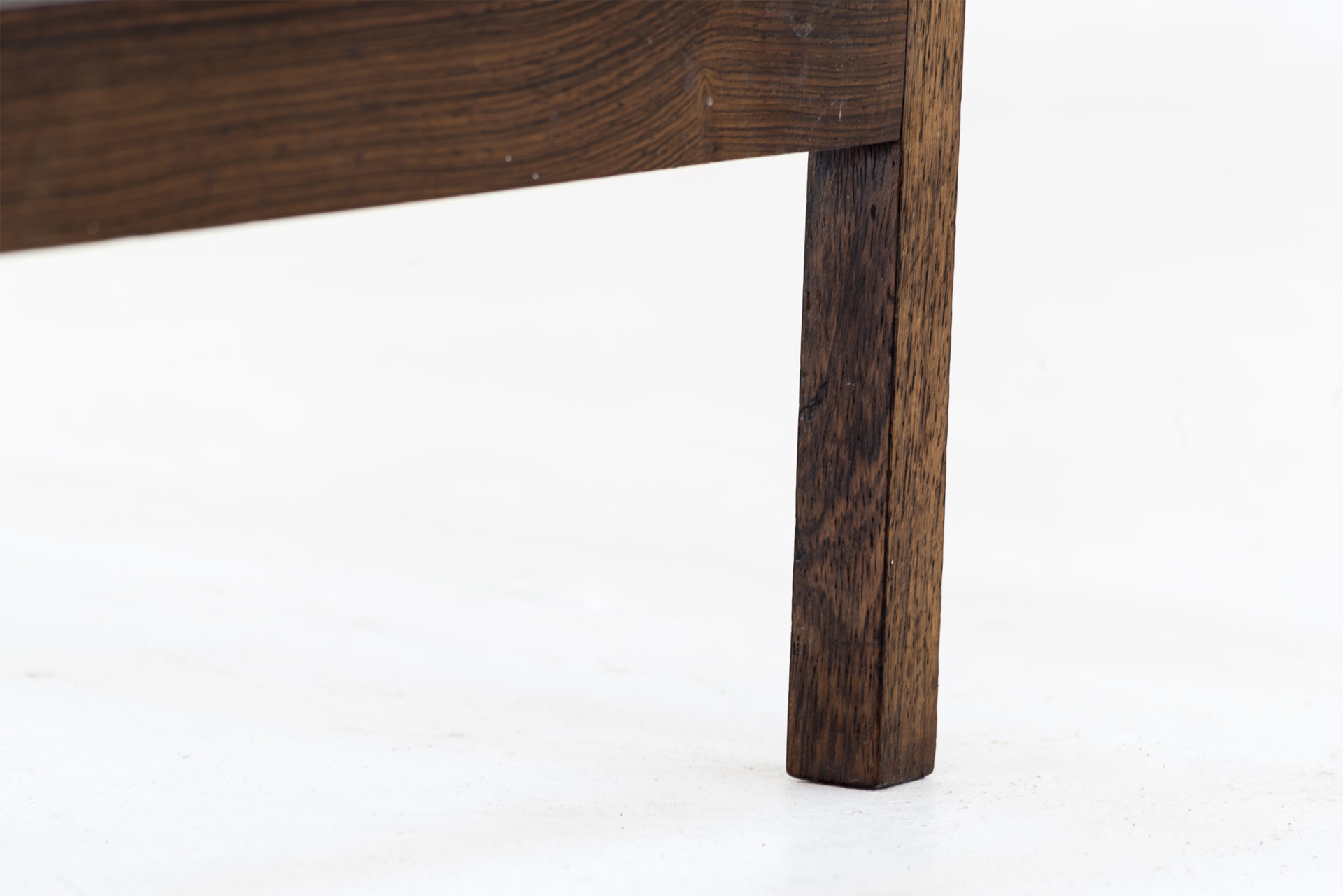 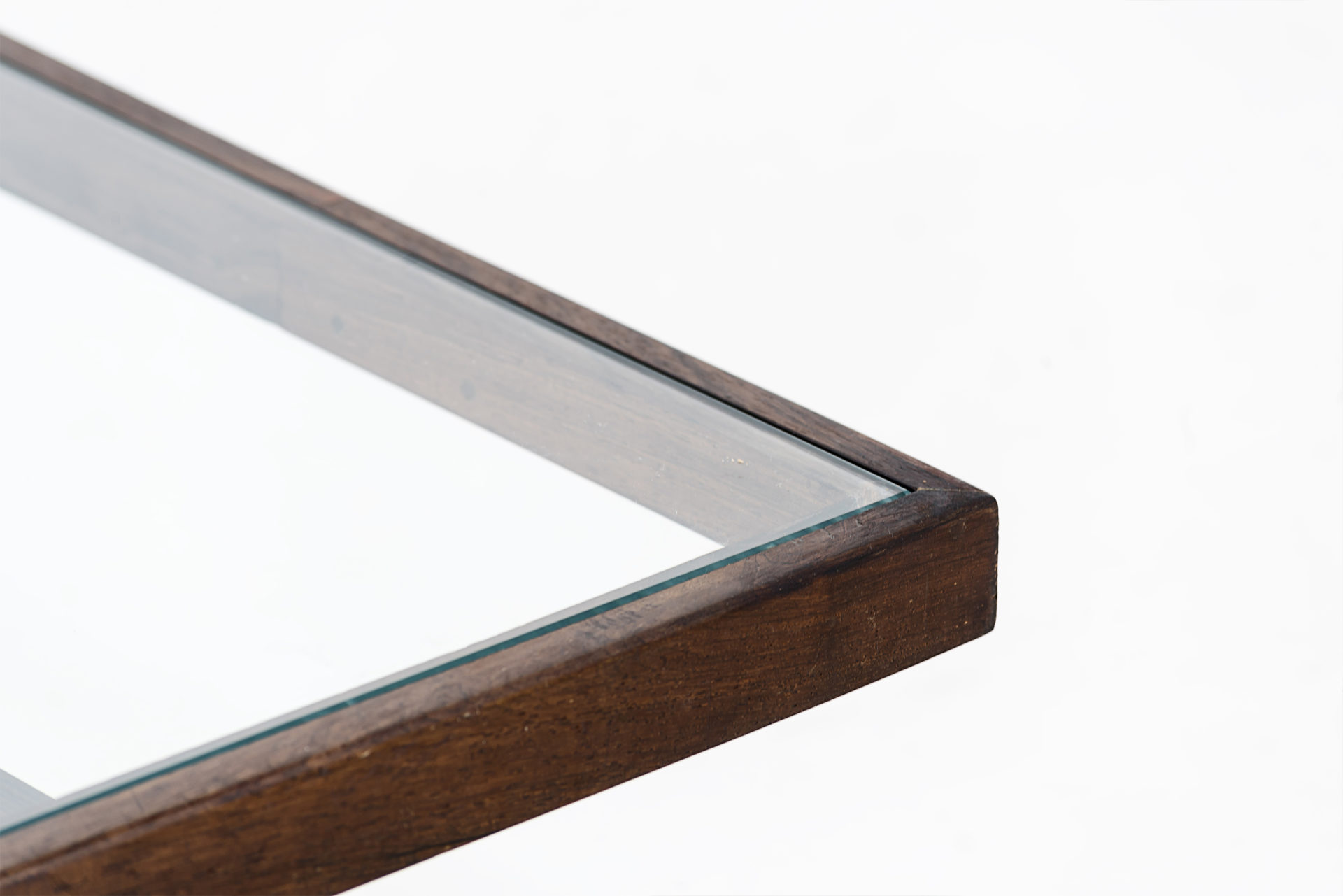 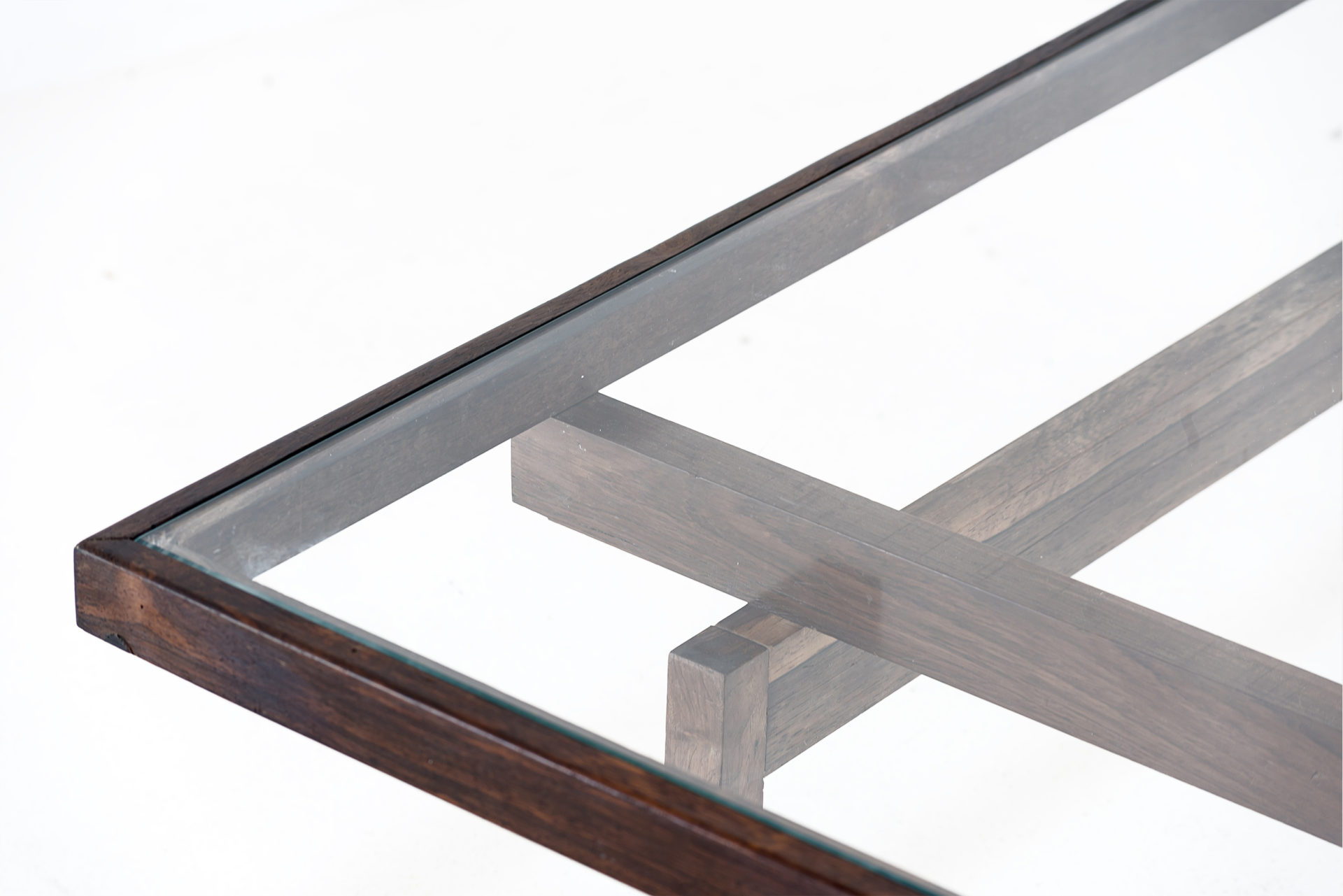 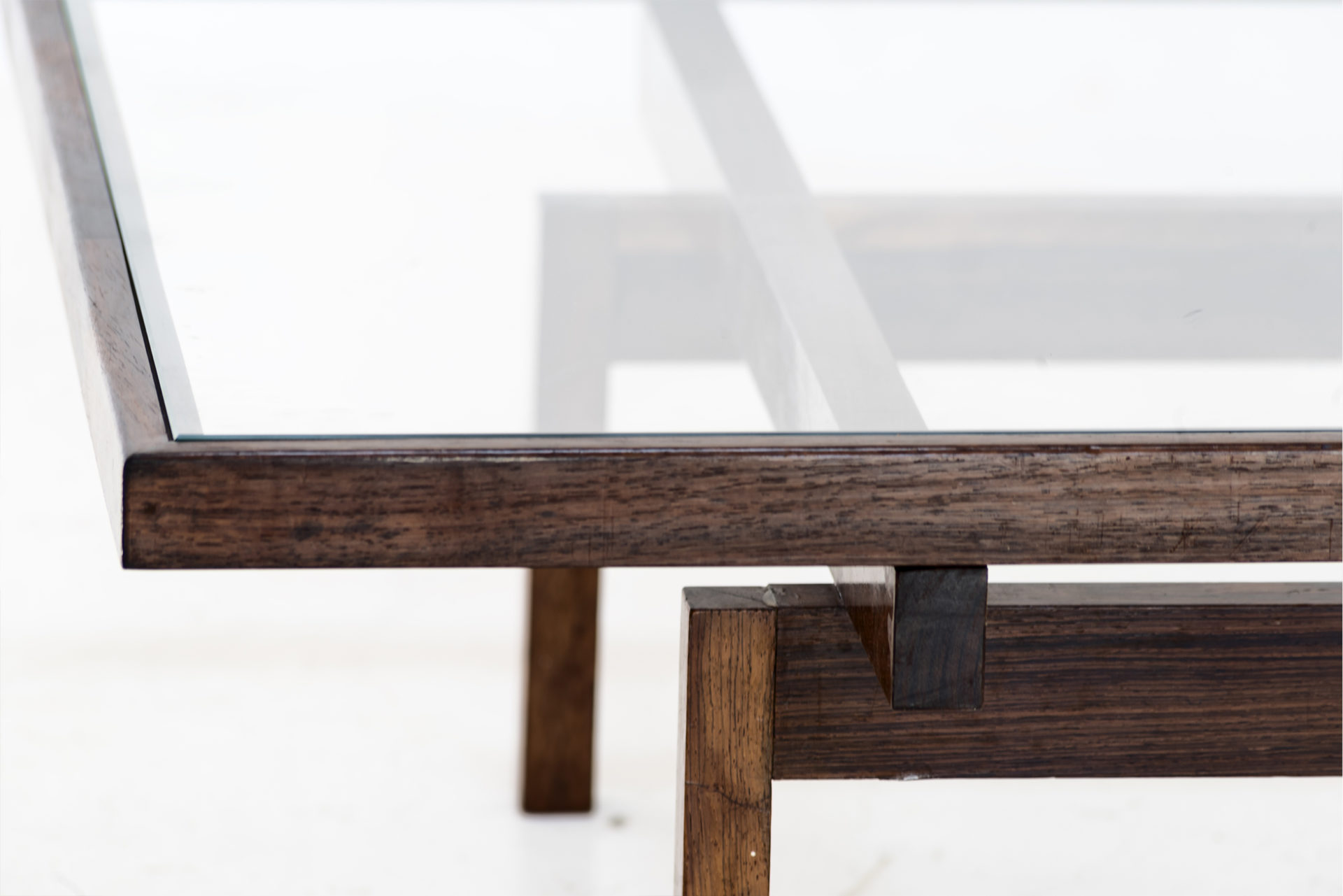 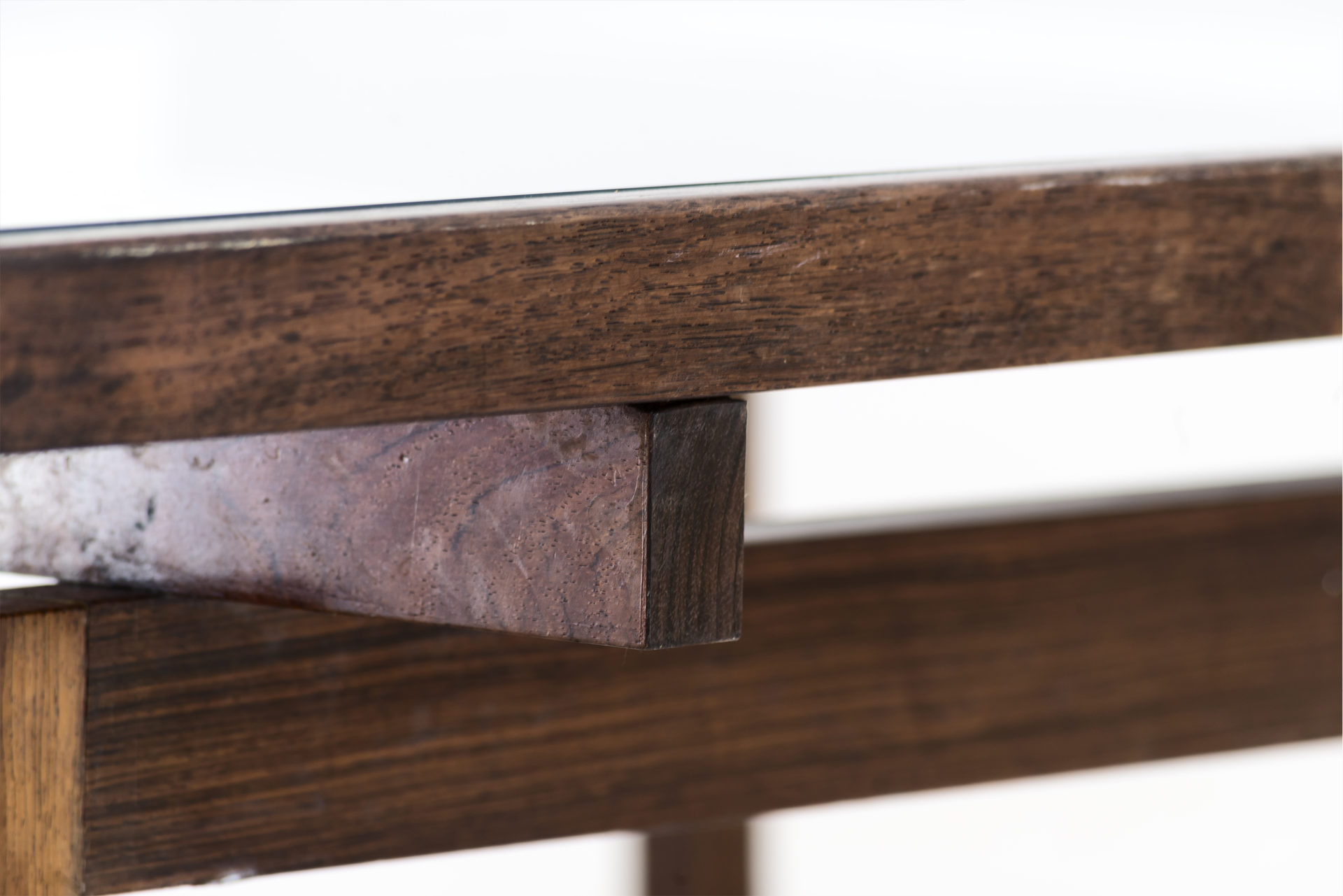 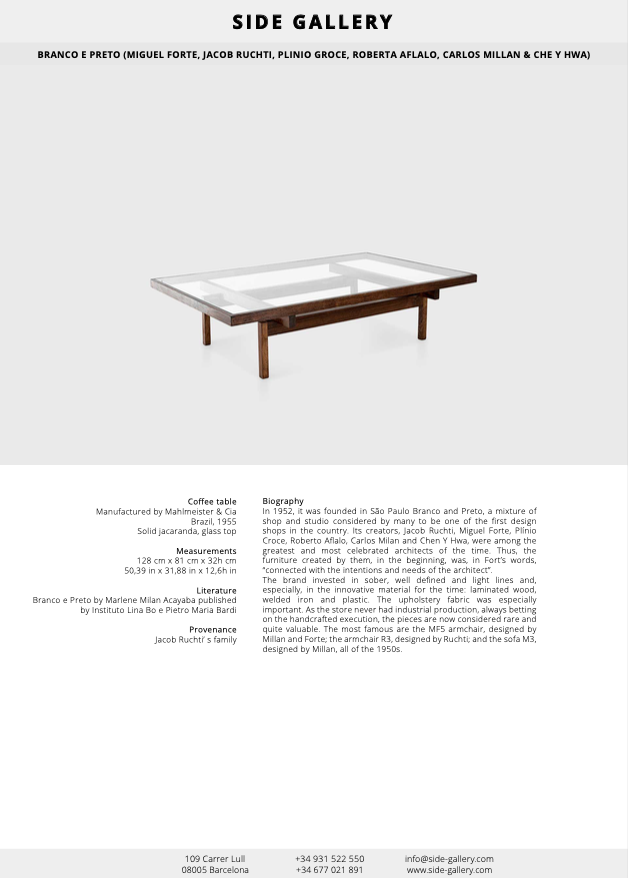 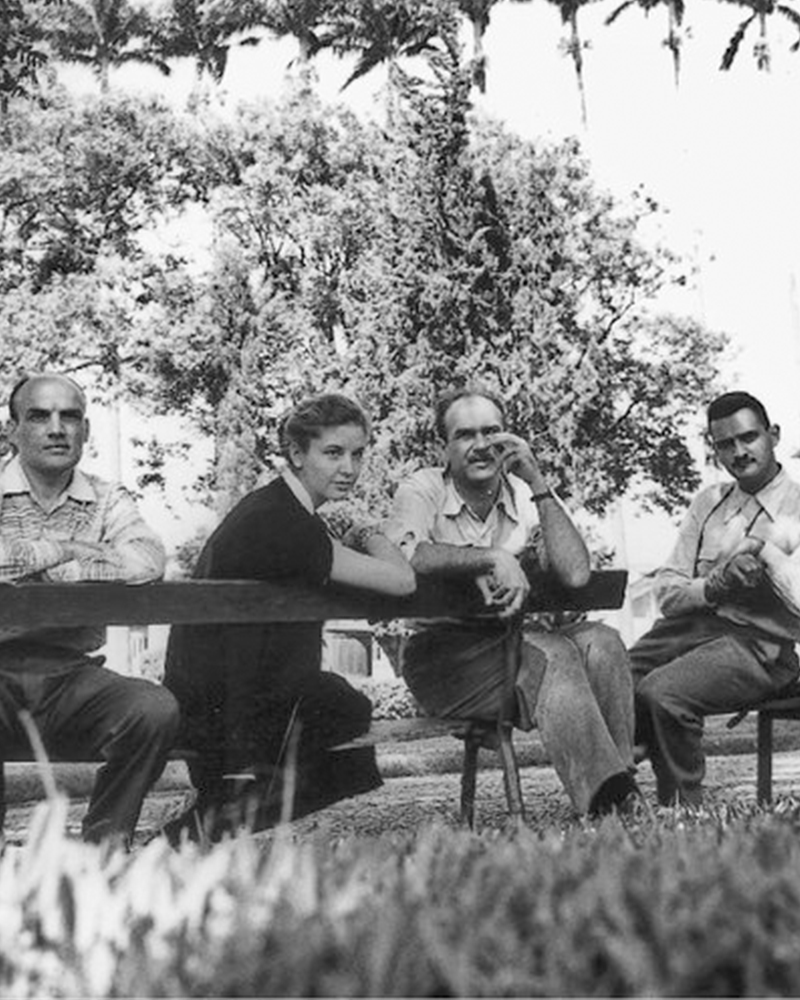 Branco e Preto was an architecture and design store that opened in 1952 in São Paulo. Open until 1970; the store was one of the forerunners of interior architecture and modern furniture in Brazil. Architects Miguel Forte (1915-2002), Jacob Ruchti (1917-1974), Plínio Croce (1921-1984), Roberto Aflalo (1926-1992), Carlos Millan (1927-1964) along with the Chinese architect Chen Y Hwa managed the store, all with their offices in the same building at Rua Barão de Itapetininga. The entire group graduated from Mackenzie Architecture University. A shared interest in modern architecture underpinned the motives of all these young architects who, realizing there was a gap in the market for modern furniture in São Paulo in the early 1950s, decided to create a store to offer modern designs to the São Paulo elite.

Mackenzie Architecture University was a more conservative institute in the 1930s and 1940s. Architect Christiano Stockler das Neves (1889-1982), then the professor and director, maintained a critical view of modernism, preferring neoclassicist aesthetics. However, the ideals of modern architecture appealed to this group of forward-thinking young architects who founded Branco e Preto.  Having graduated in the 1930s, Jacob Ruchti and Miguel Forte approached, during the course, two architects of the first modernist generation in Brazil: the Italian Rino Levi (1901-1965) and the Ukrainian Gregori Warchavchik (1896-1972). Living together at Mina Klabin's home, Warchavchik's wife, enabled them to meet the American architect Philip Johnson (1906-2005) and the German architect Mies Van der Rohe (1886-1969). Plínio Croce and Roberto Aflalo, who graduated in the late 1940s, and Carlos Millan, who graduated in the early 1950s, also distanced themselves from the architecture taught at Mackenzie, admiring the Viennese Richard Neutra (1892-1970) and Marcel Breuer (1902-1981).

The atmosphere of São Paulo in the 1940s and 1950s was one of vivacious regeneration, not only in infrastructural projects but also in the fields of art and architecture. In 1947, the São Paulo Art Museum Assis Chateaubriand (Maps) was founded, followed by the foundation of the São Paulo Museum of Modern Art (MAM / SP) in 1948. In 1951, the first São Paulo Biennial opened. Later, Maps created the Contemporary Art Institute (IAC). These changes gave way to modern architecture and the idea of ​​Brazilian modernism. Participating in this process, young people started working in offices and designing homes and buildings. Faced with the new task of furnishing a modern house, they were drawn to foreign desires, armchairs, and sofas with foam and upholstery.

Modern furniture options were quite limited in Brasil at the time, there was Joaquim Tenreiro's store (1906-1992), in Rio de Janeiro, which opened a branch in São Paulo in 1950, and Móveis Z, by designer Zanine Caldas (1919-2001), opened in 1947 in São Paulo, but not too much else. As a result, Roberto Aflalo proposed the idea to a group of like-minded thinkers and, the Branco e Preto store opened in December 1952 in the city center, Av. Vieira de Carvalho. The group prepared not only furniture but also curtains, lamps, and rugs. Following the idea of ​​Frank Lloyd Wright (1867-1959), who famously thought of the house from the inside out, saying the furniture should be understood as a "complement of architecture." With high prices aimed at the São Paulo elite, the store often served clients who had their homes signed by one of the group's architects. Made from Brazilian woods, such as jacarandá-da-Bahia, cabreúva, and pau-marfim, which were combined with glass, iron, formica and calacata marble, the furniture was seen as an extension of the materials of each residence. The designs became ever more sought after, rational and geometric; they presented lightness and simplicity, one of their characteristics being the toothpick feet, a hallmark of modern furniture. Among the furniture produced was the MF5 armchair, the slatted table, and the Millan desk.

Branco e Preto was a forerunner of the movement of the 1950s, in which Brazilian architects started to manufacture modern furniture. Two years after its creation, the Unilabor factory was opened. A year later, French designer Michel Arnoult (1922-2005) opened Contemporary Furniture. Both located in São Paulo, targeting an audience with alternative tastes but diverge from Branco & Preto in the production process of their pieces.

While their armchairs and tables were manufactured industrially, Branco & Preto furniture was handcrafted and in small quantities. Without plywood or screws, their products were designed by highly skilled craftsmen. The name Branco e Preto referred to fabrics made especially for the store by the Lanificio Filippo factory. Colors like beige and gray, upholstery and curtains, were combined with white or black stripes. The sobriety of the tones and stripes dialogs with concretism in the arts and reveals the distance in relation to sparkles, figurative prints, and excess of ornaments all so fashionable in previous years. When remembering Branco & Preto, architect Roberto Carvalho Franco (1926-2001) said that the store had "a great impact" and allowed "a portion of society to understand the meaning of furniture design." 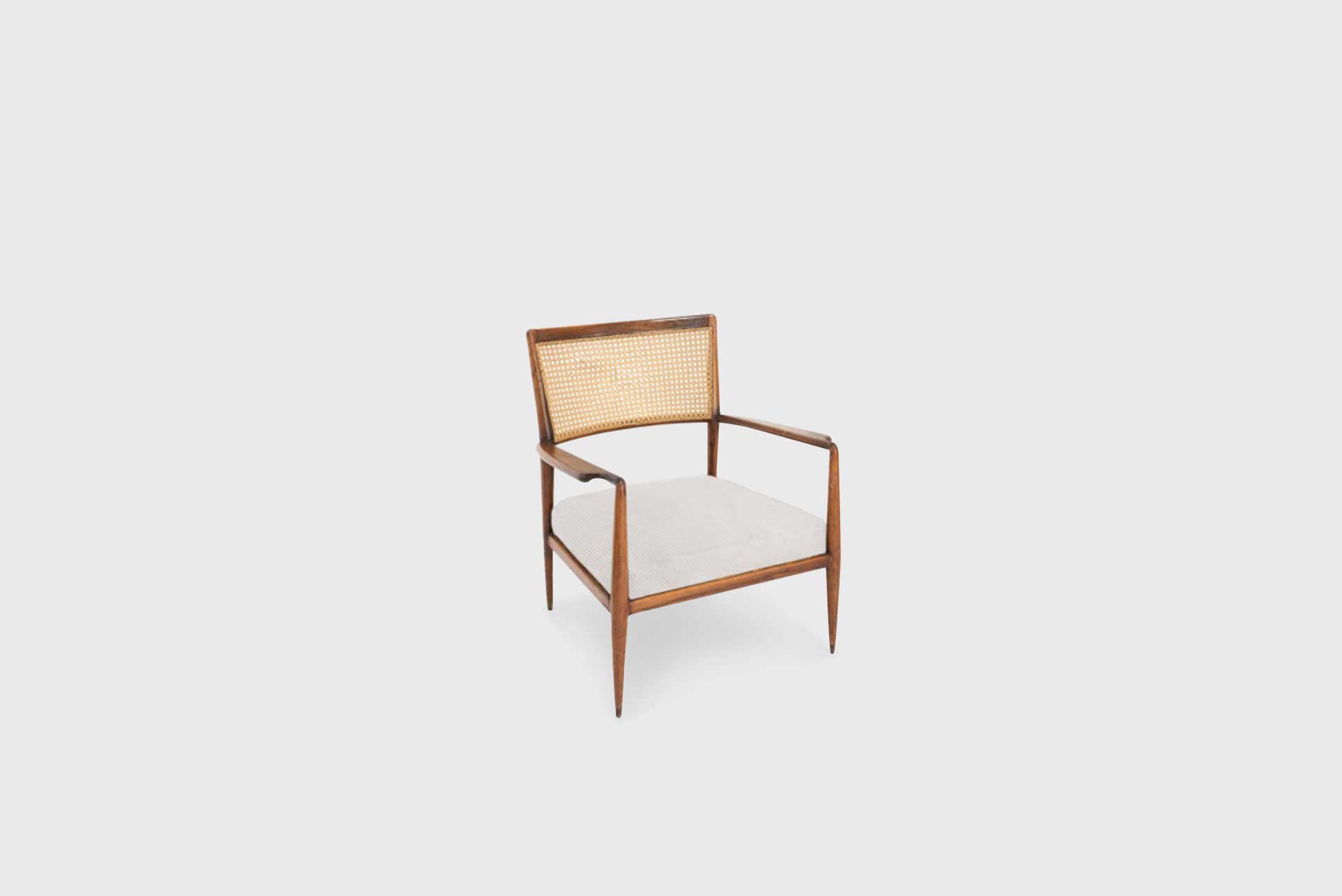 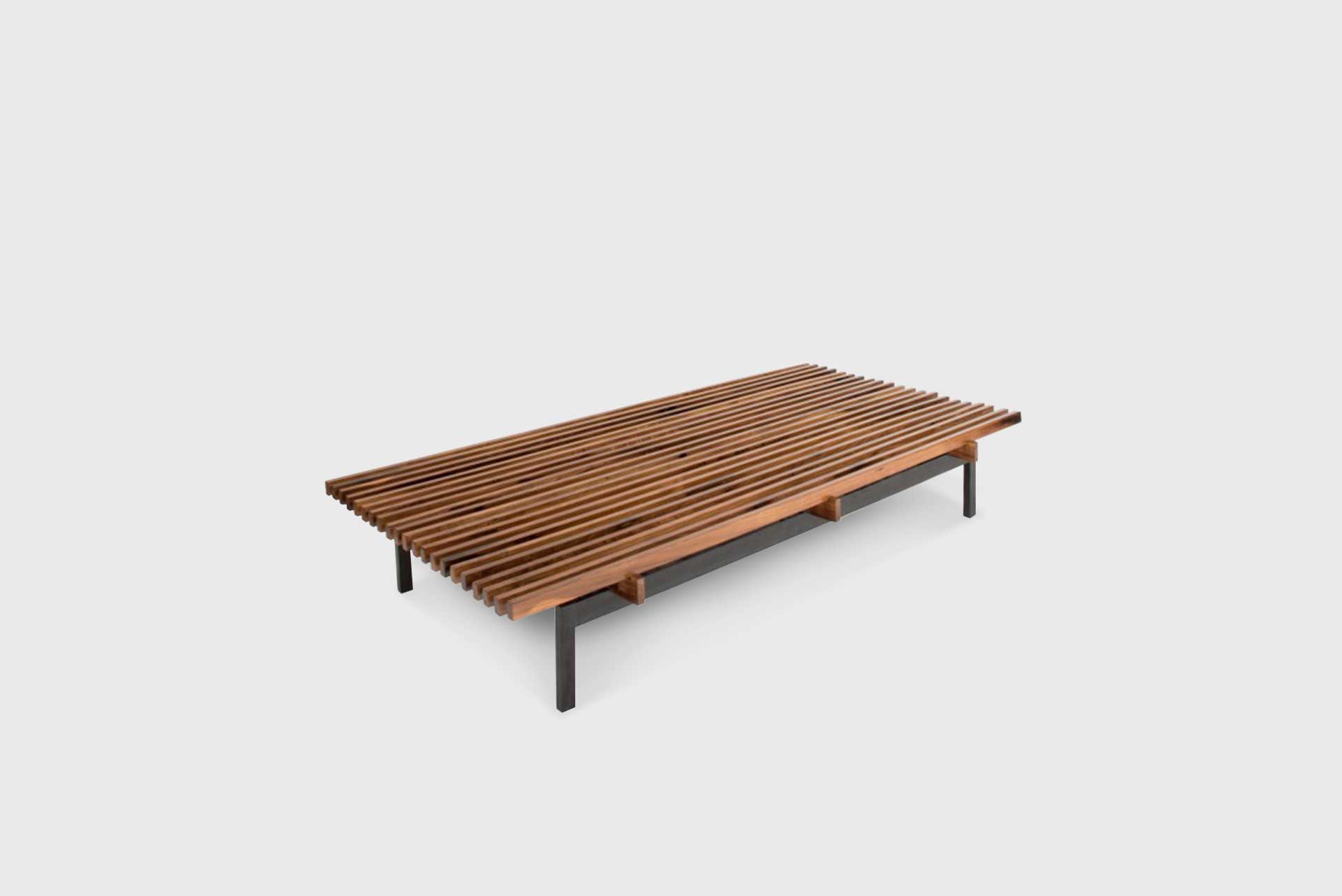 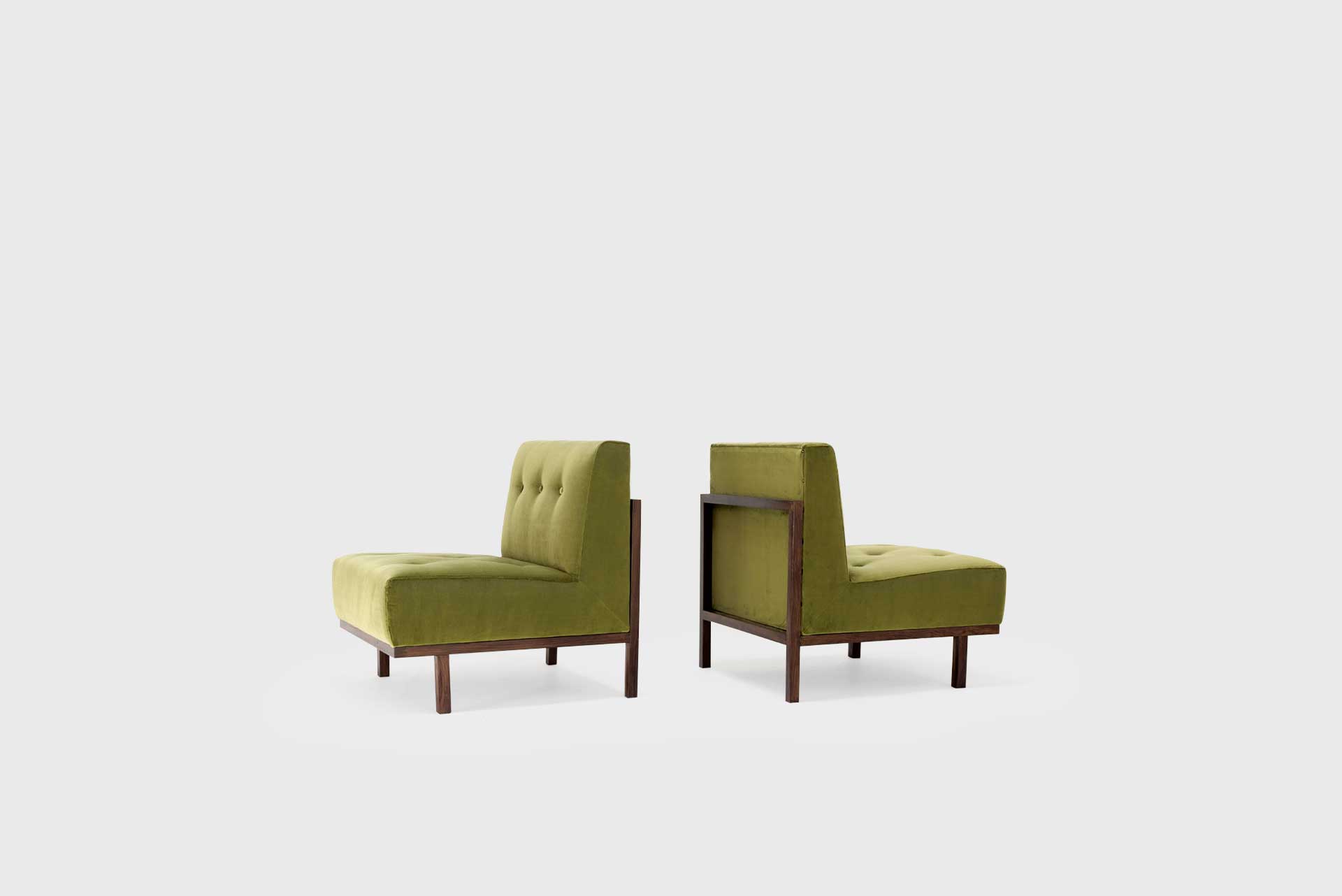 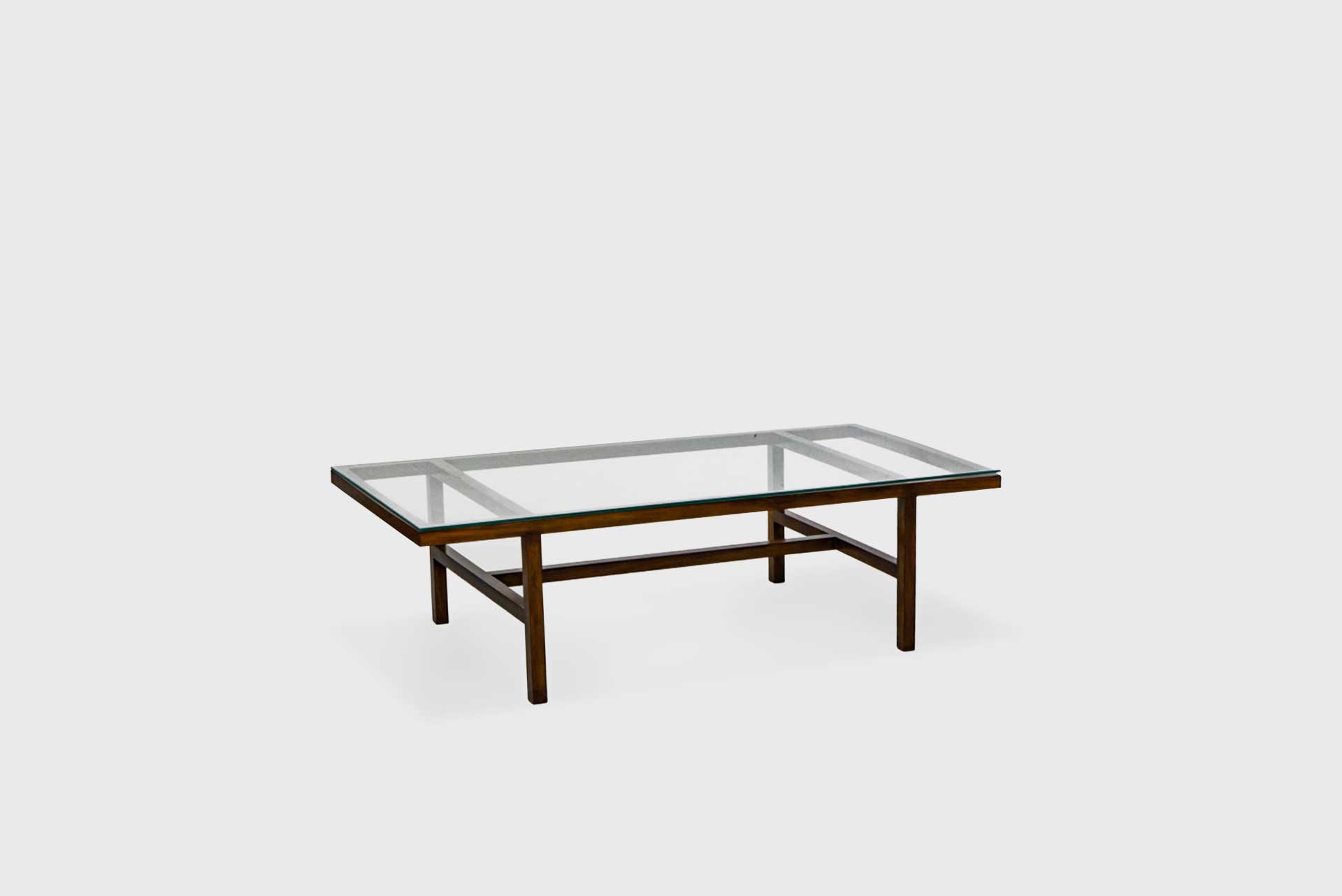 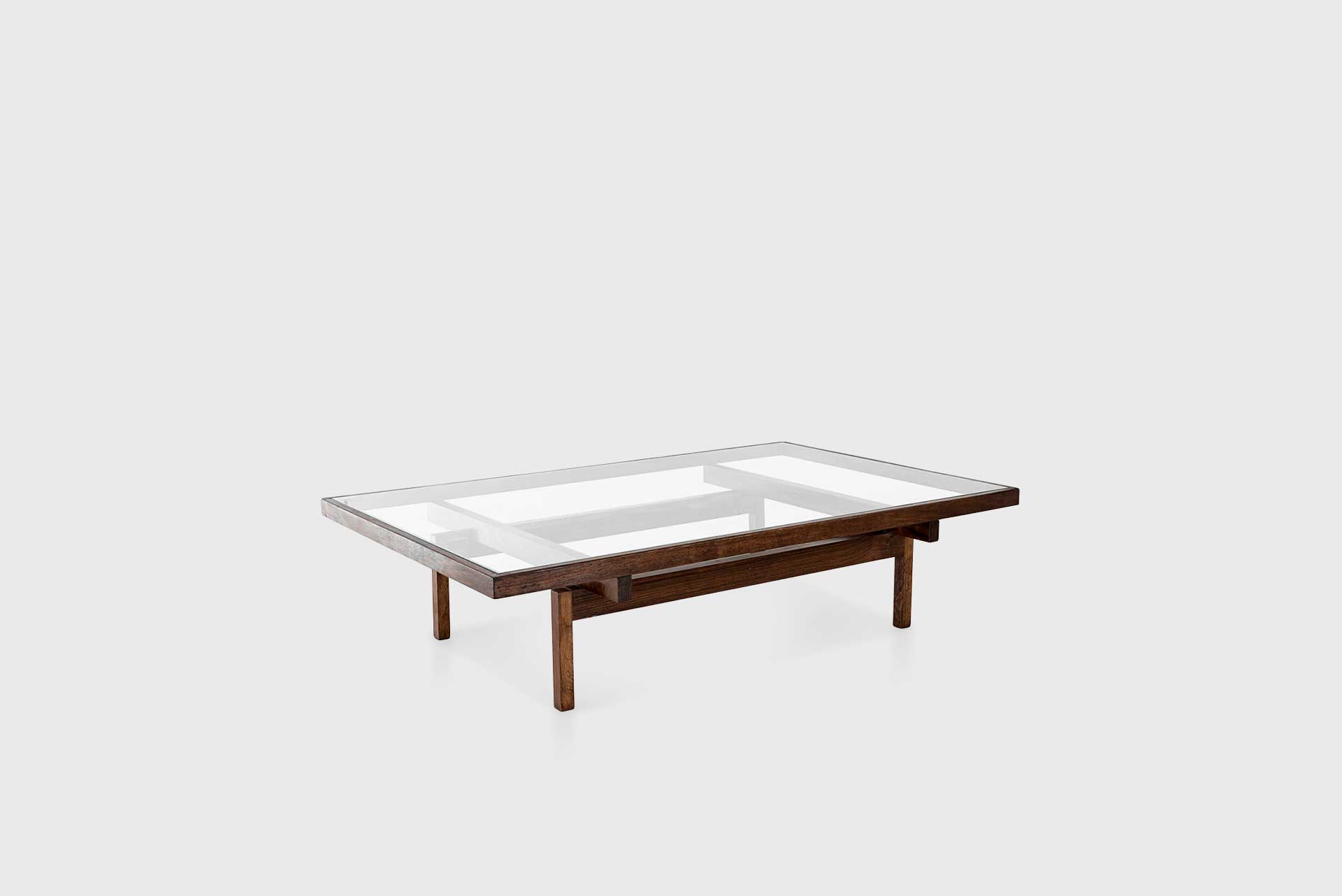 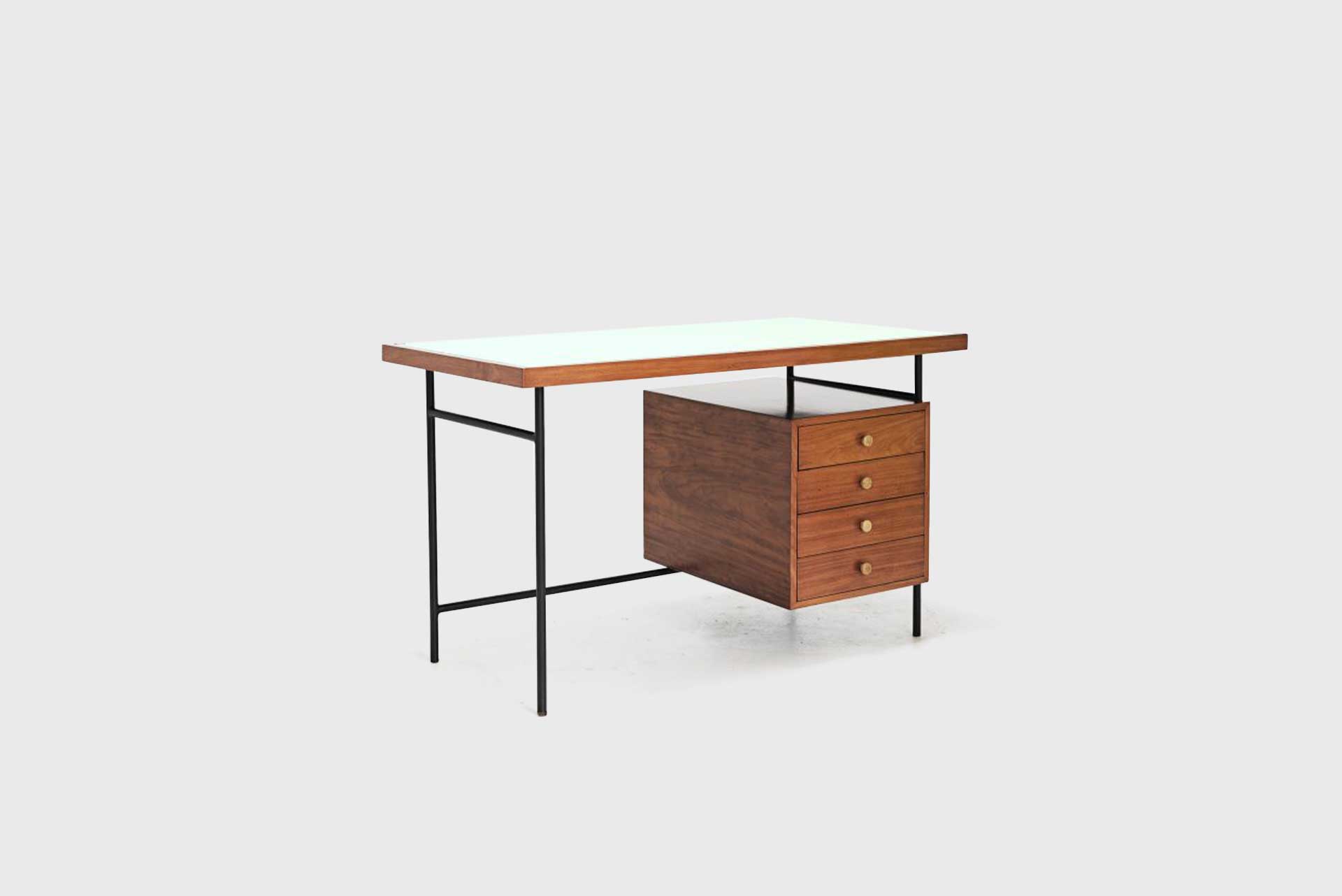 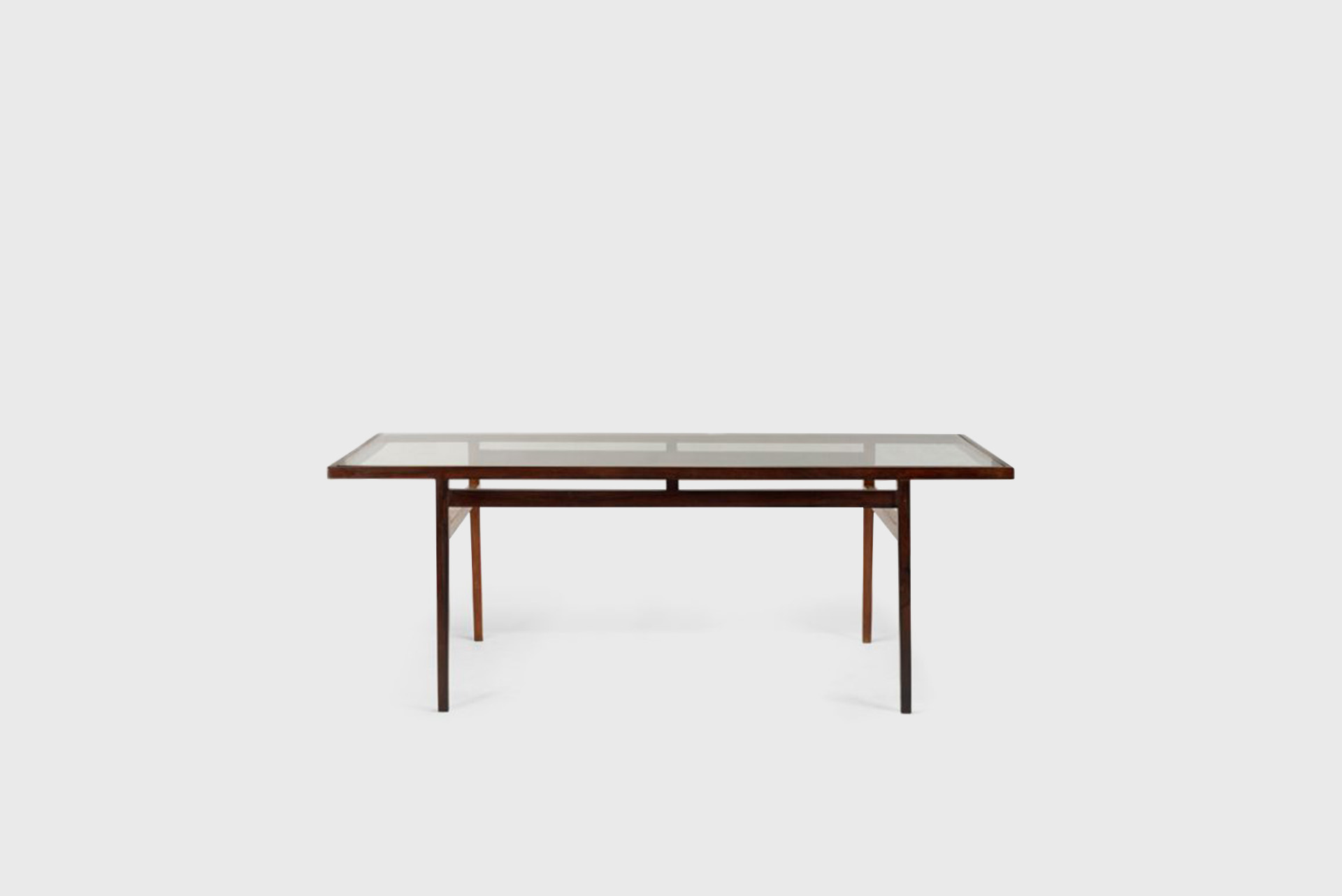 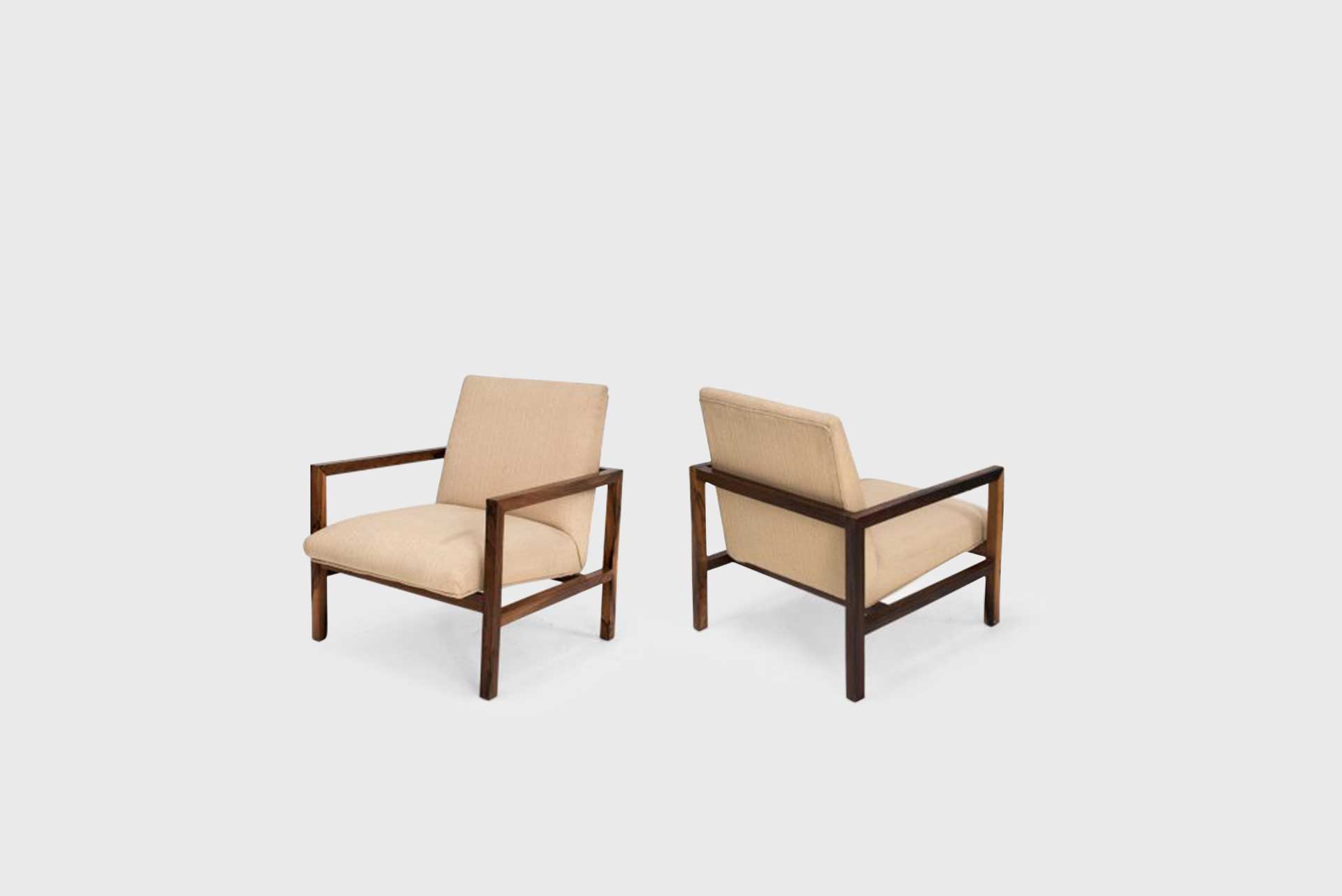 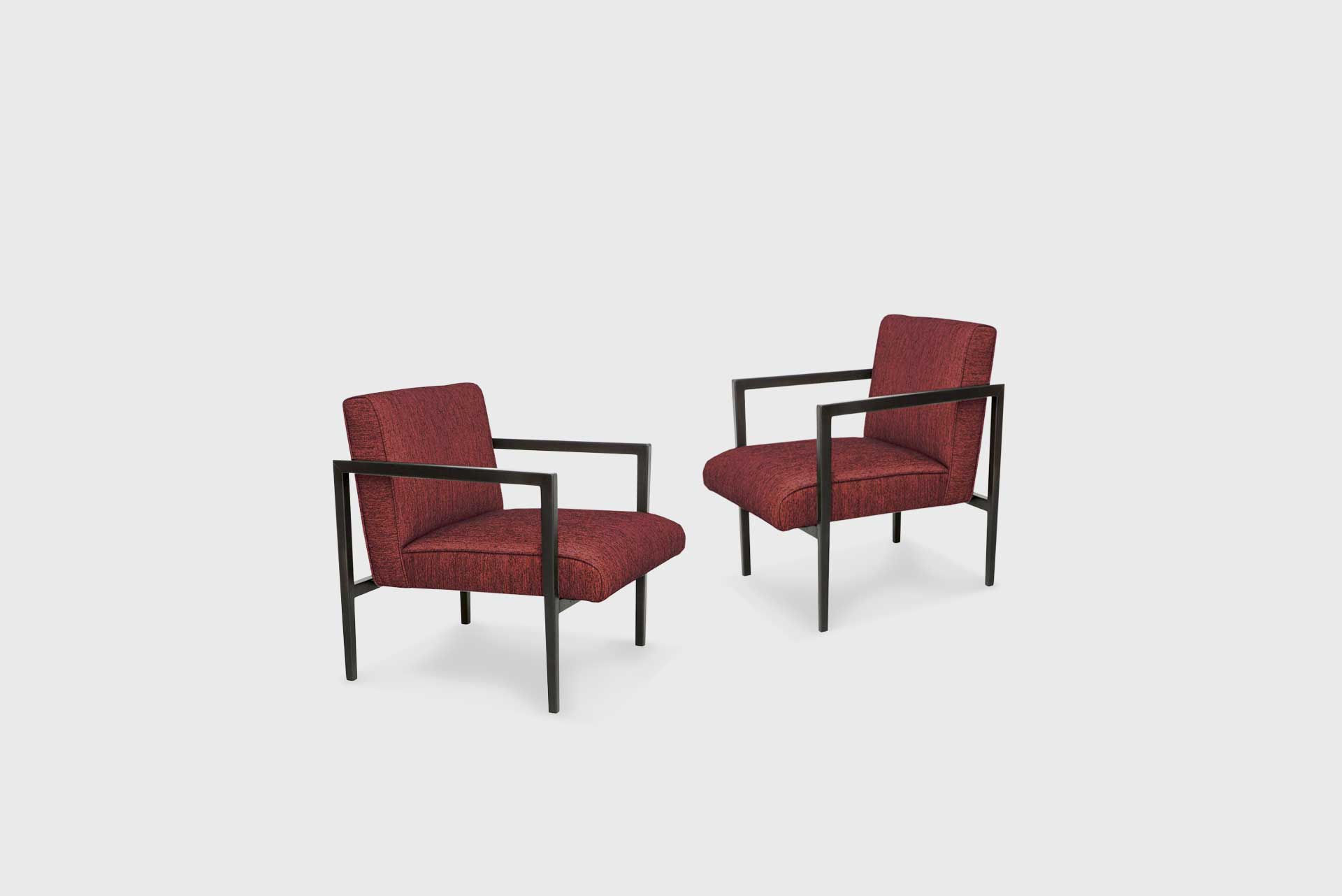 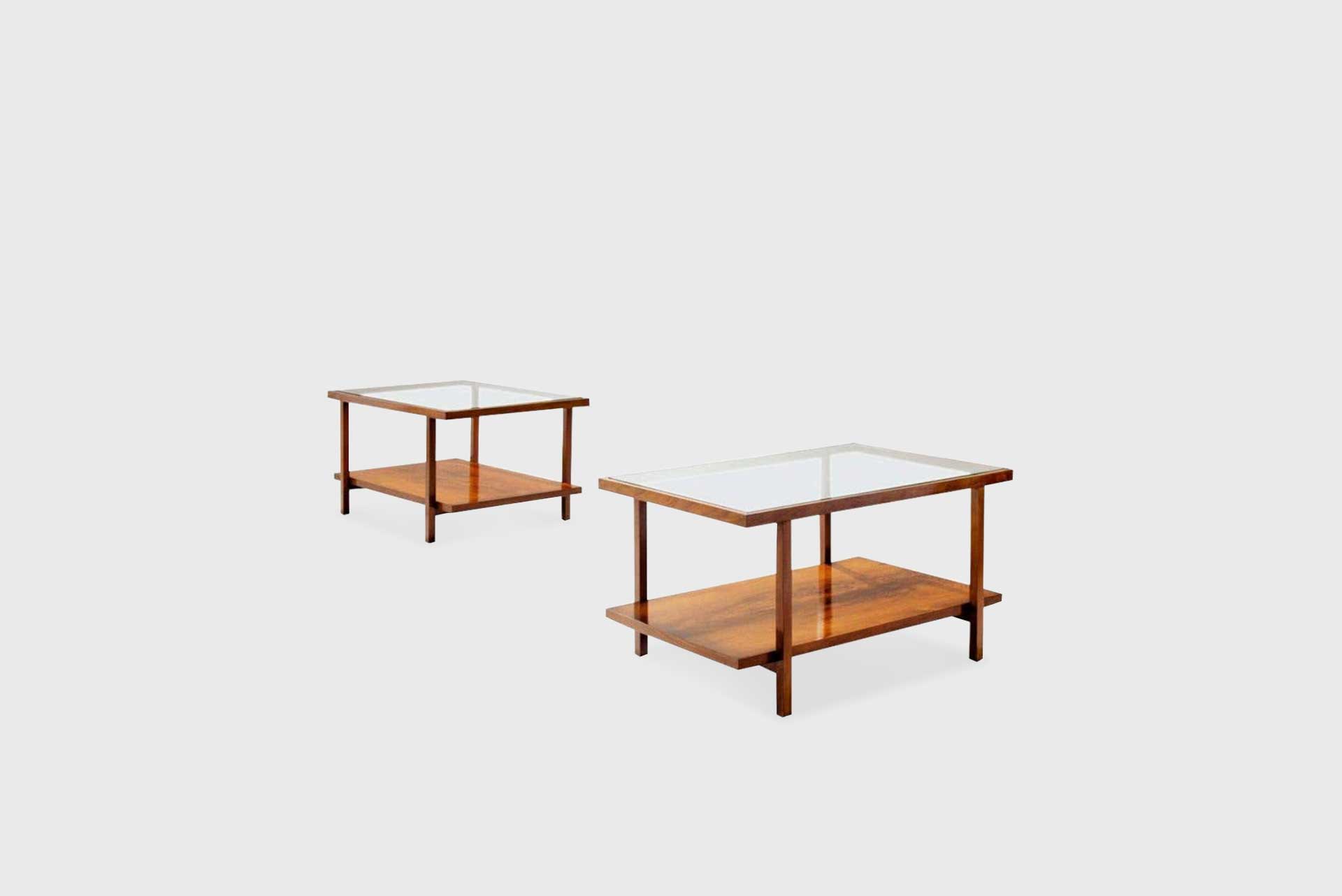 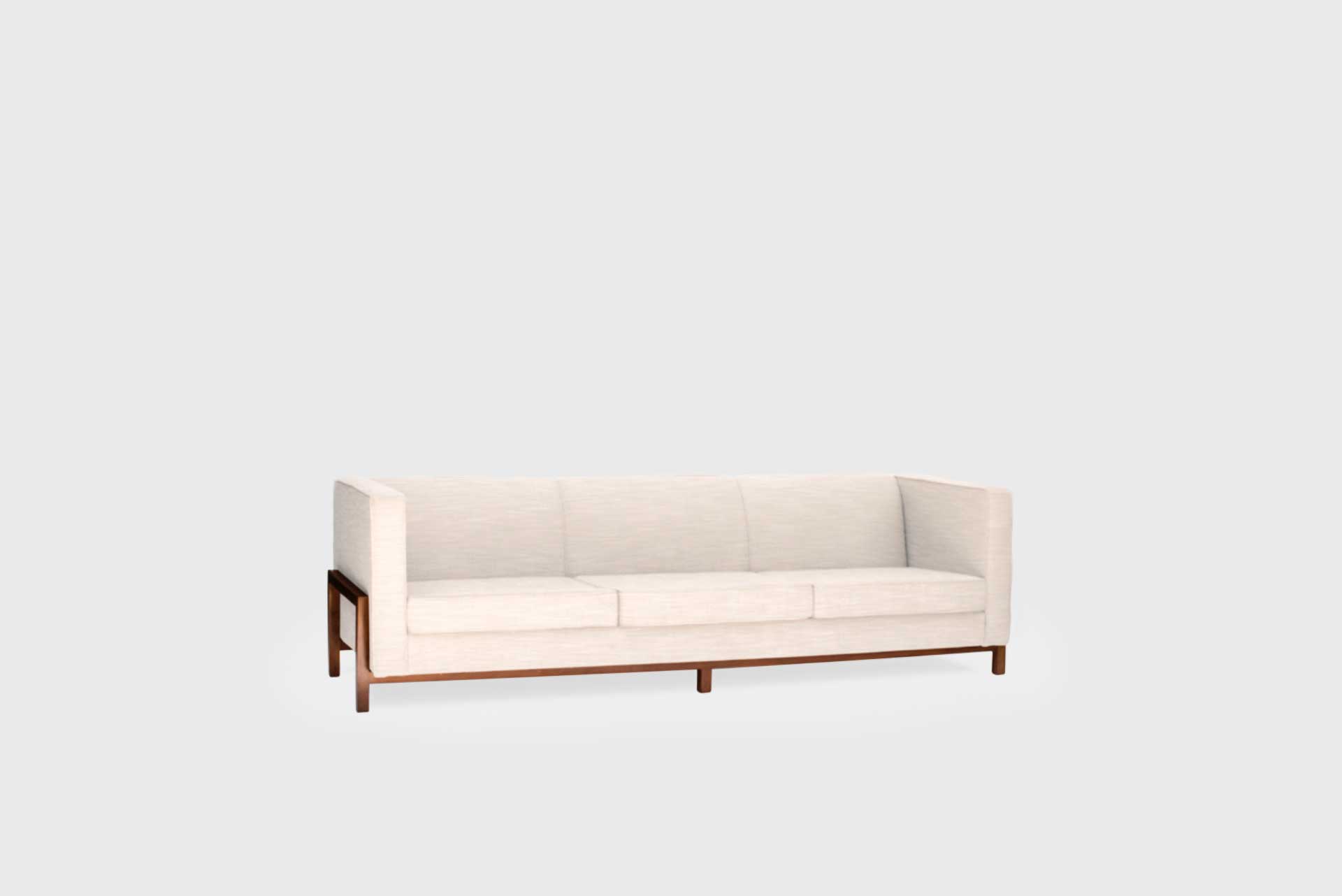 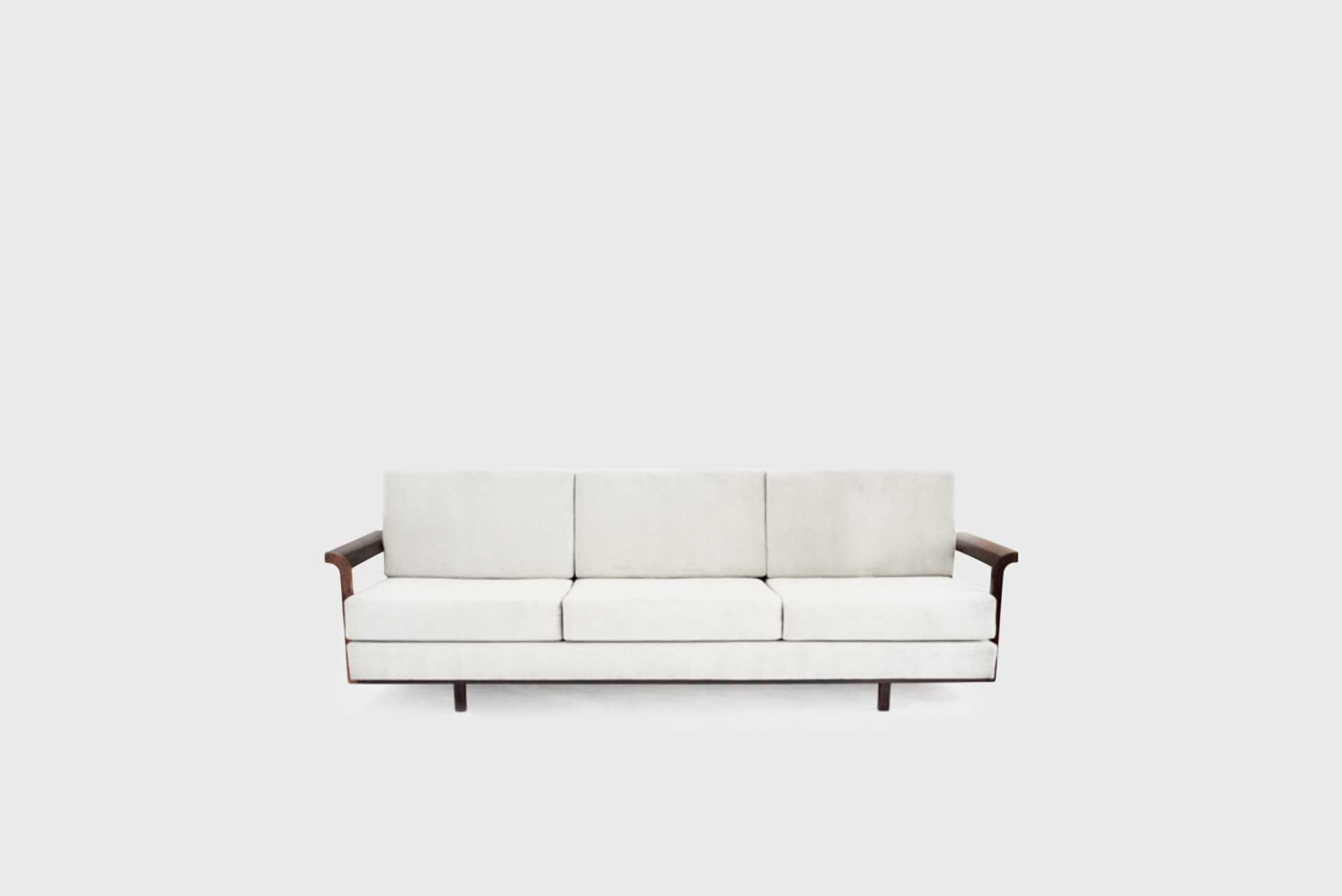 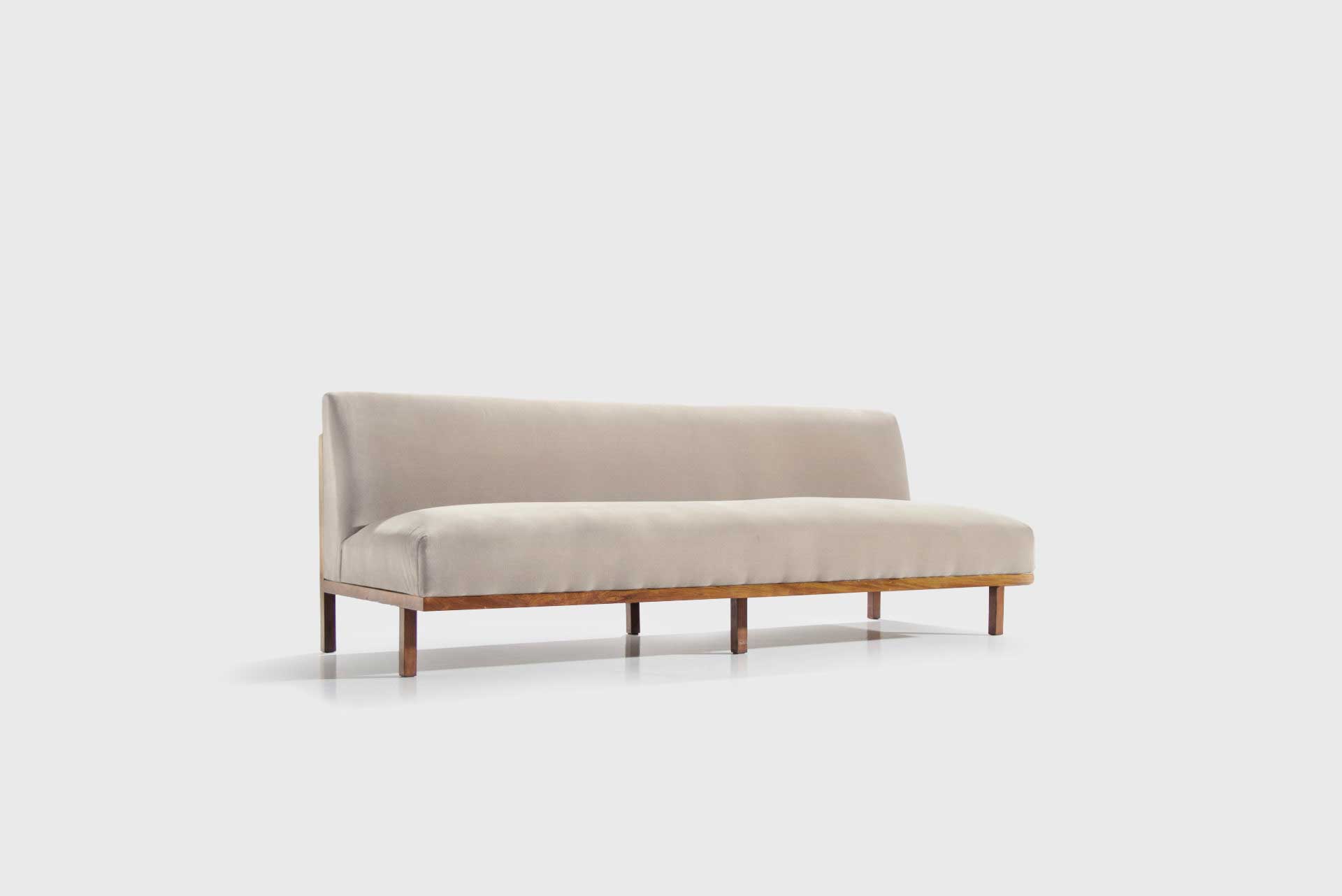 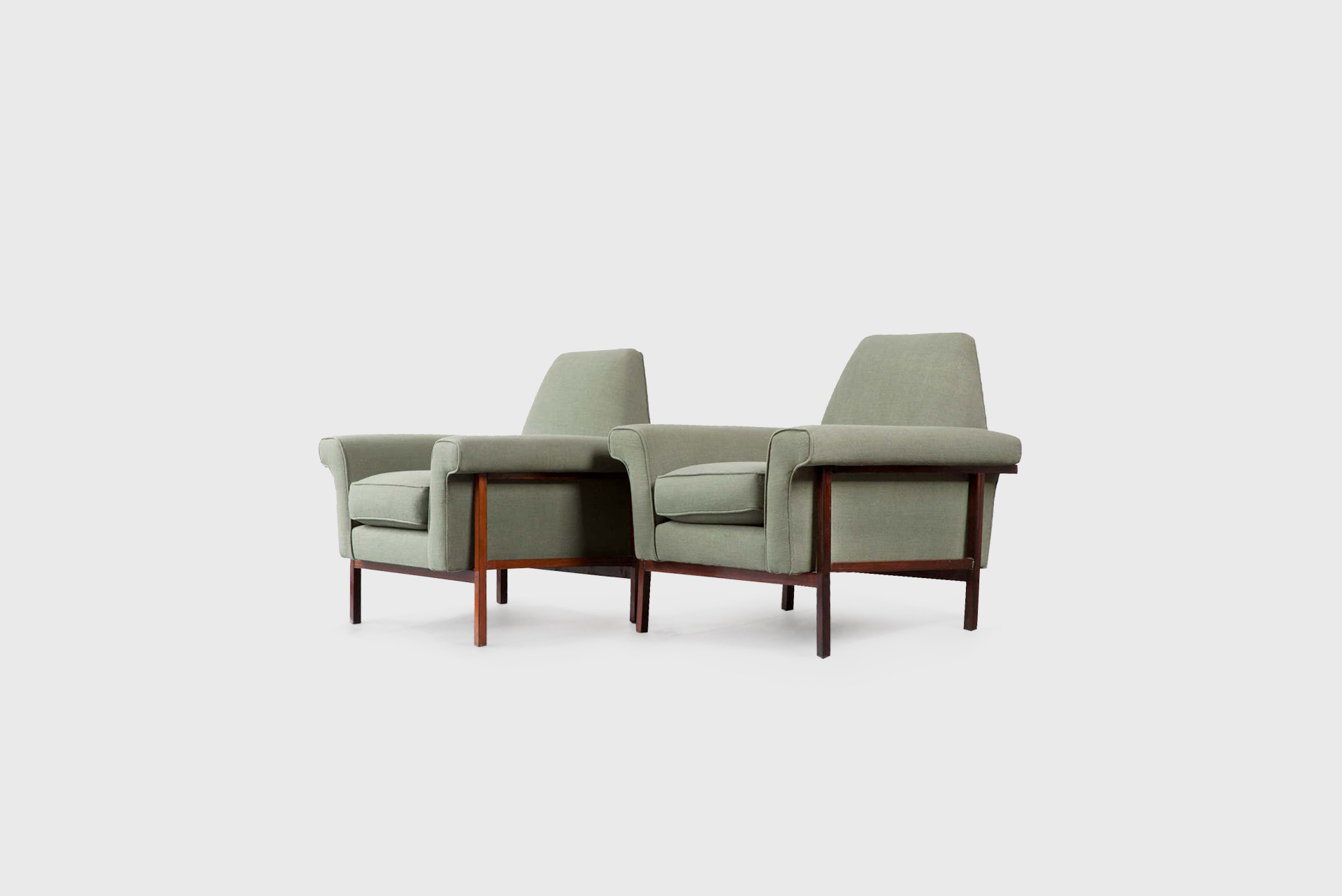 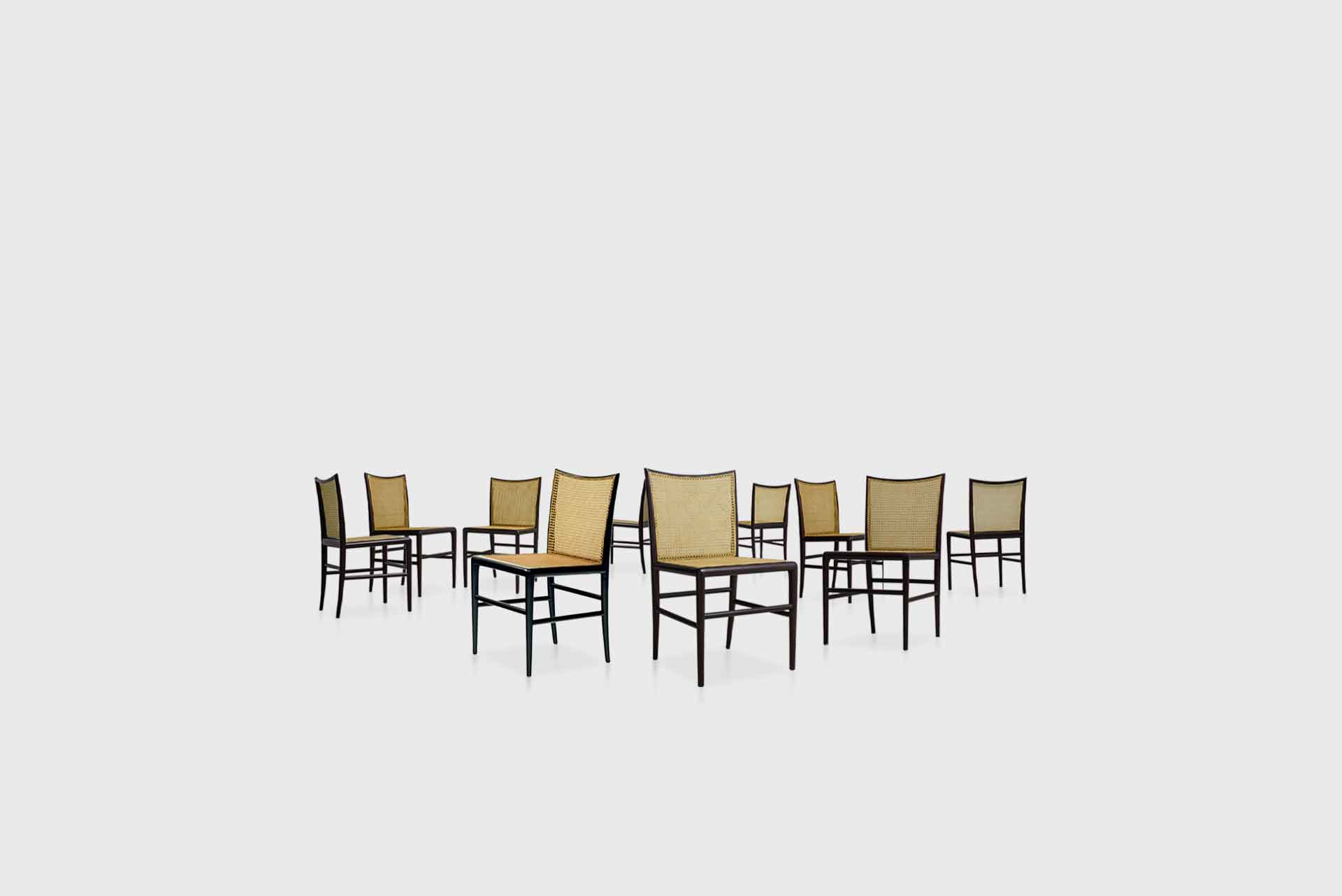 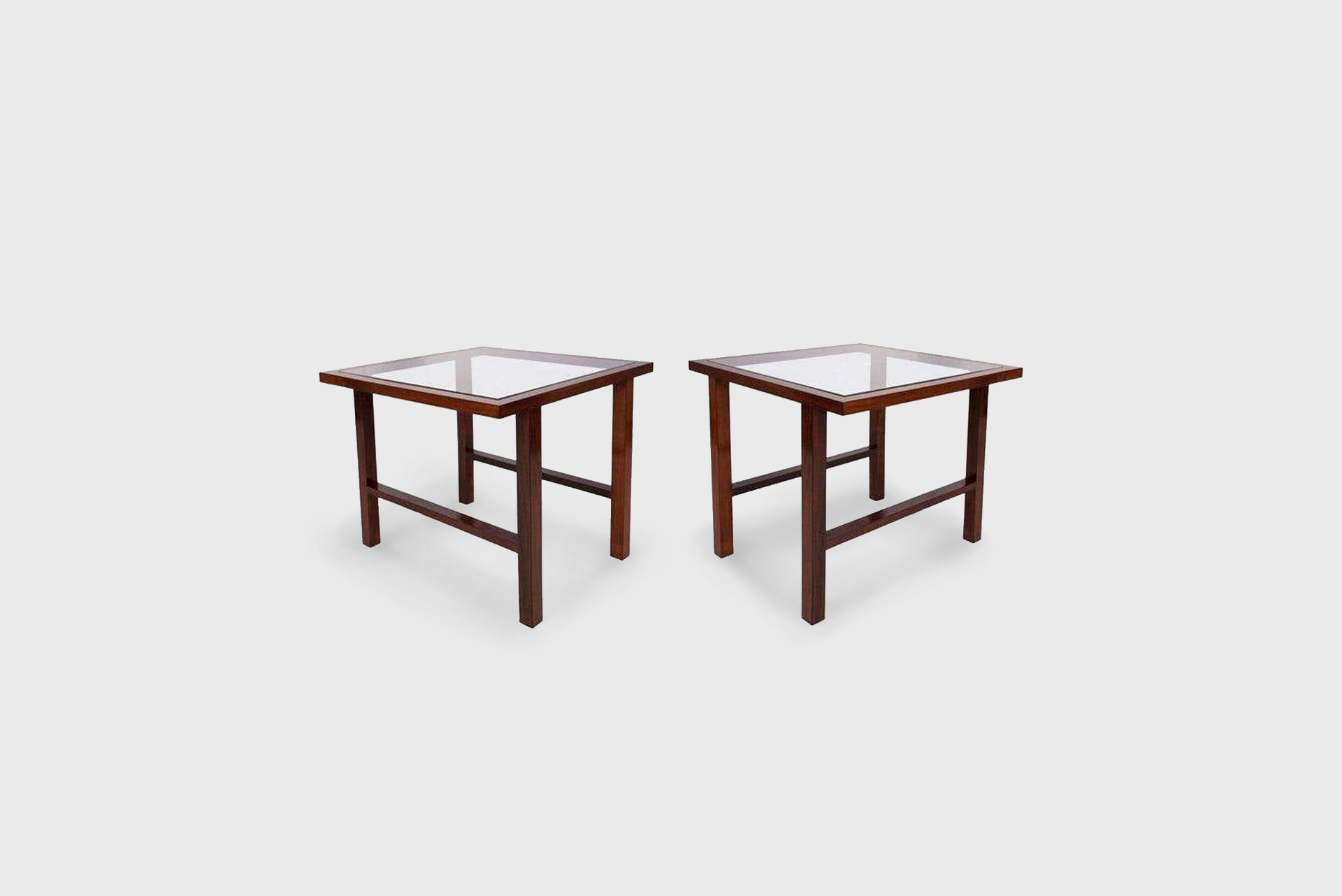 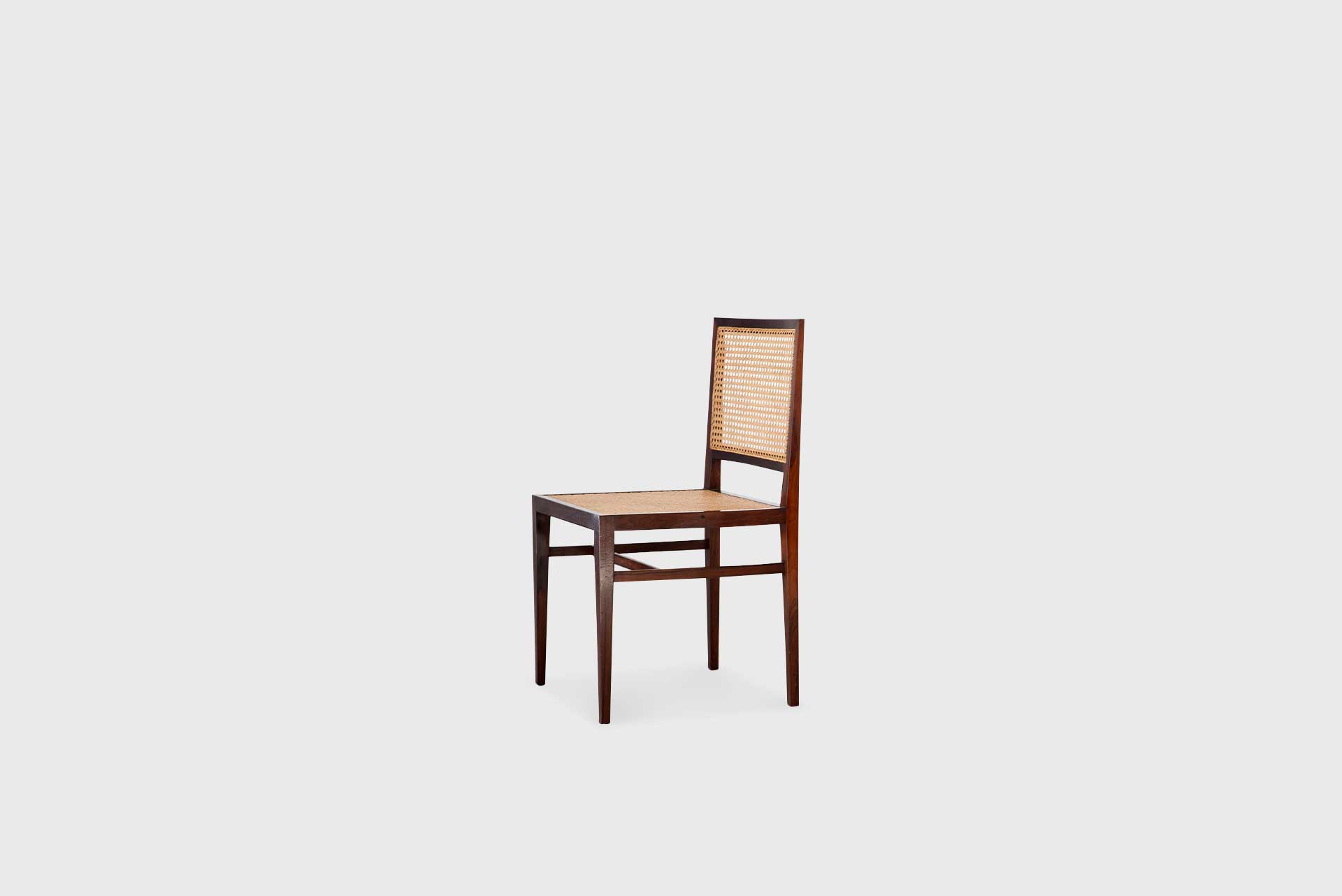