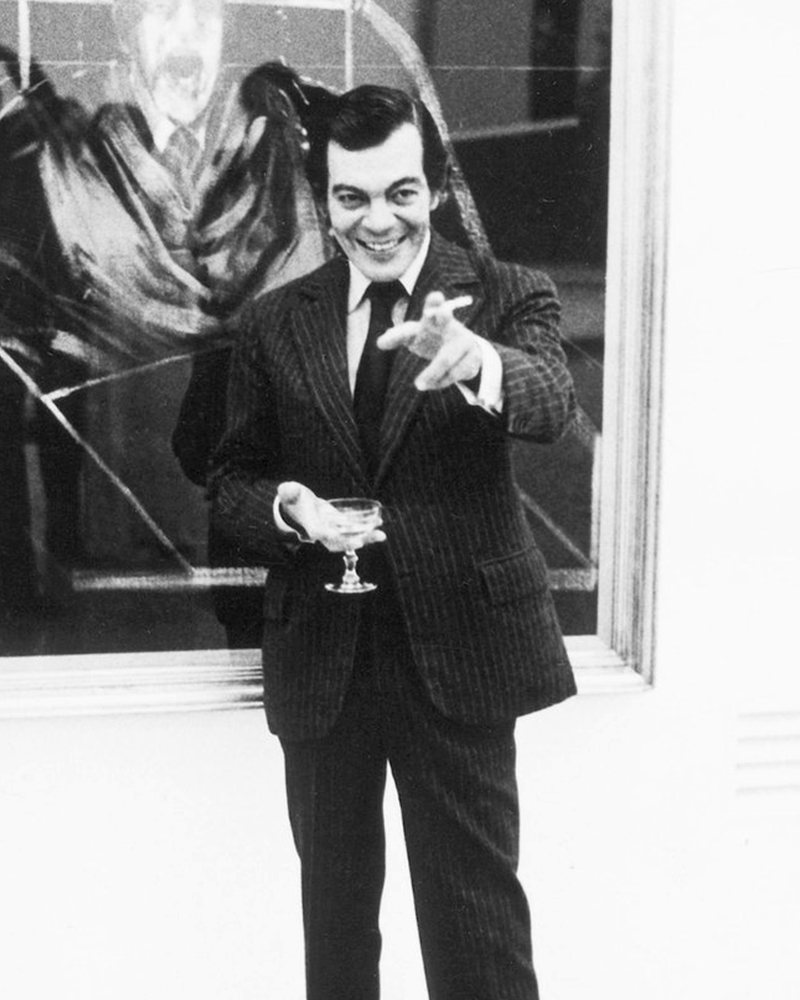 The 1950s in Venezuela were characterized by material progress and renewal. The architecture and furniture of simple geometric lines showed the lifestyle of a country that went from rural to urban. Lampolux, Decodibo, the Hatch Gallery, and Capuy were shops and galleries introducing modern furniture to Venezuela. Miguel Arroyo was the first to assume modern furniture design in these lands. He was remembered for his management as director of the Museum of Fine Arts and his ceramics, research, and arts teaching career.

Miguel Gerónimo Arroyo Castillo was born in Venezuela on August 28, 1920, and died on November 3, 2004. He was a ceramist, professor, curator, museographer, writer, critic, historian, furniture maker and interior designer, and a promoter of the arts and their conservation. He pioneered furniture design in Venezuela.

From a young age, it was clear in which direction Arroyo's career path would lead. In 1939 he traveled to the United States as an assistant to the painter Luis Alfredo López Méndez, who was commissioned to make the murals for the Venezuelan Pavilion at the New York World's Fair whose thematic axis was "the future". Later, in 1946, Arroyo was awarded a scholarship from the National Ministry of Education to study at the Carnegie Institute Technology in Pittsburgh, where he approached the applied arts.

In 1949, the Gato store, a pioneer in marketing ornamental and "design" objects opened. The store was in a house on Los Jabillos Avenue in Sabana Grande. Arroyo produced ceramics, enamels, and modern furniture for the new enterprise. In the 1950s, he joined the avant-garde group The Dissidents, within which he manifested his ideas around the role of design in Venezuelan society. For Arroyo, abstractionists cared "for architecture, industrial design, crafts, and imagine a state of integration of the arts according to which they are present not only in the large mural or in the polychrome of buildings, but also in the design and selection of materials and color of objects as common as a saucepan can be."

Modern architecture boomed in Caracas of the Fifties, the City University designed by Carlos Raúl Villanueva, and the Urbanization Bello Monte promoted by Inocente Palacios, was commissioned. However, there were few modern furniture firms conceived in the country.

In Latin America, the modernist aesthetic of furniture was expressed by introducing local elements such as cultural identity, environmental conditions, and the rescue of artisanal traditions. The result was usually the contrast between the new and the old. In an article written for Magazine A in 1954, entitled: Modern Furniture for a Colonial House, Arroyo testified to his creative process for furnishing Alfredo Boulton's beach house in Pampatar, New Sparta state.

Arroyo investigated colonial furniture in Mexico by accepting the commission, which began with carefully observing specimens exhibited in the Quinta de Anauco. He concluded that the main characteristics of colonial furniture were sobriety, material (wood), preference for curved lines, and craftsmanship. This information was the basis for designing the dining set, a wardrobe, the seating, and the rooms, which formally exhibit an authentic integration of colonial aesthetics with the modernist language. Several of these objects were in the exhibition Interior Modern, mounted in the Sala Trasnocho Arte Contacto in 2005.

Between 1950 and 1959, Miguel Arroyo designed more than one hundred pieces of furniture, both for individual projects and companies. He mainly worked with native woods and often collaborated with the cabinetmaker of Canary origin Pedro Santana. The woods were used according to their texture, hardness, and color and sometimes combined with other materials such as metal, marble, and formica.

There were also opportunities in which Arroyo's furniture evoked the visual rhythm of geometric abstraction at an aesthetic level. He created the table for the Mendoza family with the concept of "empty-full".

After the sixties, Arroyo moved away from furniture design without neglecting his passion altogether. He was called to participate in a team of advisors to the La Estancia Center, the first national institution conceived to promote design and photography in the mid-1990s. He continued to act as an advisor to different cultural projects and as a researcher until his death in 2004. 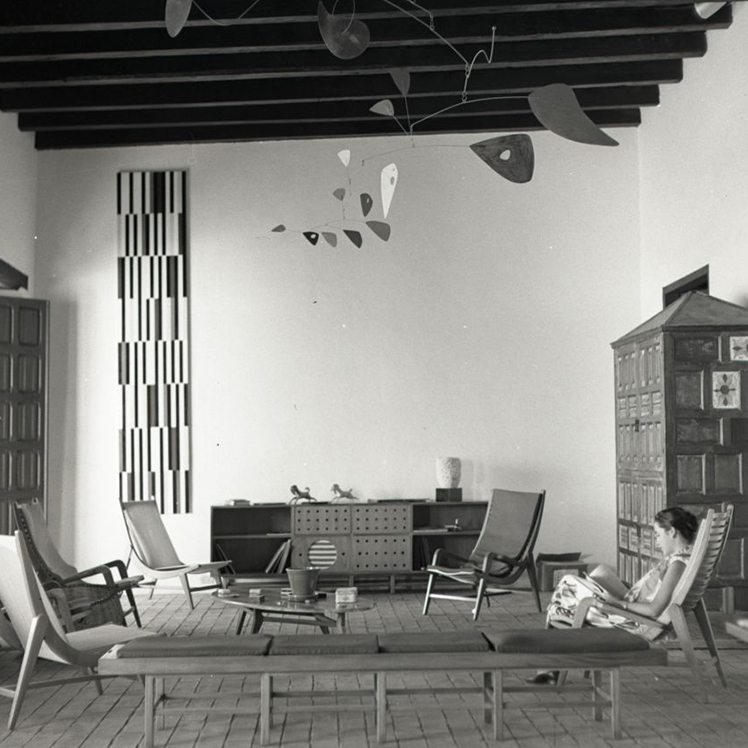 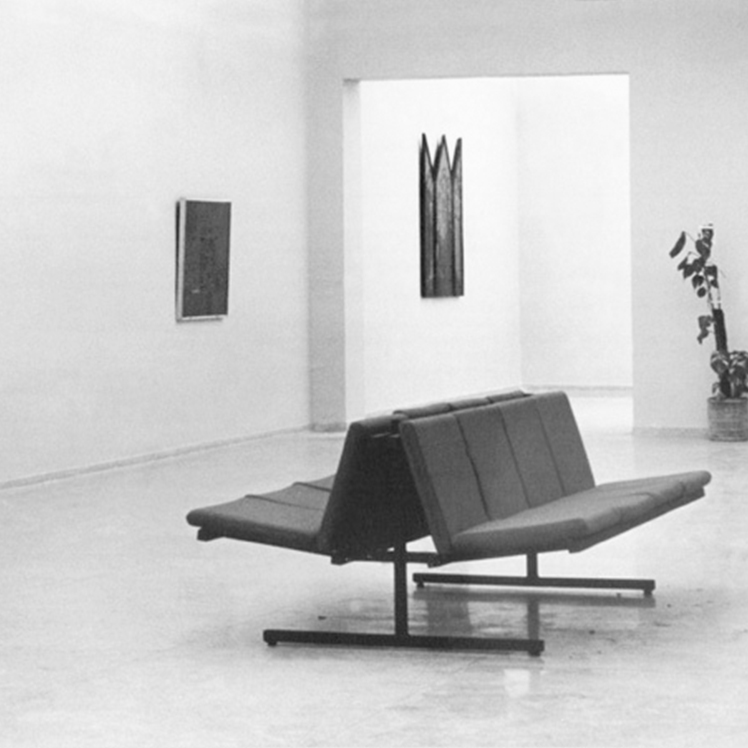 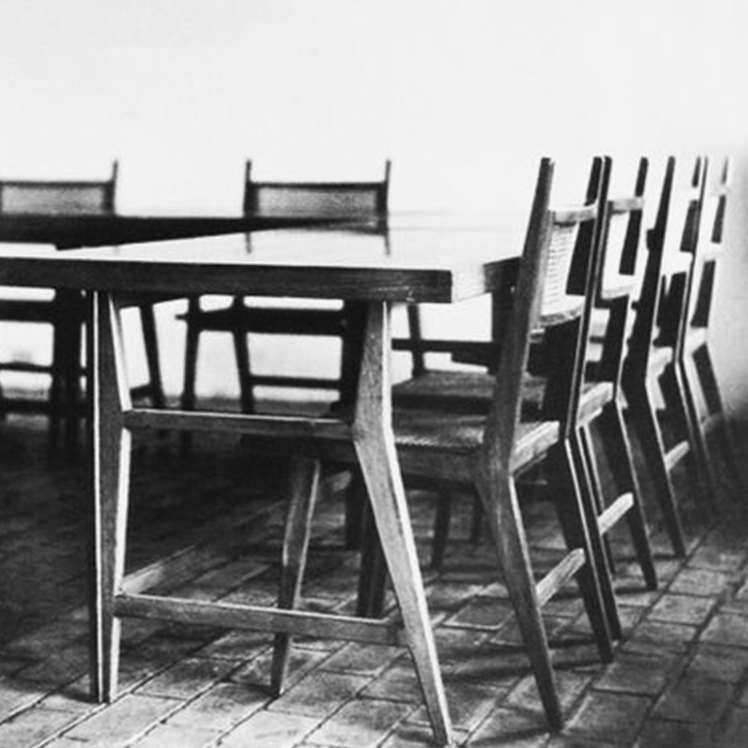