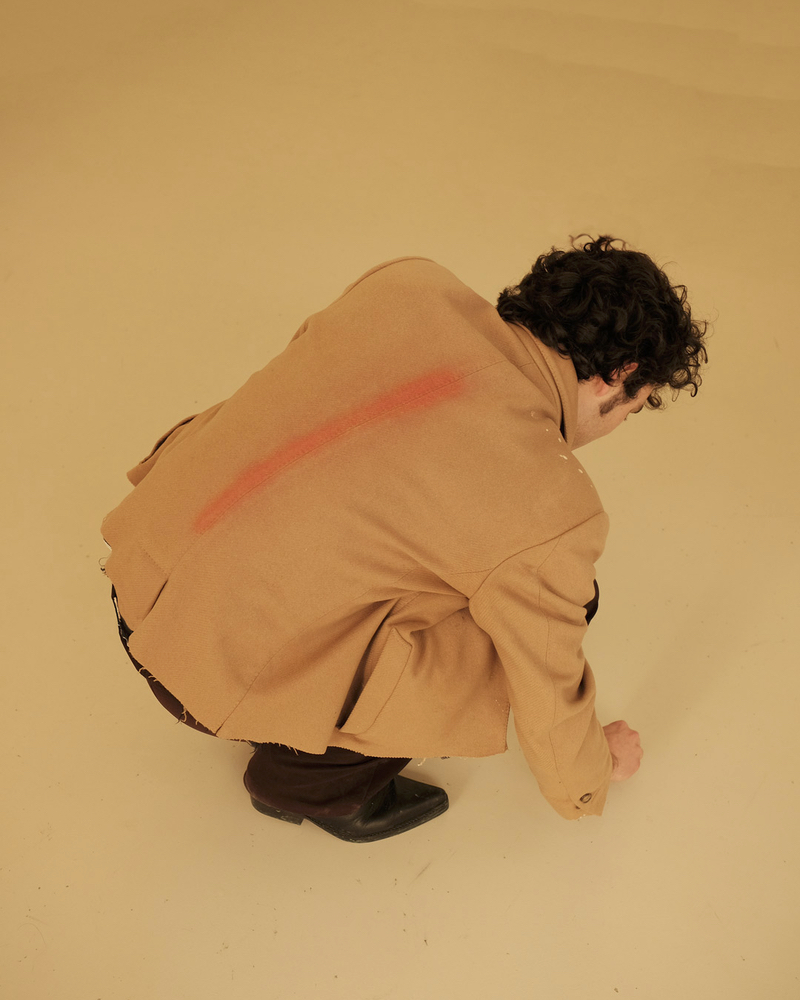 Andrés Izquierdo (b.1993) is an artist and designer living and working in Madrid. Izquierdo disfigures, mutates and weaves together an amalgam of fictions, phenomenons, superstitions myths or reveries. By twisting them and forcing them to coalesce on the same landscape he builds autonomous narratives which break out of his own domain. His creative process leans on visions or revelations rather than on intellect or academia therefore he sees the studio as a sacred place for objects to emerge in the manner of rituals and invocations.
Conflicting opposite physical and philosophical conditions such as divine and perverse, artificial and self-generated, baroque and minimalist, or abstract and hyper-realistic; The results of his investigations conclude in the form of sculptures, functional objects, scenographies, architectures or immersive installations where spiritual and metaphysical questions raised through perception and illusion discuss the nature of earthly notions such as faith, guilt, time, violence or awareness.