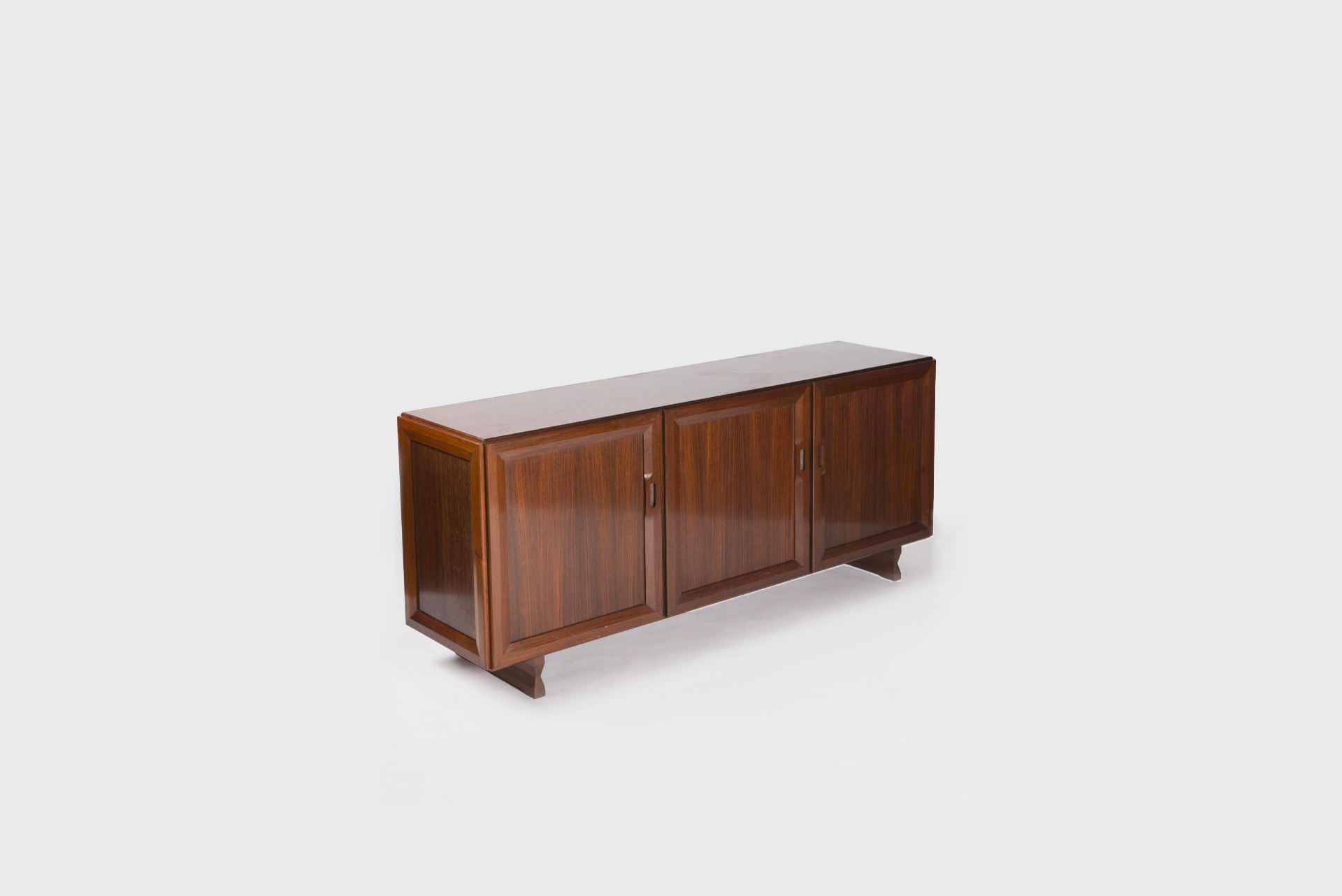 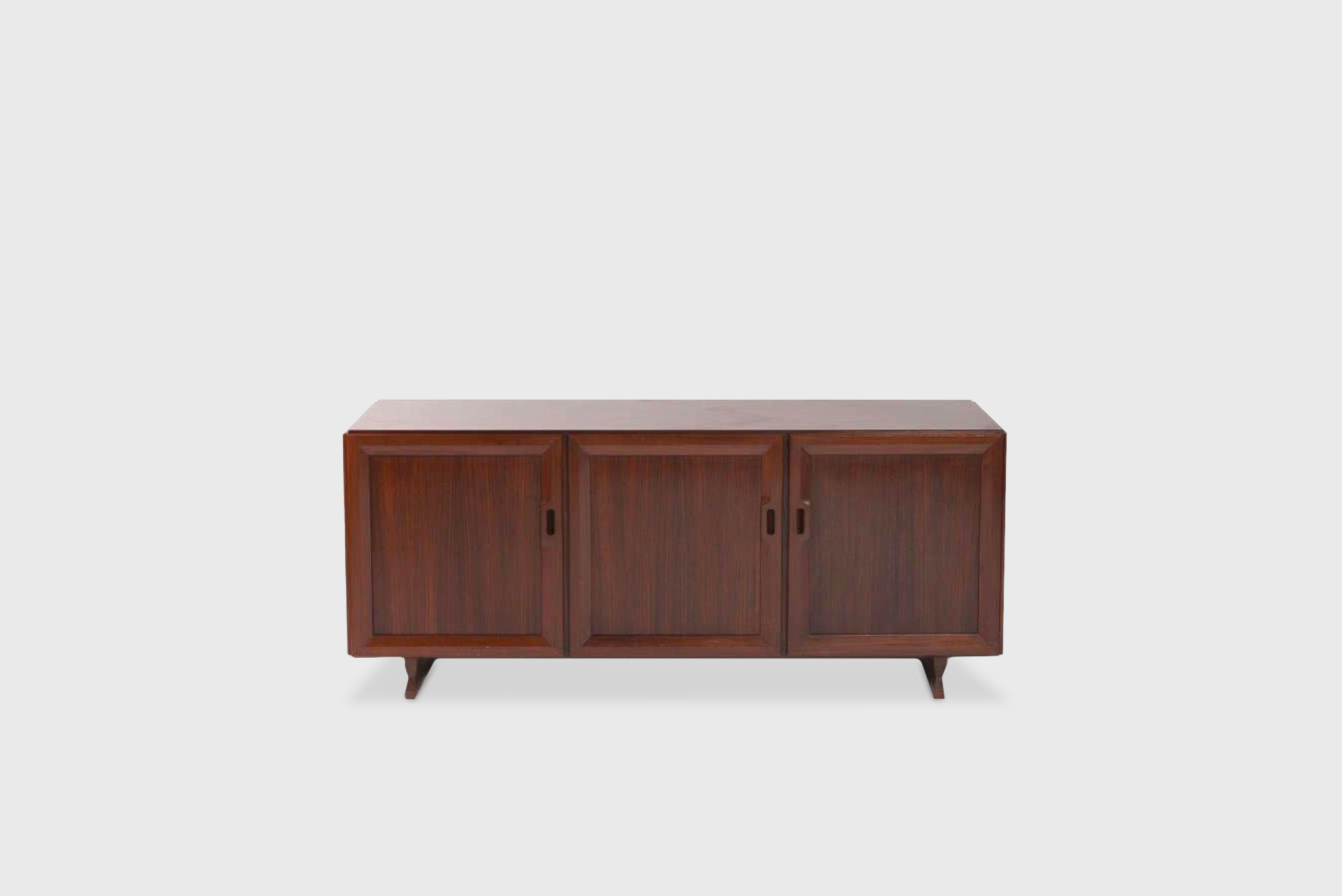 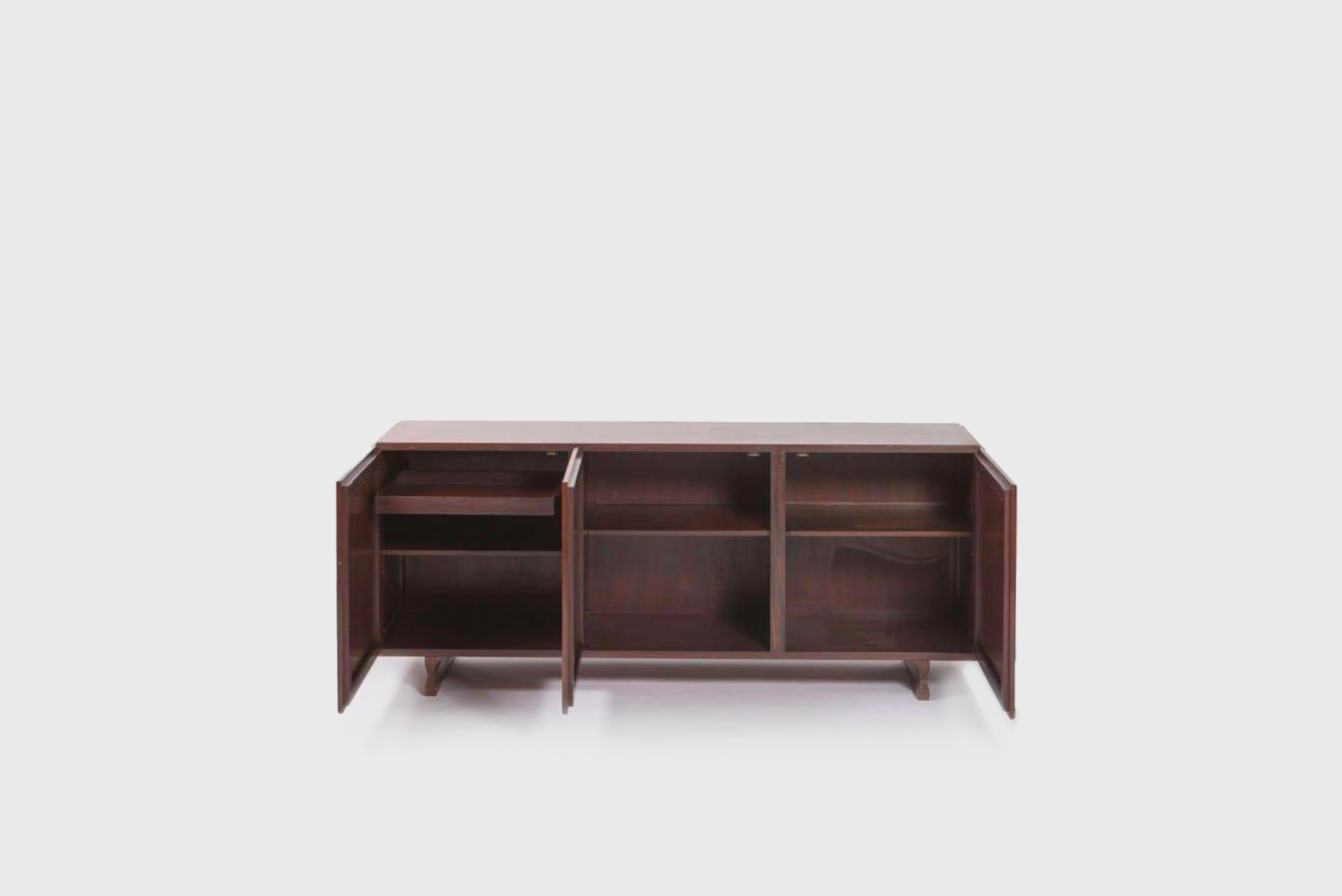 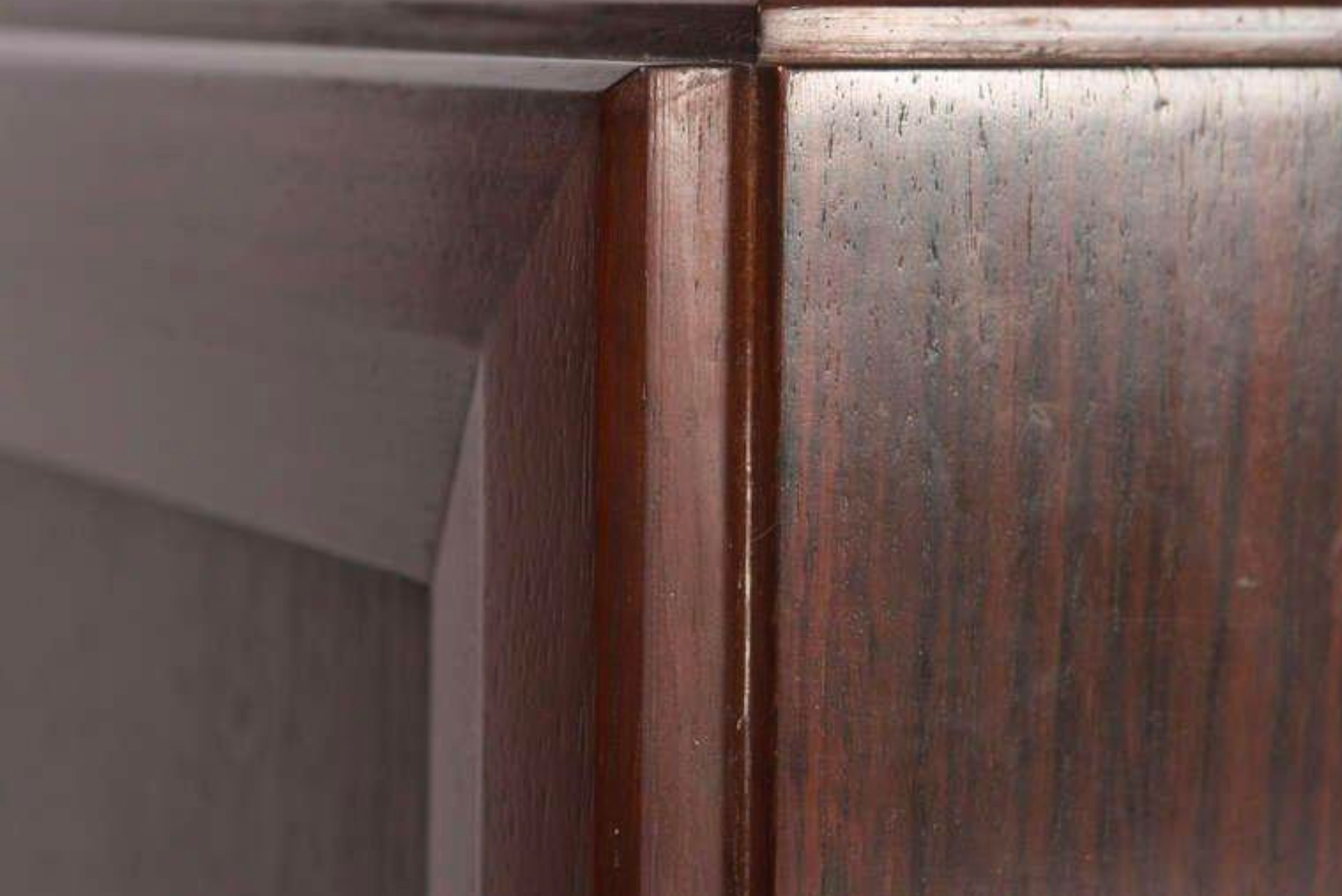 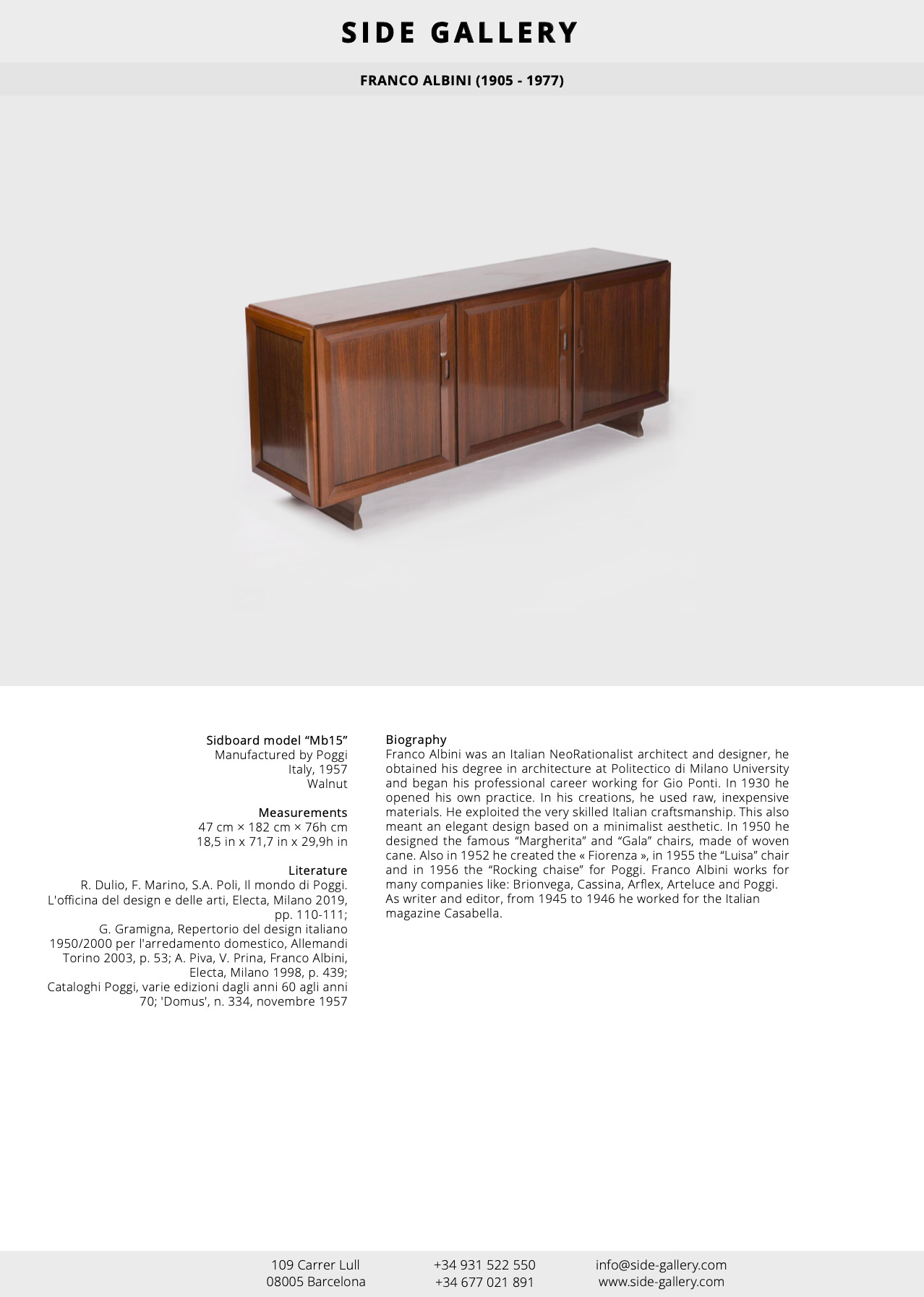 Biography
Biography
He was a major figure in the Rationalist Movement, excelling in architectural, furniture, industrial and museum design. After receiving a degree in architecture from the Politecnico di Milano in 1929, he worked with the Ponti and Lancia design studios. His work for the magazine Casabella also played a key part in his development, marking his conversion to the Rationalist Movement and his becoming its spokesman on the Italian cultural scene. When he set up his own practice in Milan in 1931, he took on the challenge of workers’ housing and continued in this vein after the war, thanks to the opportunities offered by the reconstruction projects he worked on with Franca Helg from 1952. In Milano, he planned the development of the stations on Line 1 of the city’s subway system (1962/63), in collaboration with graphic designer Bob Noorda. In Genoa his works include the Palazzo Bianco (1949/51), Palazzo Rosso (1952/62), and Tesoro di San Lorenzo (1952/56) museums. Franco Albini was the recipient of many honors in recognition of the importance of his cultural contributions.
In all his work, from home furnishings to industrial and museum design projects, Franco Albini always instilled a logical consistency, an extreme purity of expression and exceptional ethical and historical integrity.The architectural and design work of Franco Albini represents a keystone of the Italian architectonic culture from the early 20th century through his intense activity revolving around a creative and rigorous approach to composition and building that expresses a particularly high degree of estheticism.