IN A CLOUD, IN A WALL, IN A CHAIR. Arts Institute of Chicago | Side Gallery
EXHIBITIONS 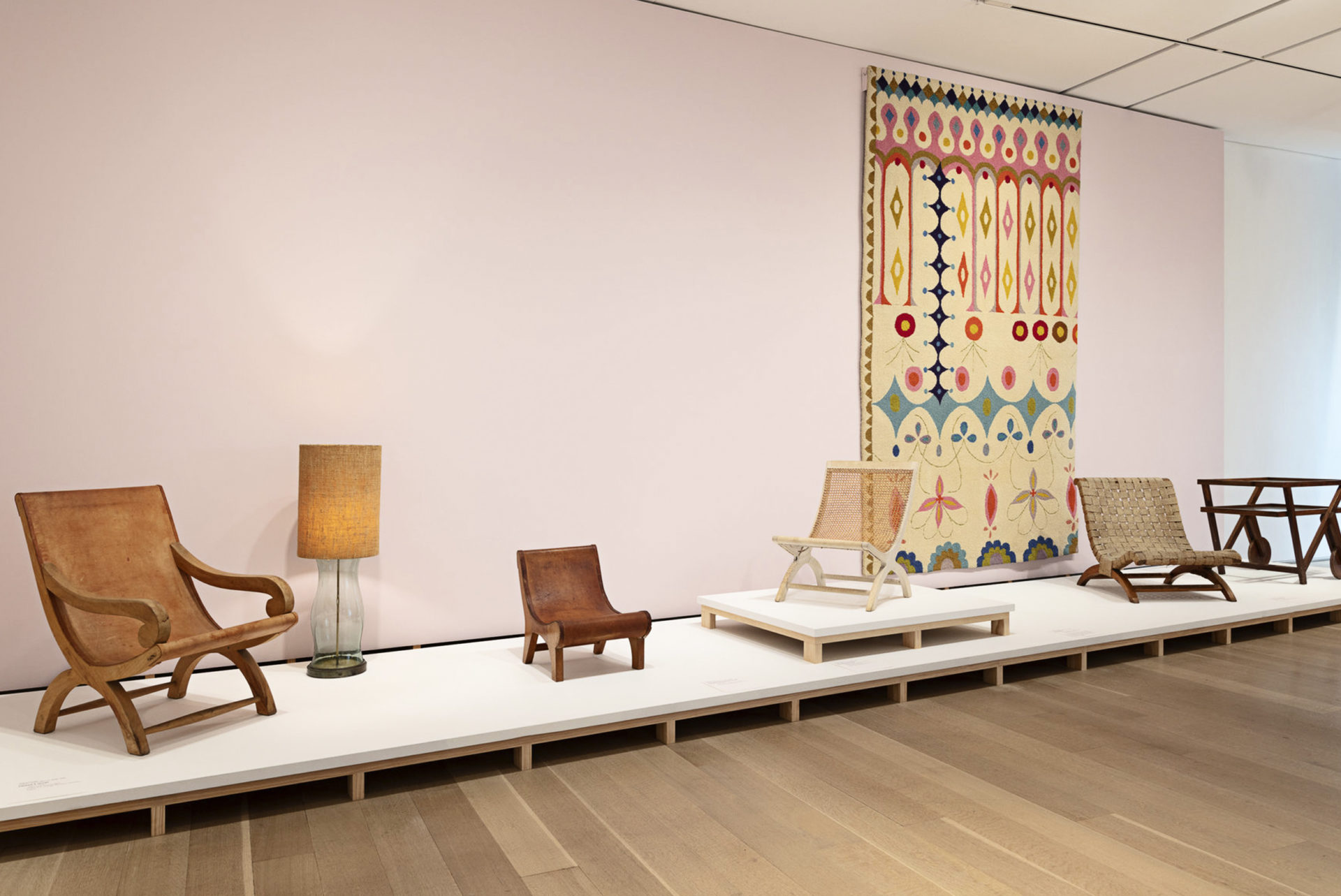 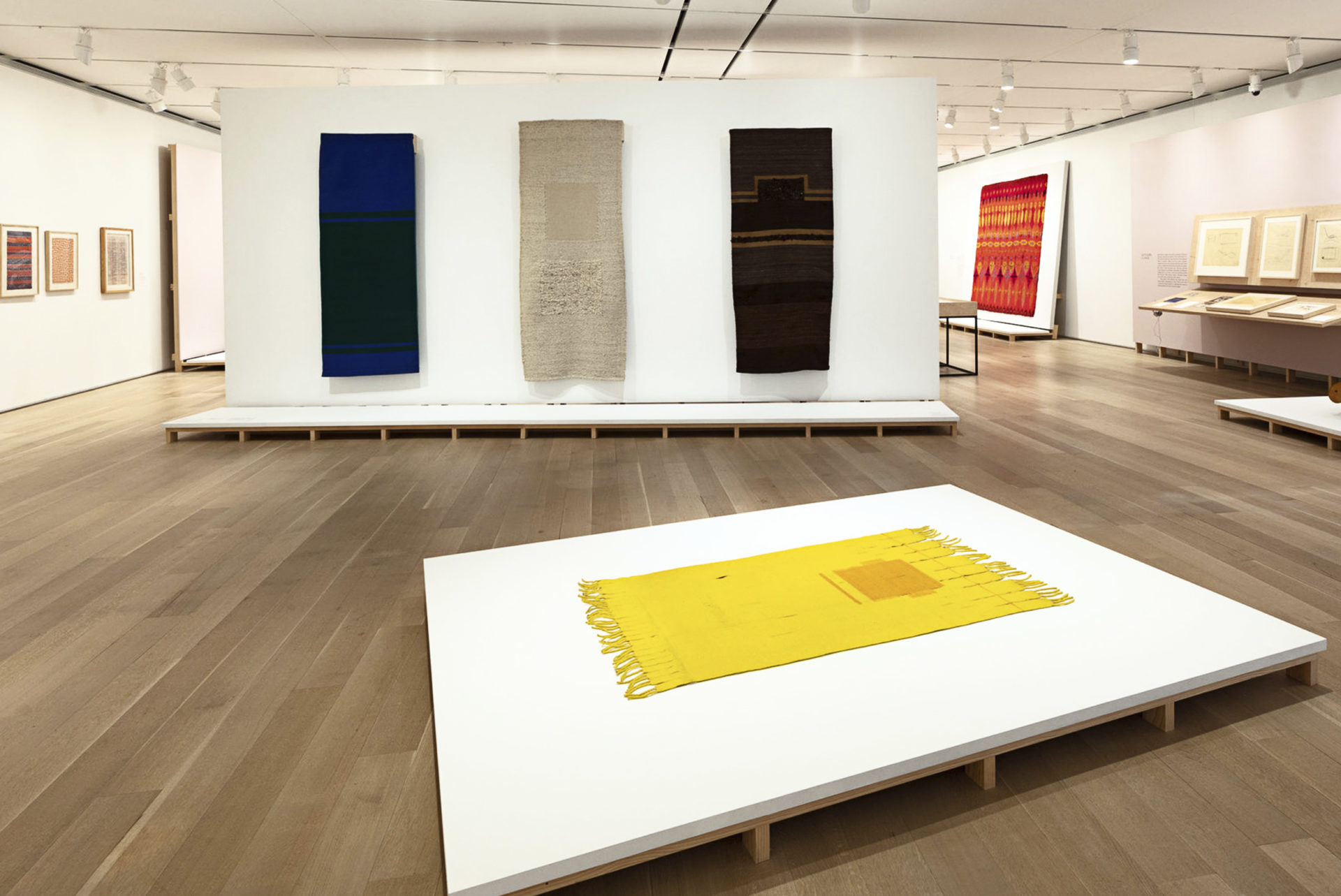 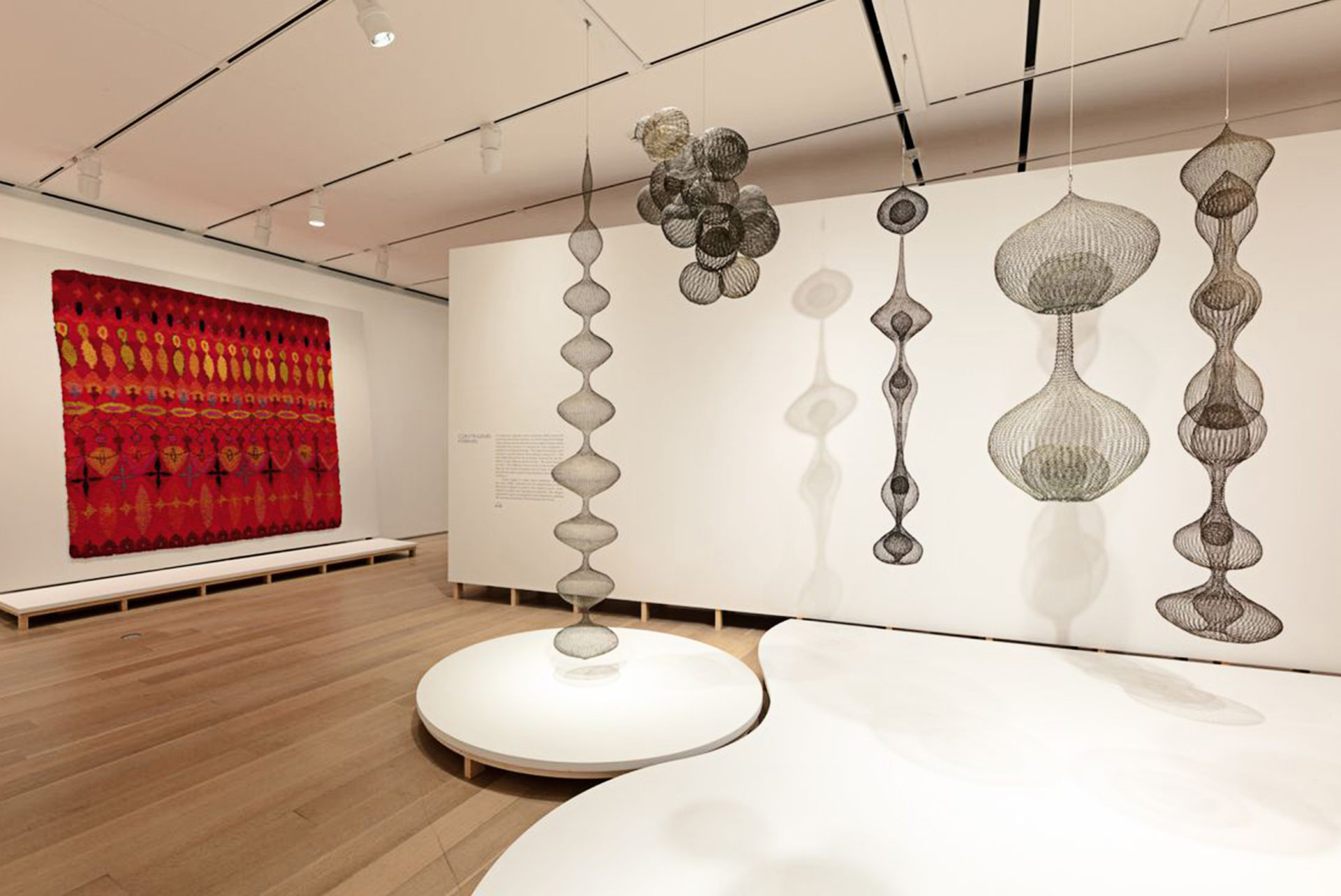 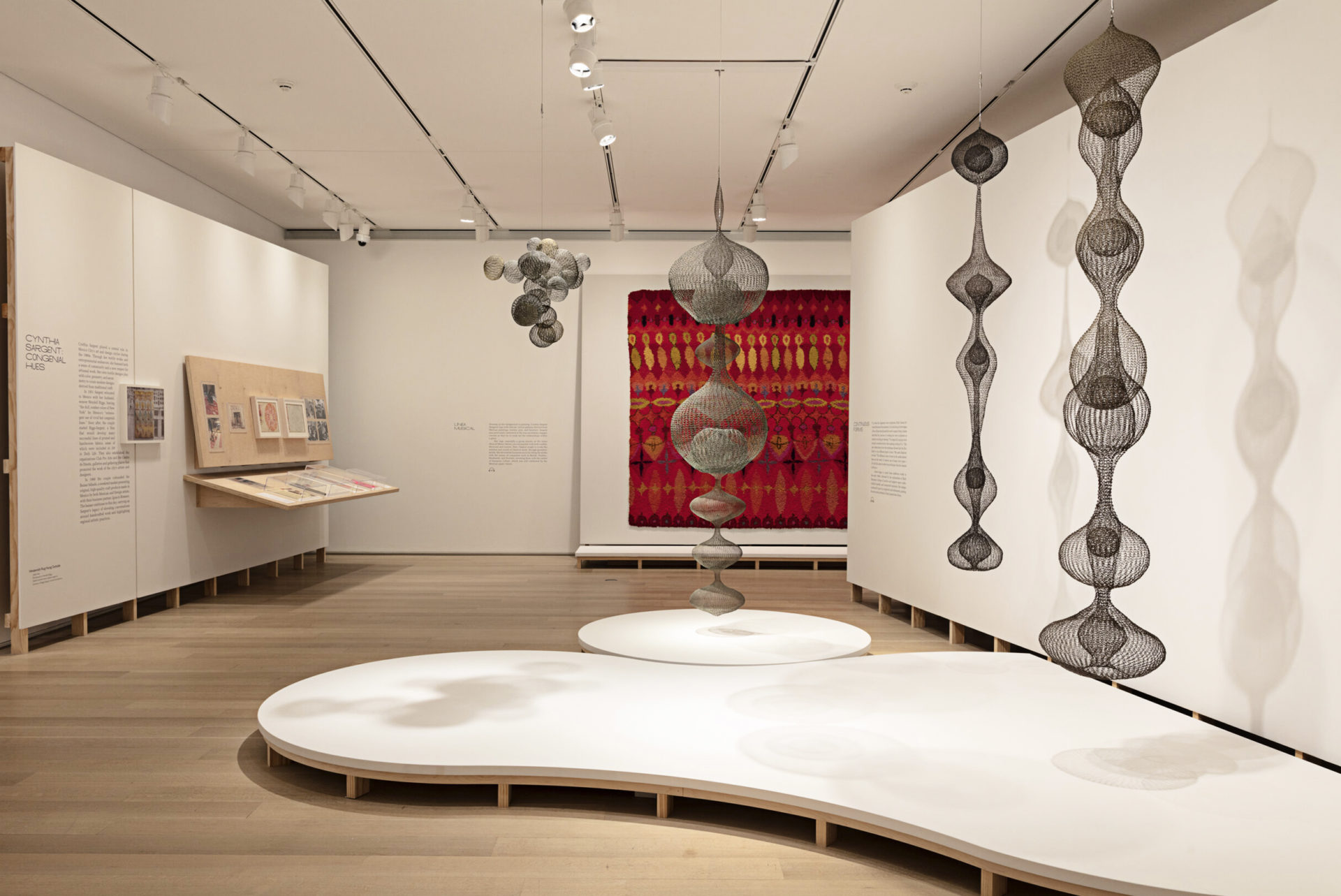 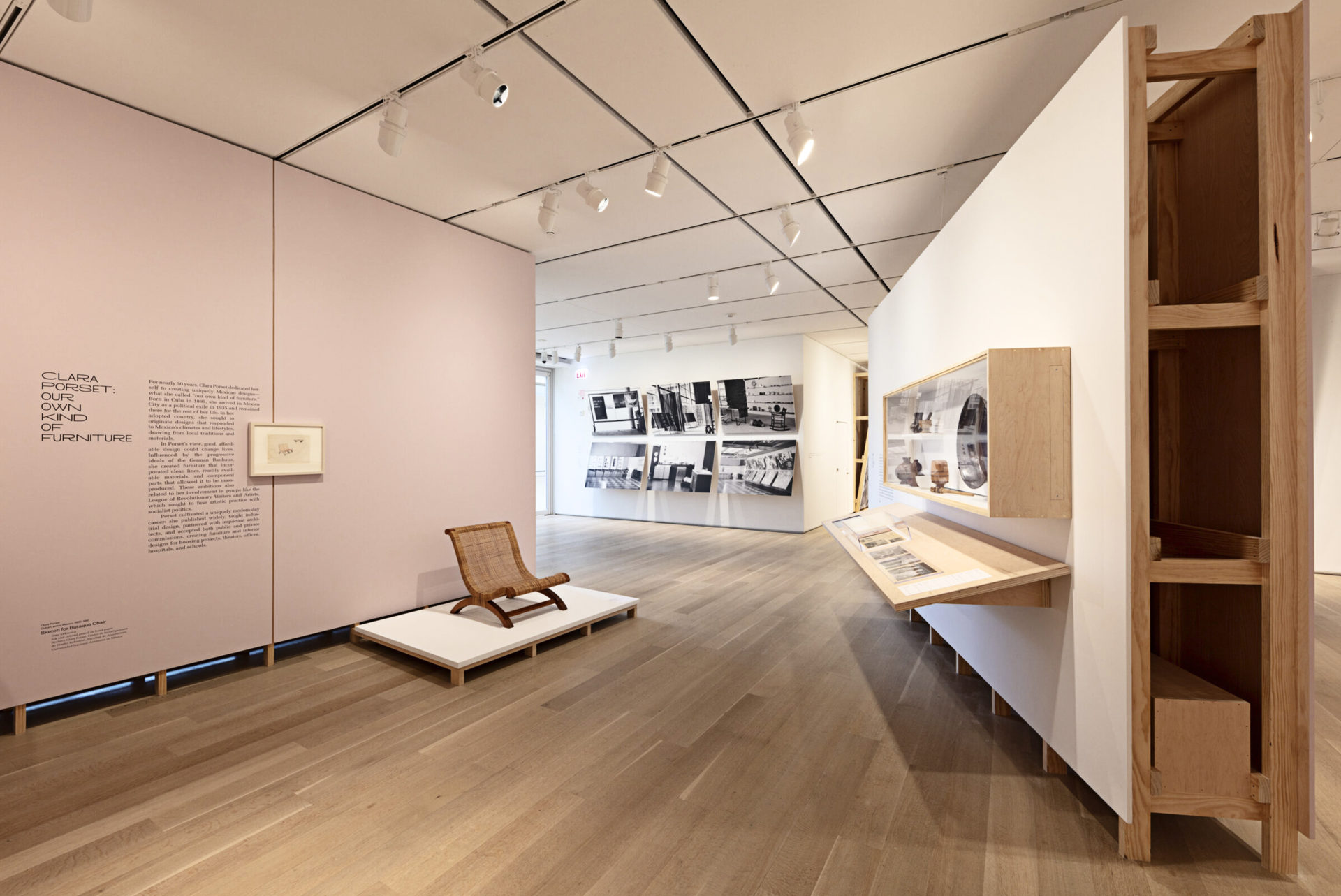 This exhibition was the first to explore Mexico’s impact on these visionary artists and designers. It takes its title from a quote by Clara Porset, a political exile from Cuba who became one of Mexico’s most prominent modern furniture designers. Influenced by Bauhaus ideas, she believed that design could reshape cities, elevate the quality of life, and solve large-scale social problems. This approach informed her 1952 exhibition Art in Daily Life, which in the exhibition catalogue she wrote, “There is design in everything … in a cloud, in a wall, in a chair, in the sea, in the sand, in a pot,” encouraging us to look at both the natural as well as the mechanical world for inspiration and ideas.

Arriving in Mexico City in 1935, Porset started her design studio in the early 1940s. Inspired by the country’s climate, lifestyles, aesthetic and cultural traditions, and political progressivism following the end of the Mexican Revolution (roughly 1920), she envisaged designs to be made from local materials and used both hand and industrial manufacturing techniques.

Mexican artist Lola Álvarez Bravo, a close friend and collaborator of Porset, was one of few women photographers working in the country during this period. Her photographs are essential to understanding Porset’s no longer extant projects, and her dynamic photomontages, created by cutting and pasting together parts of different photographs to create new images, provide insights into Mexico’s richly layered social, political, and geographical landscape during the 1940s and 1950s. 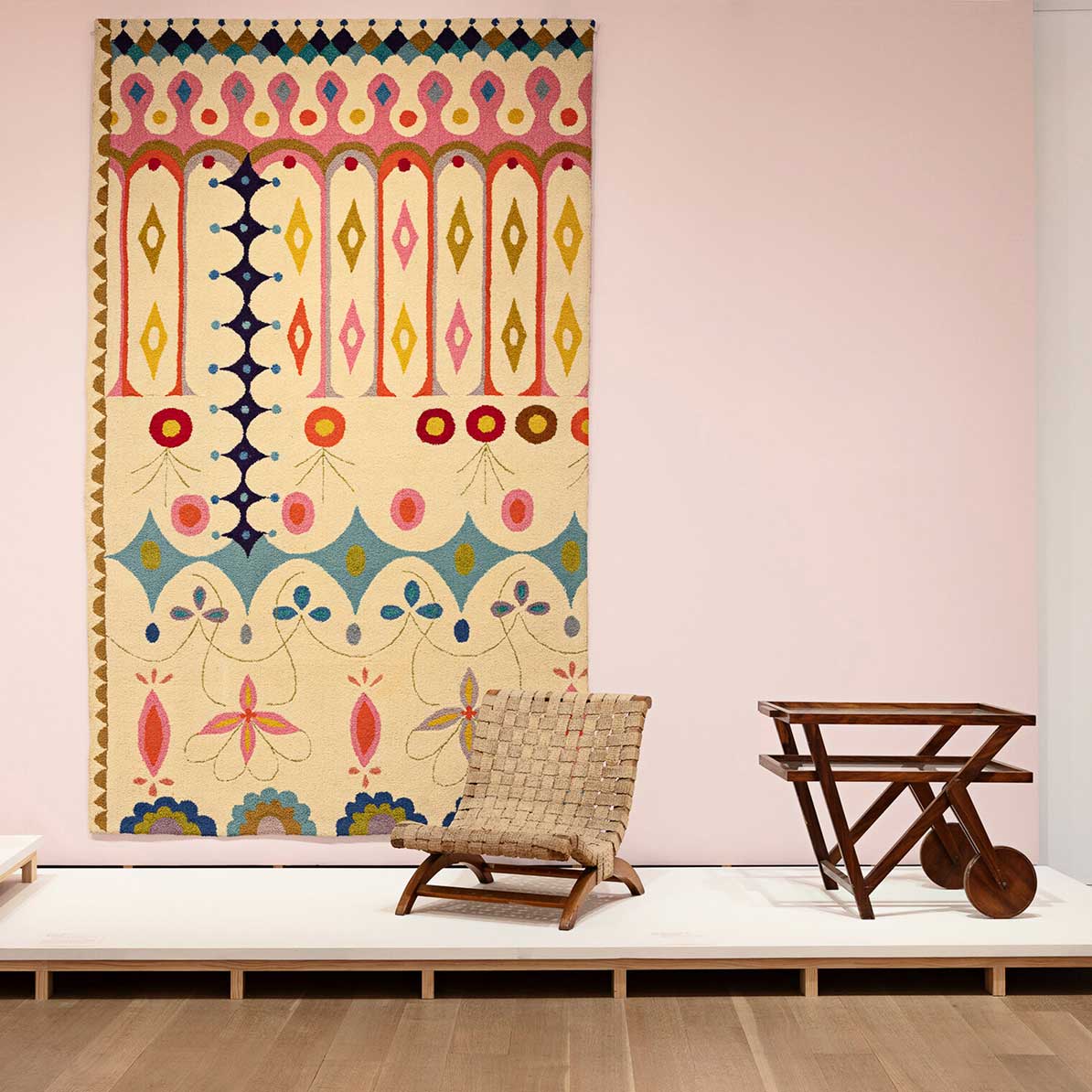 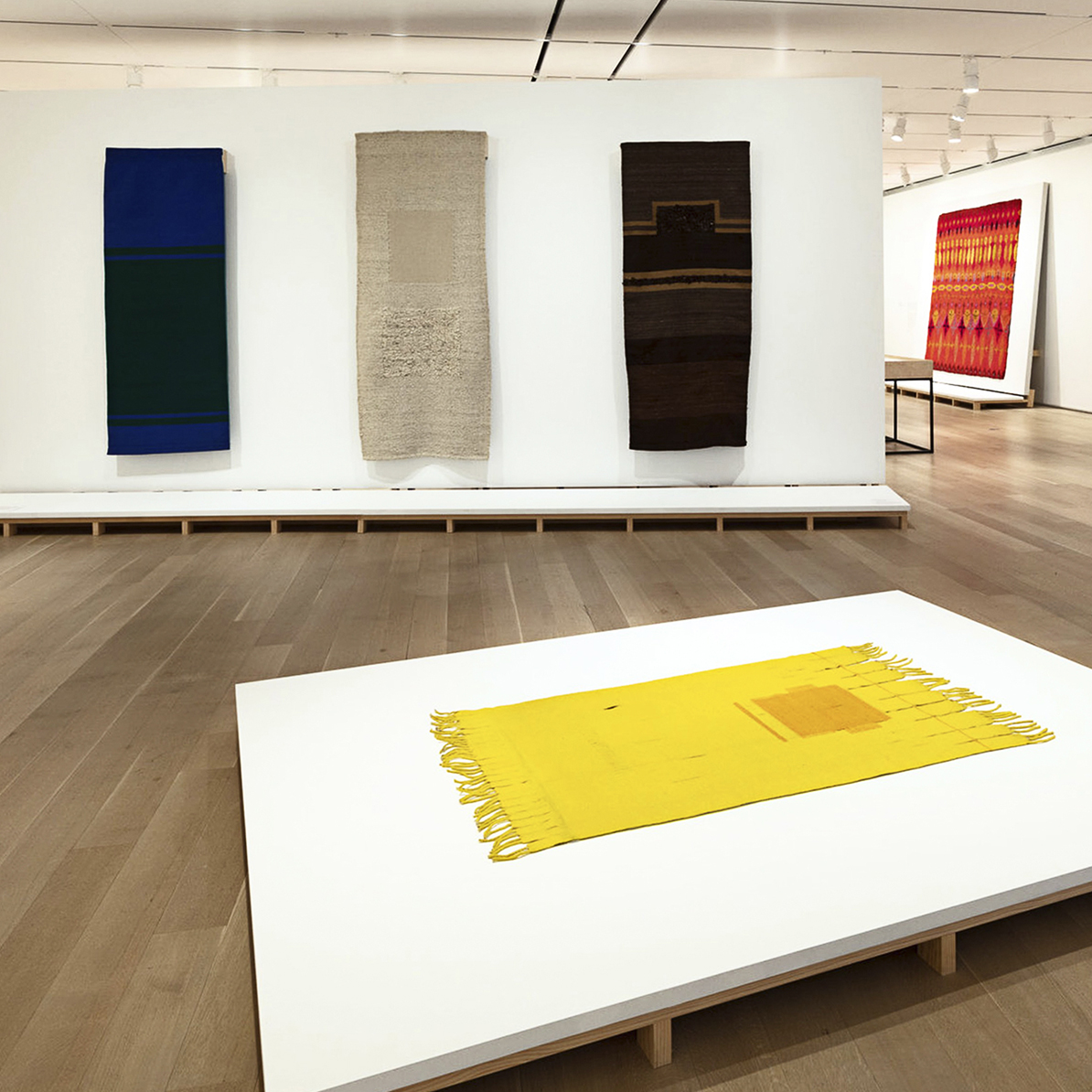 "Displayed together, their works proved the case for the continuation of an evaluation of Mexico’s creative landscape and contributes to escalating discussions aimed at a more inclusive history of modern art and design"


Porset was also friends with German émigré Anni Albers. Persuaded to visit Mexico by Porset, Anni first traveled to the country in 1935 and made 13 subsequent trips. Mexico’s landscape and architecture became a vivacious source of her inspiration and remained so throughout her career. The triangle motif, for instance, that she used repeatedly in textiles and screenprints was drawn from archaeological Zapotec sites such as Monte Albán.

Mexico also left a deep impression on Japanese American Ruth Asawa. In 1947, two years after taking a class with Porset at the Universidad Nacional Autónoma de México, she returned to the country and was drawn to the artistry in utilitarian looped-wire baskets that she encountered in Toluca. From then on, sculptures made with this wire technique became her primary practice.
While American artist Sheila Hicks never met Porset, she was aware of Porset’s designs through her close friendship with architect Luis Barragán, who worked with both artists. After studying Latin American weaving traditions and traveling to South America, Hicks relocated to Mexico in the late 1950s and set up a workshop in Taxco el Viejo, where learned from local weavers.

The work of these artists shows us six different yet aligned models of creative practice. Displayed together, their works proved the case for the continuation of an evaluation of Mexico’s creative landscape and contributes to escalating discussions aimed at a more inclusive history of modern art and design. 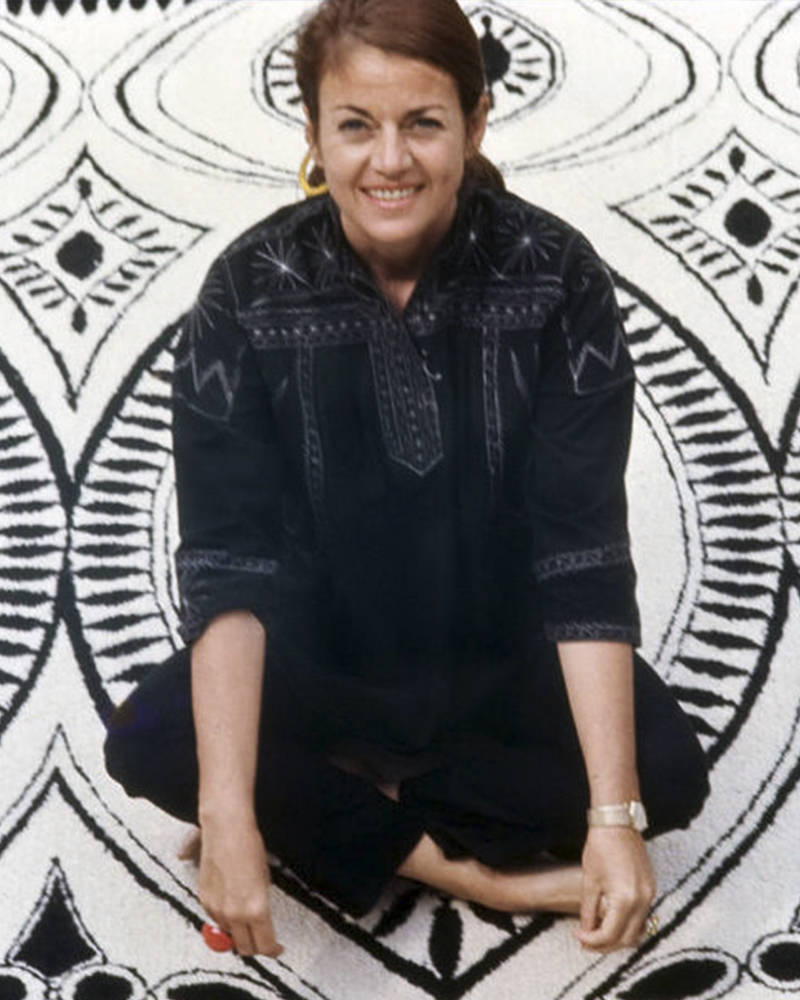 Cynthia Sargent was a mid-century textile designer. Born in Cambridge, Massachusetts, in the spring of 1922, later in life, Cynthia studied dance and painting from Joseph Albers, block-printing, and art history with Robert Motherwell, Meyer Schapiro, and other well-known artists of the day.

Cynthia married an architect named Wendell Riggs, and in 1951, the two emigrated to Mexico, where they built a legacy of art and design. Through her textile Works and entrepreneurial endeavors, she fostered a sense of community and a new respect for artisanal work.

The couple started up the firm Riggs-Sargent, which developed many successful lines of printed and handwoven fabrics. During the first year of their business endeavor, they both were invited to participate in a crafts exhibition organized by Clara Porset and held at Museo Bellas Artes.

Rugs became the main focus of their studio at the beginning of the 1960s and the primary seller at Riggs-Sargent. Cynthia designed the work and supervised the handhooking. The rugs were extremely popular with decorators, and the press described her work as paintings in wool “…which you hang on the floor.”

They also established the Bazaar Sábado and the organizations Club Pro Arte and the Centro de Diseño, galleries and gathering places that promoted the work of the city´s artists and designers. Cynthia Sargent died in 2006, but her work continues in its popularity, and its beauty never fades.