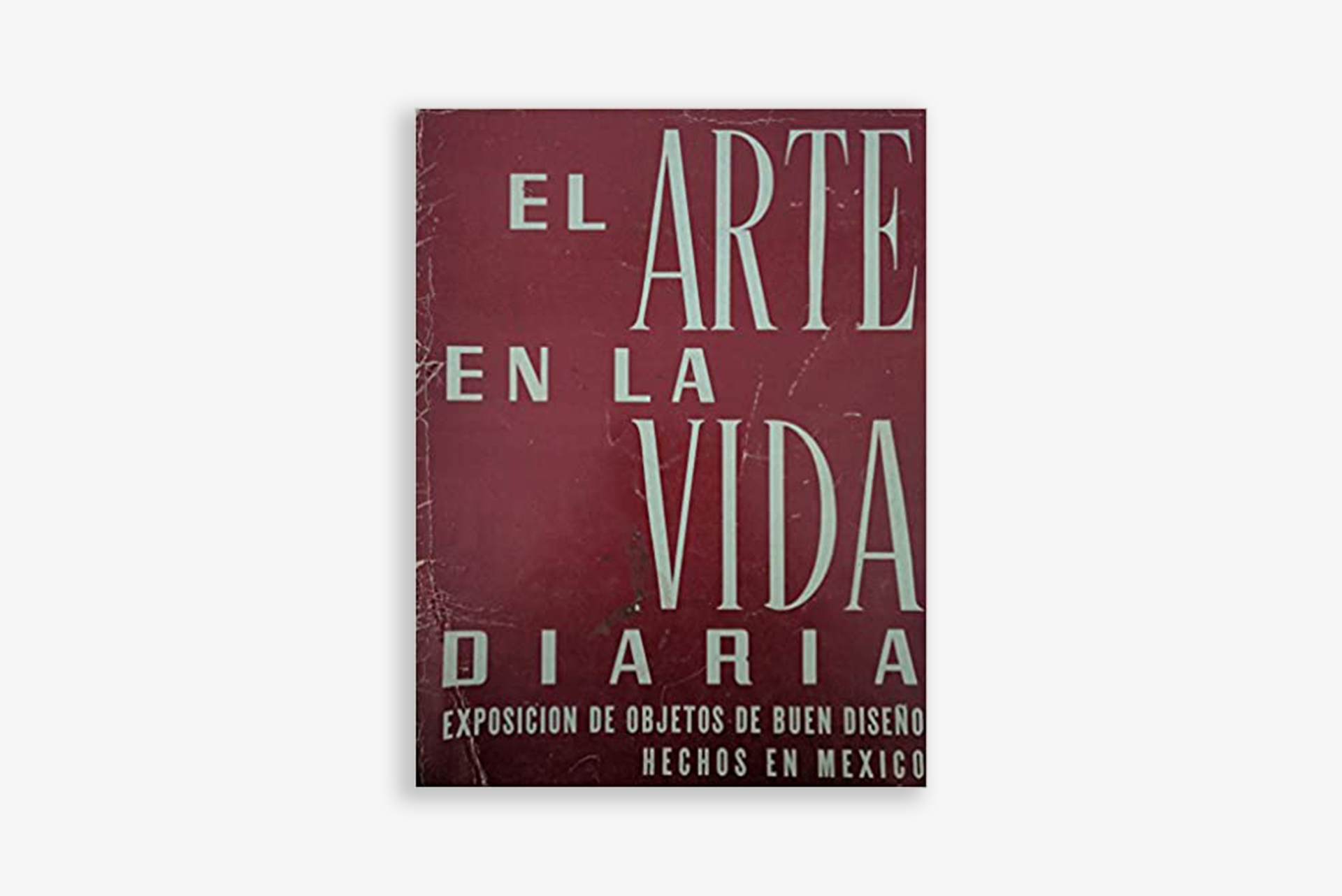 This is the exhibition catalog that was produced for the show “Art in daily life. An exhibition of objects of good design made in Mexico”. It was the first design exhibition held in Mexico and it was organised by Clara Porset and the architect Enrique Yáñez, head of the department of Architecture at the INBA. The exhibition was shown at the Bellas Artes and La Estampa rooms of the Palacio de Bellas Artes in April 1952. The show brought together nearly 800 objects considered of good design such as furniture for the house and garden as well as for offices. Also there was a display of ceramics, textiles and sliver.

Clara Porset born in Cuba (May 25, 1895 – May 17, 1981) was a furniture and interior designer who lived and worked in Mexico for the best part of her working life and is where she is considered a pioneer in furniture design.

Born into a wealthy Cuban family in 1895, Porset had the opportunity to travel and as a result collected a wide range of artistic and political influences. She studied in New York from 1911 to 1914 and attended technical courses in architecture and design in her home country of Cuba. In 1925, Porset returned to New York City and continued her studies in art, architecture, and design at Columbia University’s School of Fine Arts as well as the New York School of Interior Design.

In the later 1920s Porset traveled to Europe where she met Bauhaus teachers Walter Gropius and Hans Emil “Hannes” Meyer, with whom she remained in contact for many years. From 1928 to 1931, she studied architecture and furniture design in the Paris studio of the designer and architect Henri Rapin, and attended classes at the École des Beaux Arts, the Sorbonne, and the Louvre.

She returned to Cuba in 1932 where served briefly as artistic director of the Escuela Técnica para Mujeres (Technical School for Women), but as a result of to her outspoken political views she was forced to leave Cuba in 1935. Then she moved to Mexico, where she met and married the painter Xavier Guerrero. Through their partnership, she was introduced to the folk arts as well as the prominent artists of the country, who in turn influenced her career. The couple collaborated on a proposal for the Museum of Modern Art's (New York) 1940 competition Organic Design in Home Furnishings. This was the first time Latin American designers were included in the museum’s call for proposals.

In the 1950s, Ruiz Galindo Industries (IRGSA), regarded as the best furniture manufacturer in Mexico, considered Porset to be the finest designer of the time. They hired her to design and develop furnishings for architectural projects they had going on in Mexico. She signed a contract to develop two collections: The E-series (quality wooden office furniture) and H-series (metal office furniture). These lines became popular in Mexico due to their: quality, high design, durability, and relatively low cost.

Porset returned to post-revolutionary Cuba in 1959. President Fidel Castro commissioned her to design the furniture for the school of Camilo Cienfuegos, an institution symbolic of the new society envisioned by revolutionaries. Before her return to Mexico in 1963, she also created furniture for a number of other universities, after her plans to establish a new design school in Cuba were not comprehended.

The Instituto Nacional de Bellas Artes recognized Porset as a pioneer of Mexican modern design by awarding her a Gold Medal in 1971. The Clara Porset Design Prize has been awarded to Mexican design students since 1993.