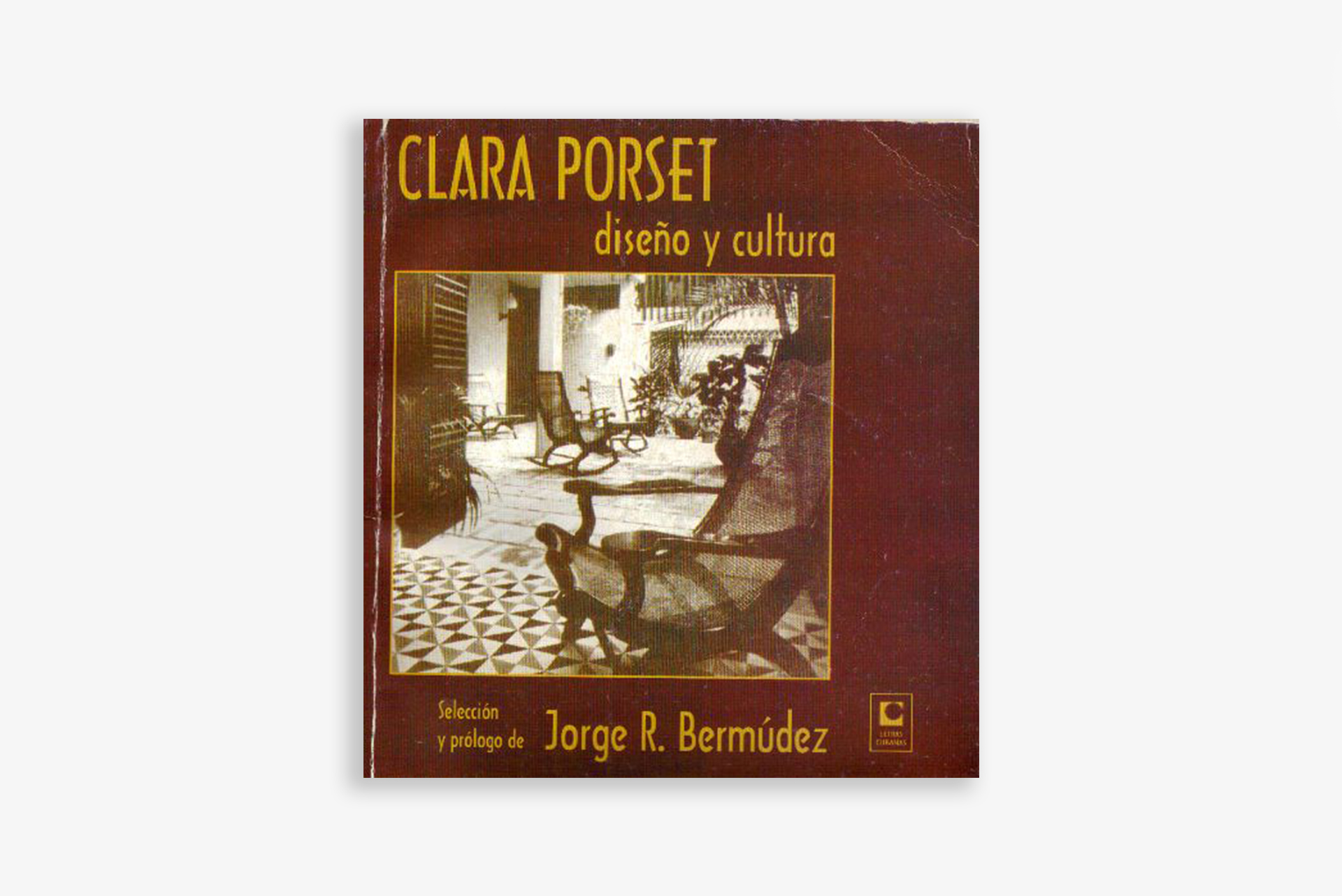 Art critic and communication specialist Bermúdez sheds light the work and designs of whom he considered "the most unknown Cuban of universal modernity" designer Clara Porset Dumas. (b. Matanzas, Cuba, died México) Examining the life as an academic, artist, designer and cultural activist of one of the most important pioneers of industrial design in Latin America. The book also includes texts by Porset published during the 1930's in the journal "Social" where she examines the work of William Morris, Le Corbusier, John Vassos and the German Wekerbund among others. An education on Porset worth reading.