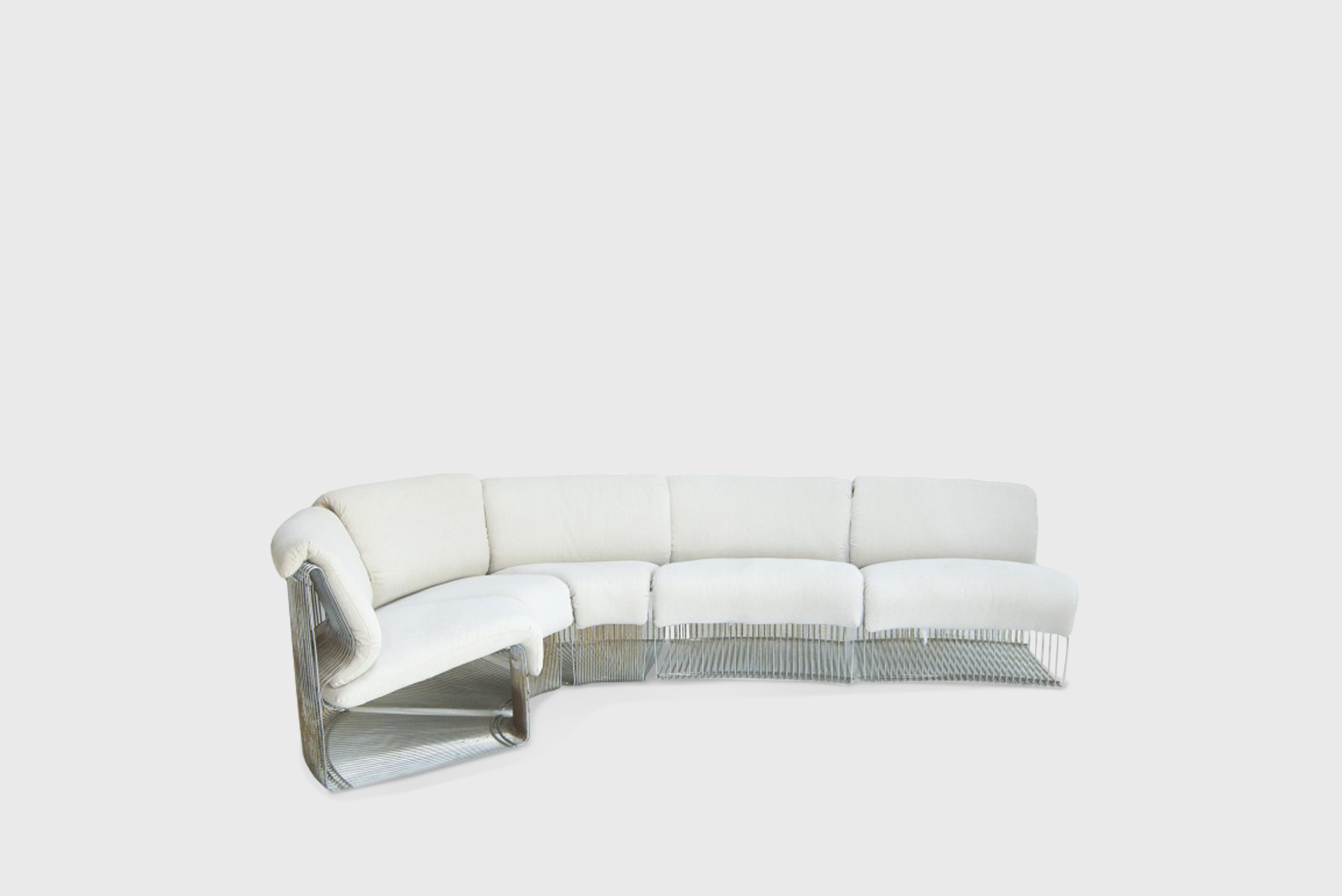 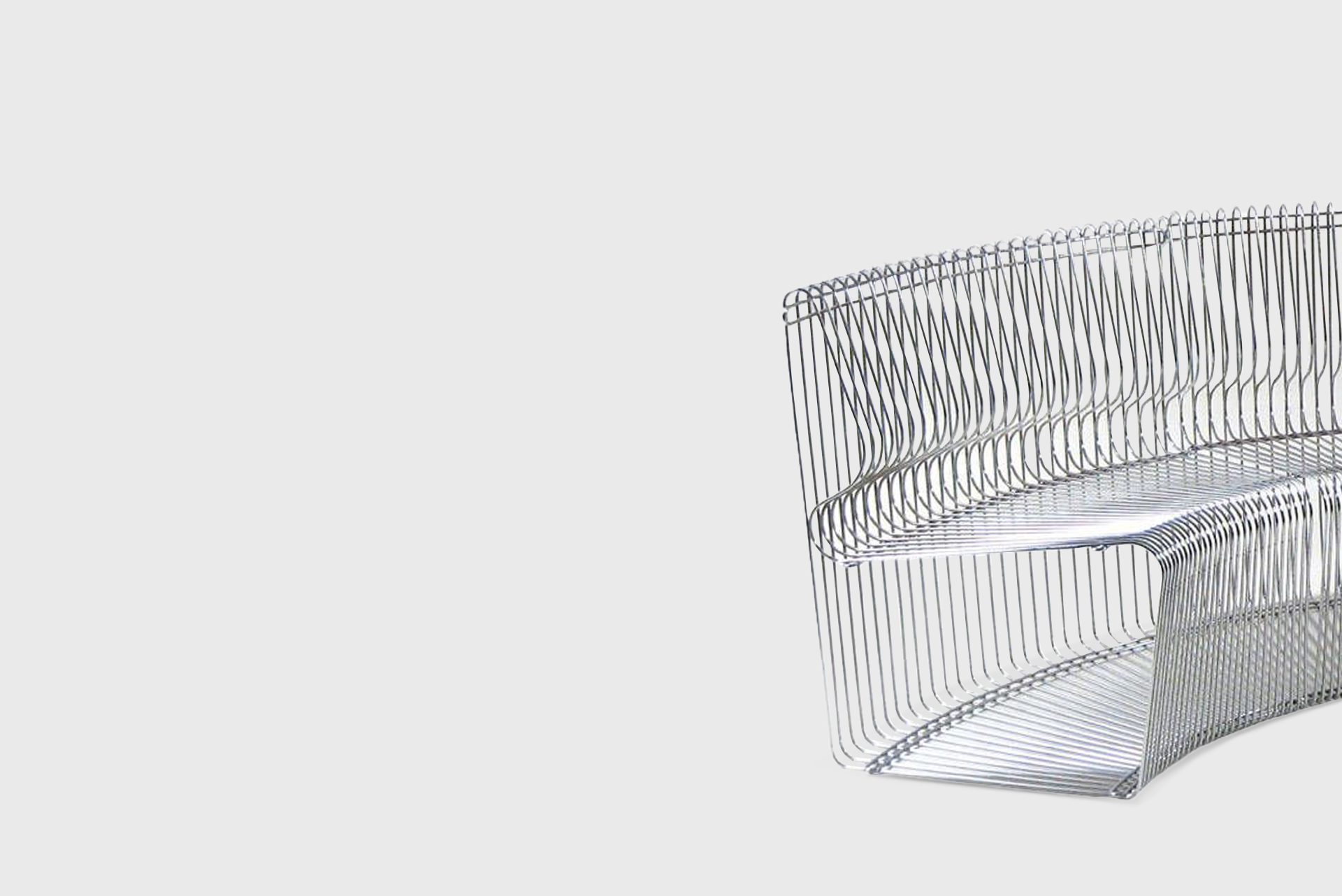 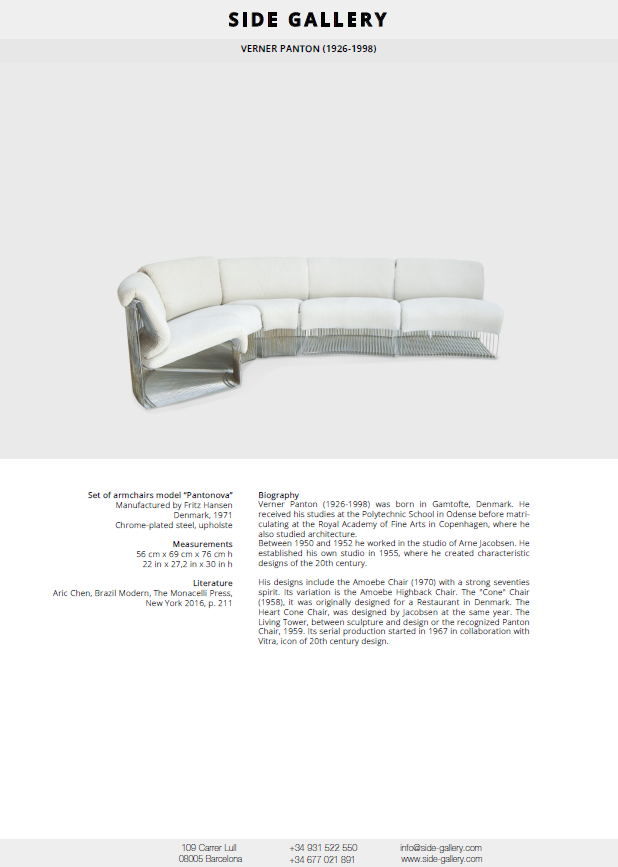 Biography
Verner Panton (1926-1998) was born in Gamtofte, Denmark. He received his studies at the Polytechnic School in Odense before matriculating at the Royal Academy of Fine Arts in Copenhagen, where he also studied architecture.
Between 1950 and 1952 he worked in the studio of Arne Jacobsen. He established his own studio in 1955, where he created characteristic designs of the 20th century.

His designs include the Amoebe Chair (1970) with a strong seventies spirit. Its variation is the Amoebe Highback Chair. The "Cone" Chair (1958), it was originally designed for a Restaurant in Denmark. The Heart Cone Chair, was designed by Jacobsen at the same year. The Living Tower, between sculpture and design or the recognized Panton Chair, 1959. Its serial production started in 1967 in collaboration with Vitra, icon of 20th century design. 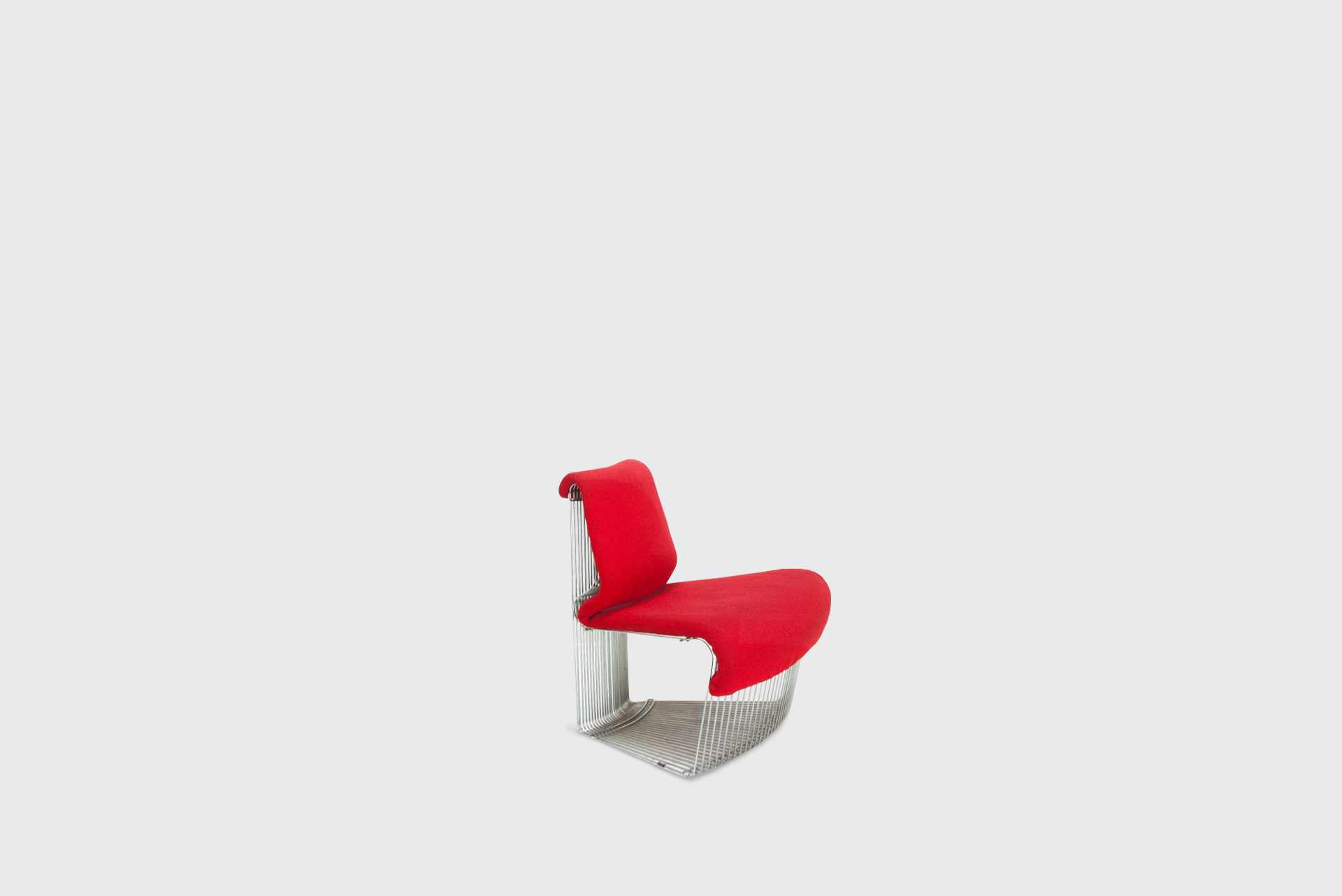