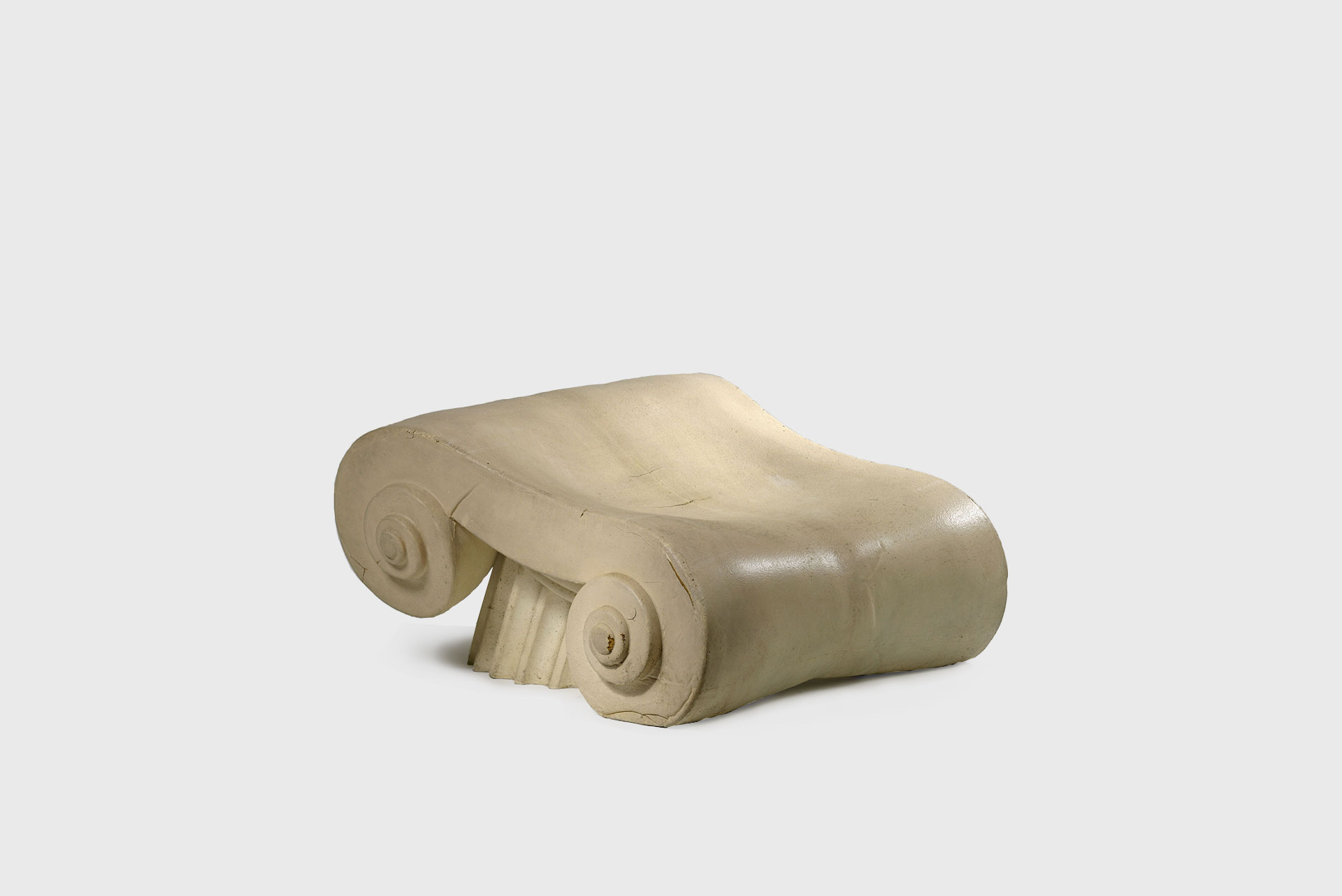 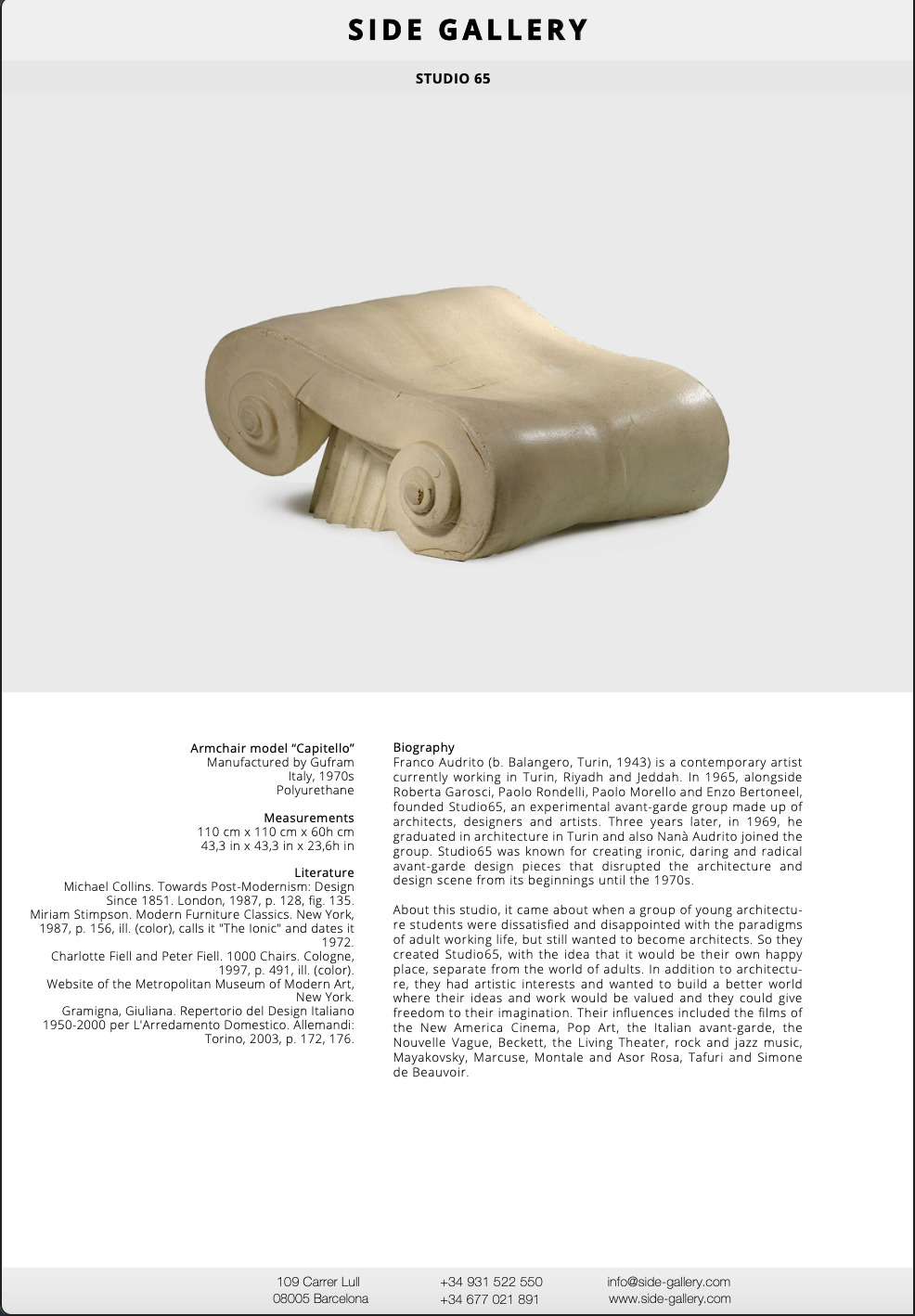 Biography
Franco Audrito (b. Balangero, Turin, 1943) is a contemporary artist currently working in Turin, Riyadh and Jeddah. In 1965, alongside Roberta Garosci, Paolo Rondelli, Paolo Morello and Enzo Bertoneel, founded Studio65, an experimental avant-garde group made up of architects, designers and artists. Three years later, in 1969, he graduated in architecture in Turin and also Nanà Audrito joined the group. Studio65 was known for creating ironic, daring and radical avant-garde design pieces that disrupted the architecture and design scene from its beginnings until the 1970s.

About this studio, it came about when a group of young architectu- re students were dissatisfied and disappointed with the paradigms of adult working life, but still wanted to become architects. So they created Studio65, with the idea that it would be their own happy place, separate from the world of adults. In addition to architectu- re, they had artistic interests and wanted to build a better world where their ideas and work would be valued and they could give freedom to their imagination. Their influences included the films of the New America Cinema, Pop Art, the Italian avant-garde, the Nouvelle Vague, Beckett, the Living Theater, rock and jazz music, Mayakovsky, Marcuse, Montale and Asor Rosa, Tafuri and Simone de Beauvoir.