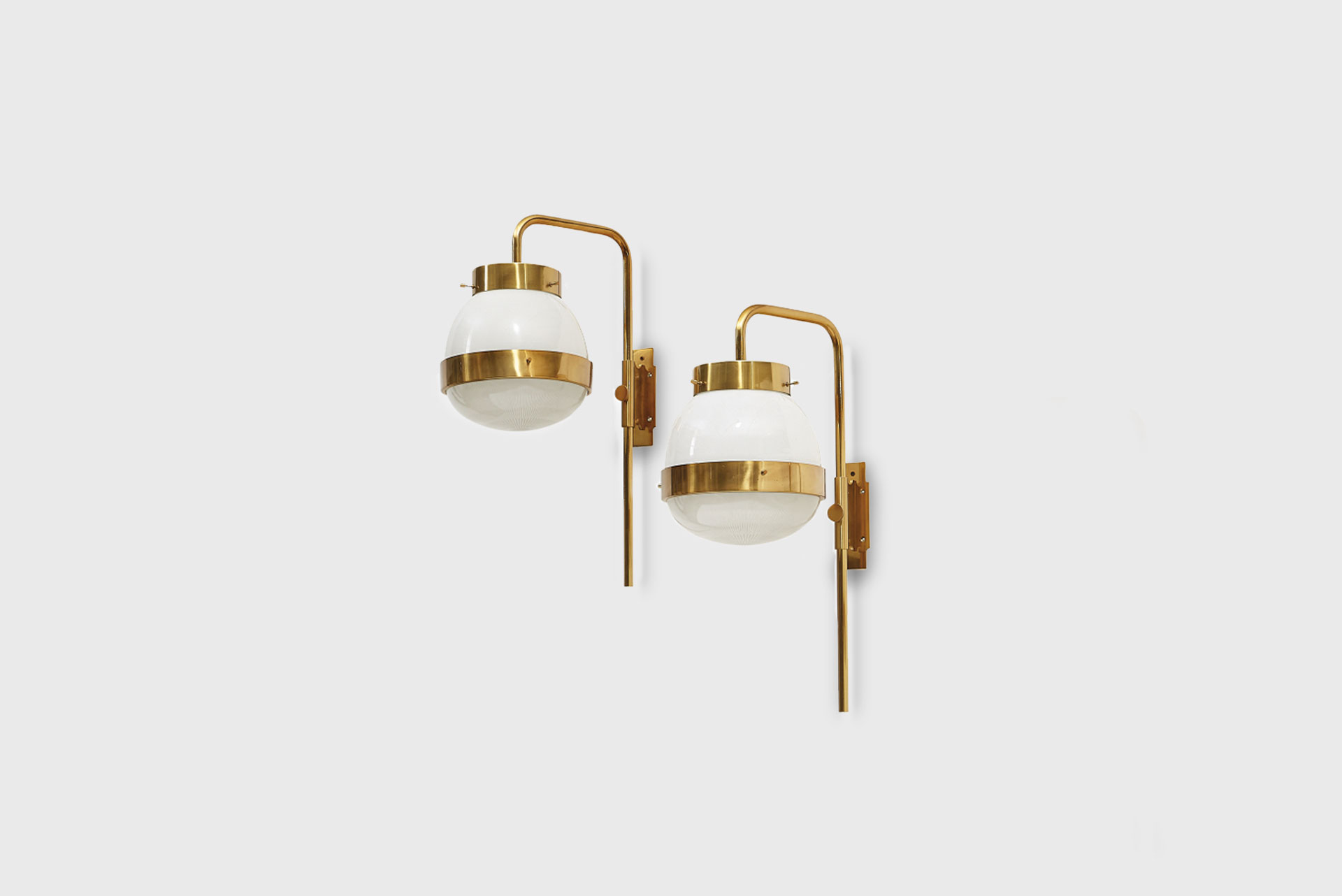 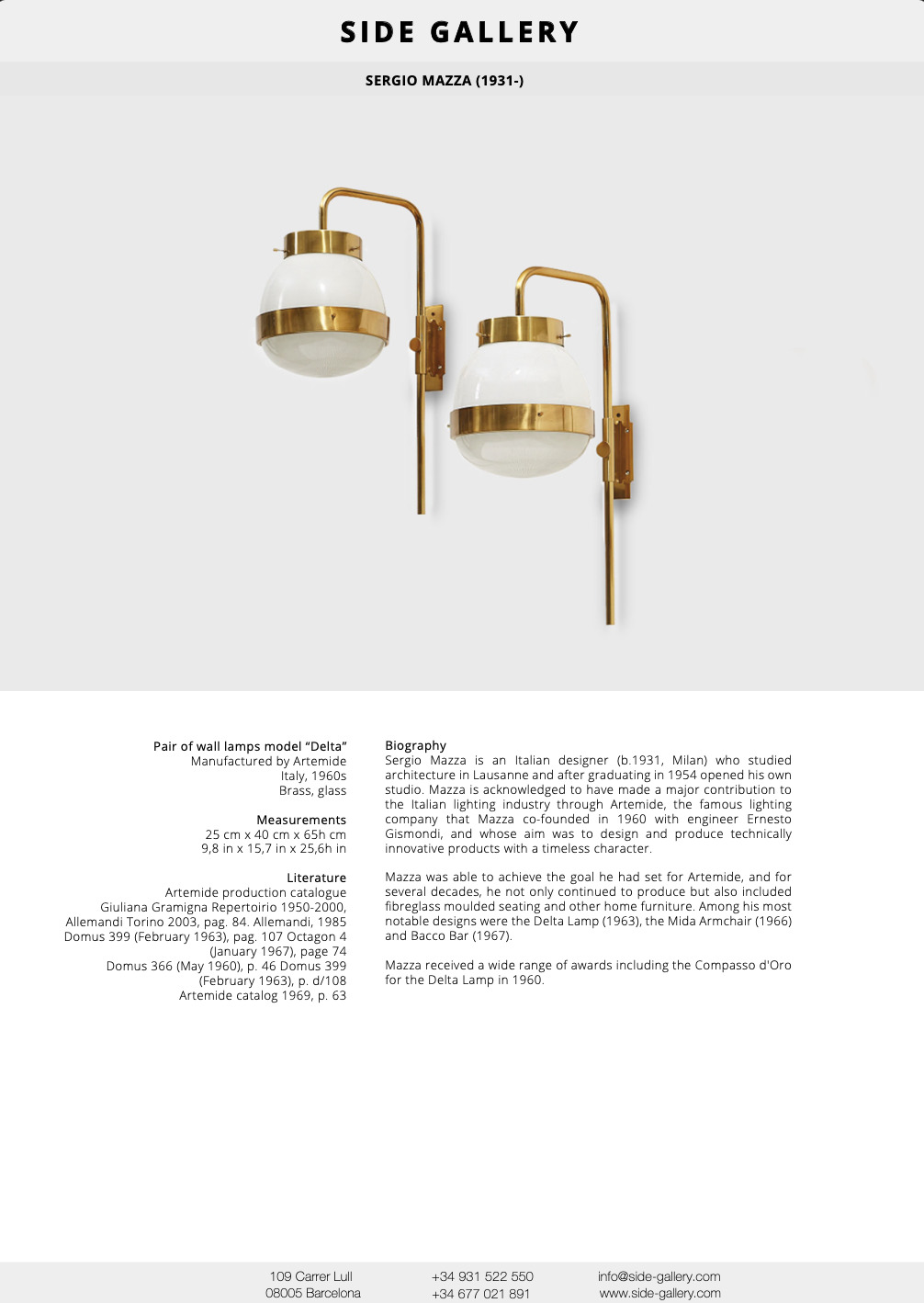 Biography
Sergio Mazza is an Italian designer (b.1931, Milan) who studied architecture in Lausanne and after graduating in 1954 opened his own studio. Mazza is acknowledged to have made a major contribution to the Italian lighting industry through Artemide, the famous lighting company that Mazza co-founded in 1960 with engineer Ernesto Gismondi, and whose aim was to design and produce technically innovative products with a timeless character.

Mazza was able to achieve the goal he had set for Artemide, and for several decades, he not only continued to produce but also included fibreglass moulded seating and other home furniture. Among his most notable designs were the Delta Lamp (1963), the Mida Armchair (1966) and Bacco Bar (1967).

Mazza received a wide range of awards including the Compasso d'Oro for the Delta Lamp in 1960.