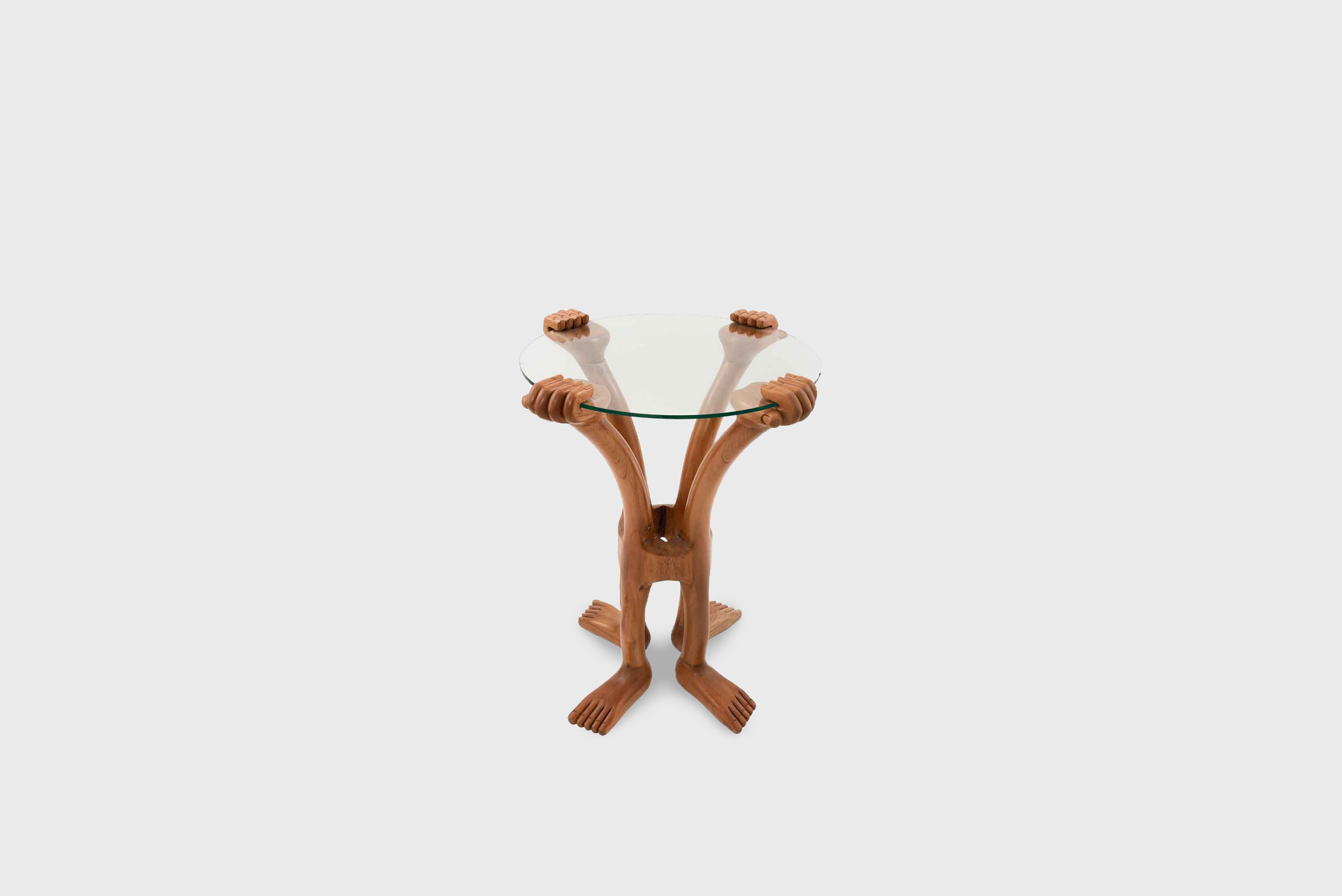 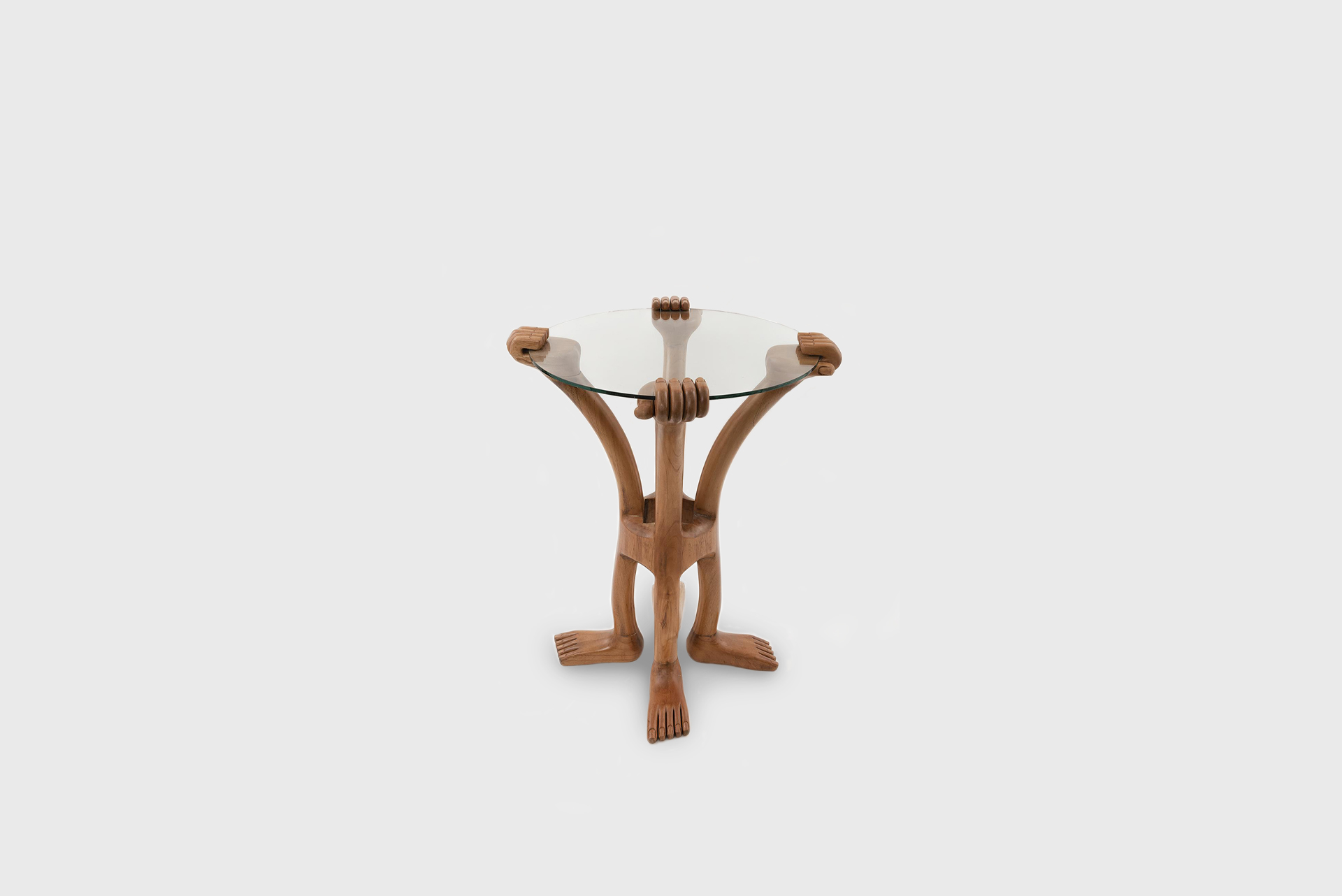 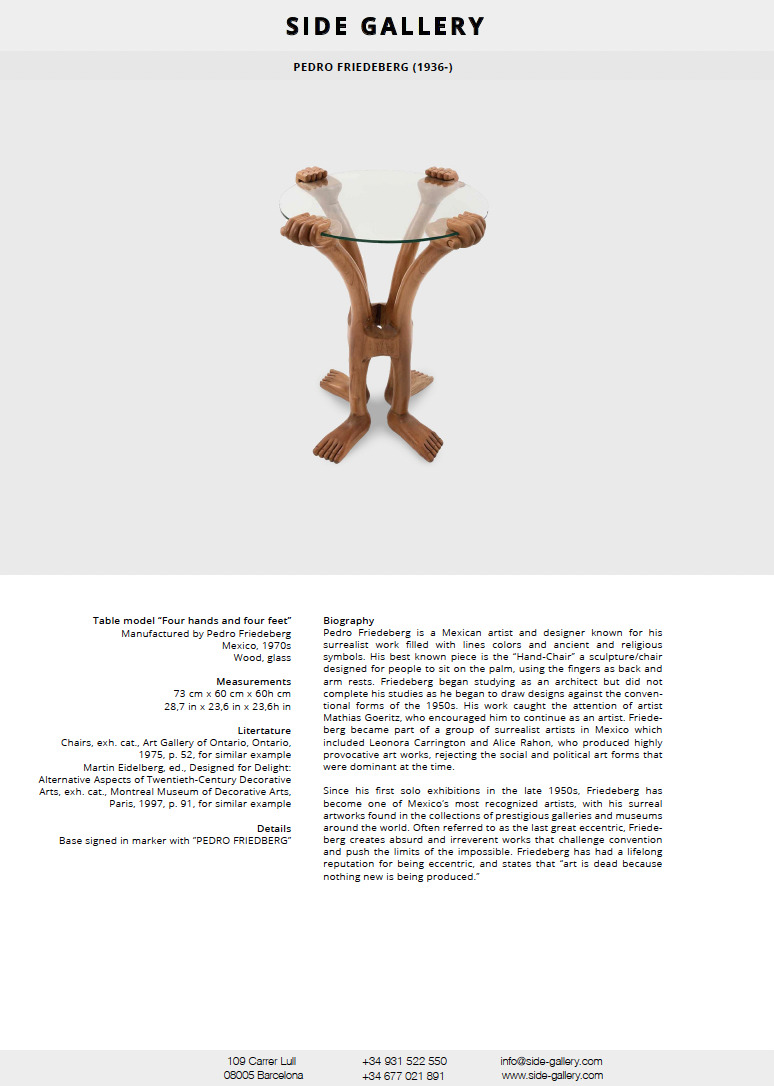 Details
Base signed in marker with ”PEDRO FRIEDBERG”

Biography
Pedro Friedeberg is a Mexican artist and designer known for his surrealist work filled with lines colors and ancient and religious symbols. His best known piece is the “Hand-Chair” a sculpture/chair designed for people to sit on the palm, using the fingers as back and arm rests. Friedeberg began studying as an architect but did not complete his studies as he began to draw designs against the conven- tional forms of the 1950s. His work caught the attention of artist Mathias Goeritz, who encouraged him to continue as an artist. Friede- berg became part of a group of surrealist artists in Mexico which included Leonora Carrington and Alice Rahon, who produced highly provocative art works, rejecting the social and political art forms that were dominant at the time.

Since his first solo exhibitions in the late 1950s, Friedeberg has become one of Mexico’s most recognized artists, with his surreal artworks found in the collections of prestigious galleries and museums around the world. Often referred to as the last great eccentric, Friede- berg creates absurd and irreverent works that challenge convention and push the limits of the impossible. Friedeberg has had a lifelong reputation for being eccentric, and states that “art is dead because nothing new is being produced.” 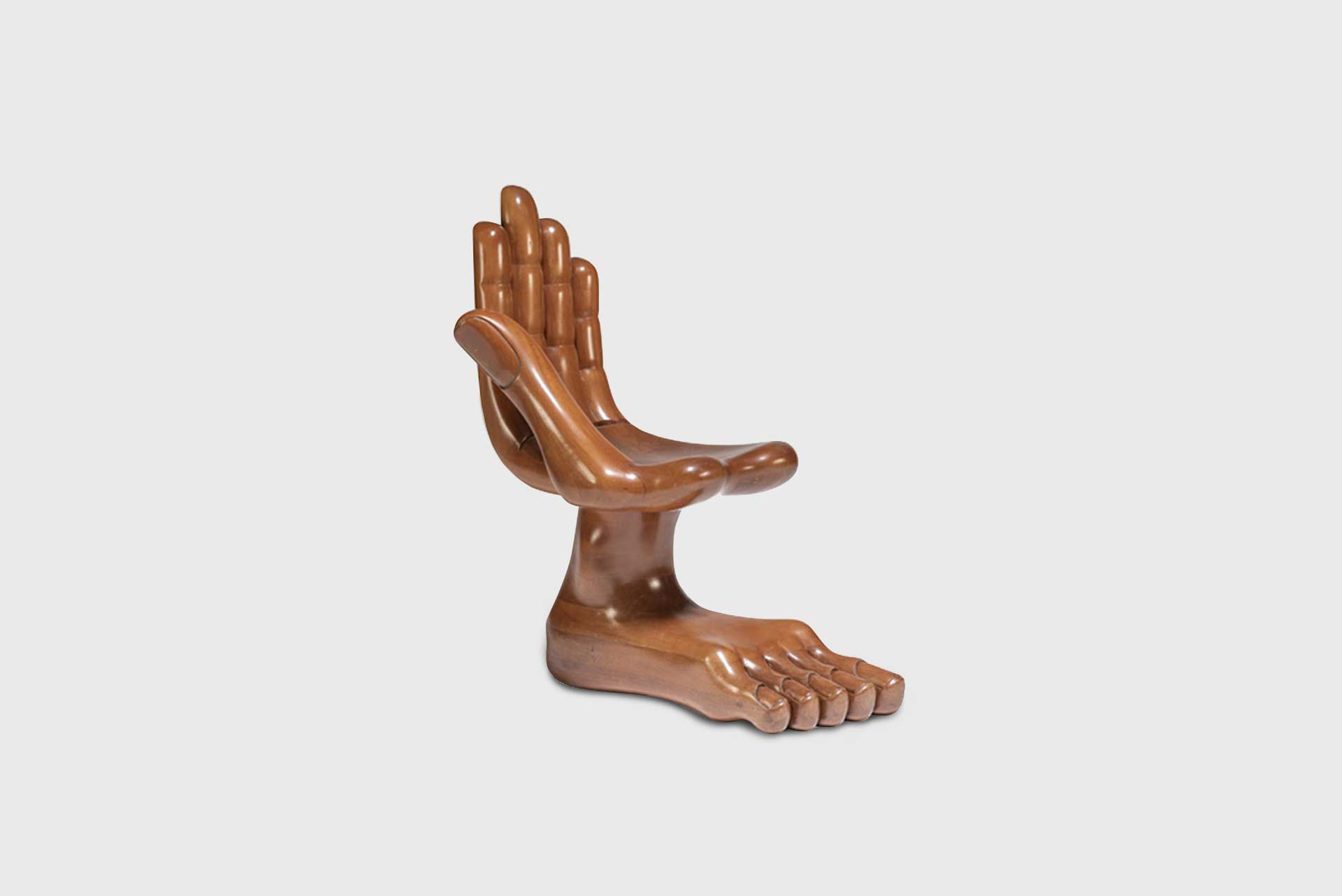