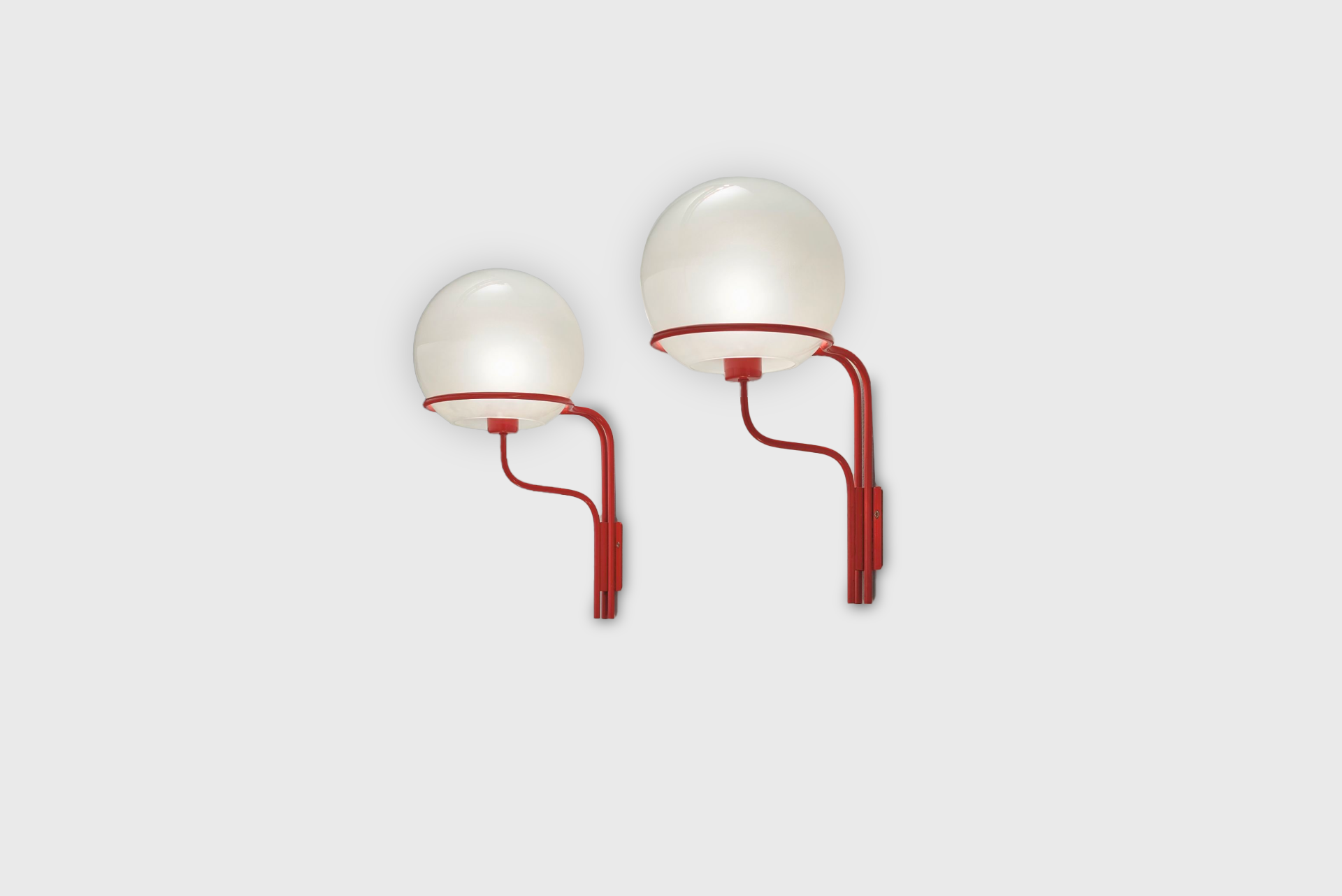 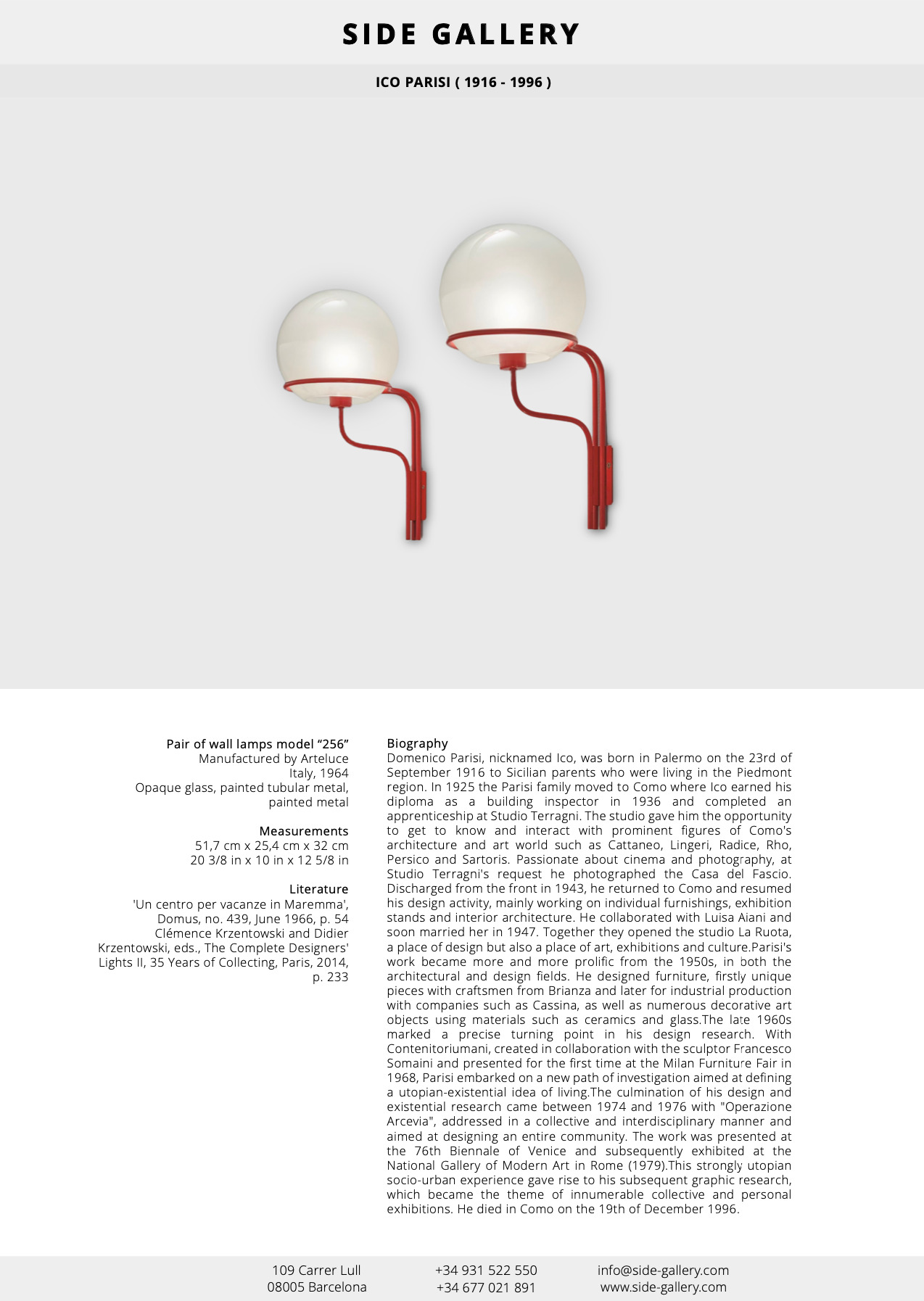 Biography
Domenico Parisi, nicknamed Ico, was born in Palermo on the 23rd of September 1916 to Sicilian parents who were living in the Piedmont region. In 1925 the Parisi family moved to Como where Ico earned his diploma as a building inspector in 1936 and completed an apprenticeship at Studio Terragni. The studio gave him the opportunity to get to know and interact with prominent figures of Como's architecture and art world such as Cattaneo, Lingeri, Radice, Rho, Persico and Sartoris. Passionate about cinema and photography, at Studio Terragni's request he photographed the Casa del Fascio. Discharged from the front in 1943, he returned to Como and resumed his design activity, mainly working on individual furnishings, exhibition stands and interior architecture. He collaborated with Luisa Aiani and soon married her in 1947. Together they opened the studio La Ruota, a place of design but also a place of art, exhibitions and culture.Parisi's work became more and more prolific from the 1950s, in both the architectural and design fields. He designed furniture, firstly unique pieces with craftsmen from Brianza and later for industrial production with companies such as Cassina, as well as numerous decorative art objects using materials such as ceramics and glass.The late 1960s marked a precise turning point in his design research. With Contenitoriumani, created in collaboration with the sculptor Francesco Somaini and presented for the first time at the Milan Furniture Fair in 1968, Parisi embarked on a new path of investigation aimed at defining a utopian-existential idea of living.The culmination of his design and existential research came between 1974 and 1976 with "Operazione Arcevia", addressed in a collective and interdisciplinary manner and aimed at designing an entire community. The work was presented at the 76th Biennale of Venice and subsequently exhibited at the National Gallery of Modern Art in Rome (1979).This strongly utopian socio-urban experience gave rise to his subsequent graphic research, which became the theme of innumerable collective and personal exhibitions.