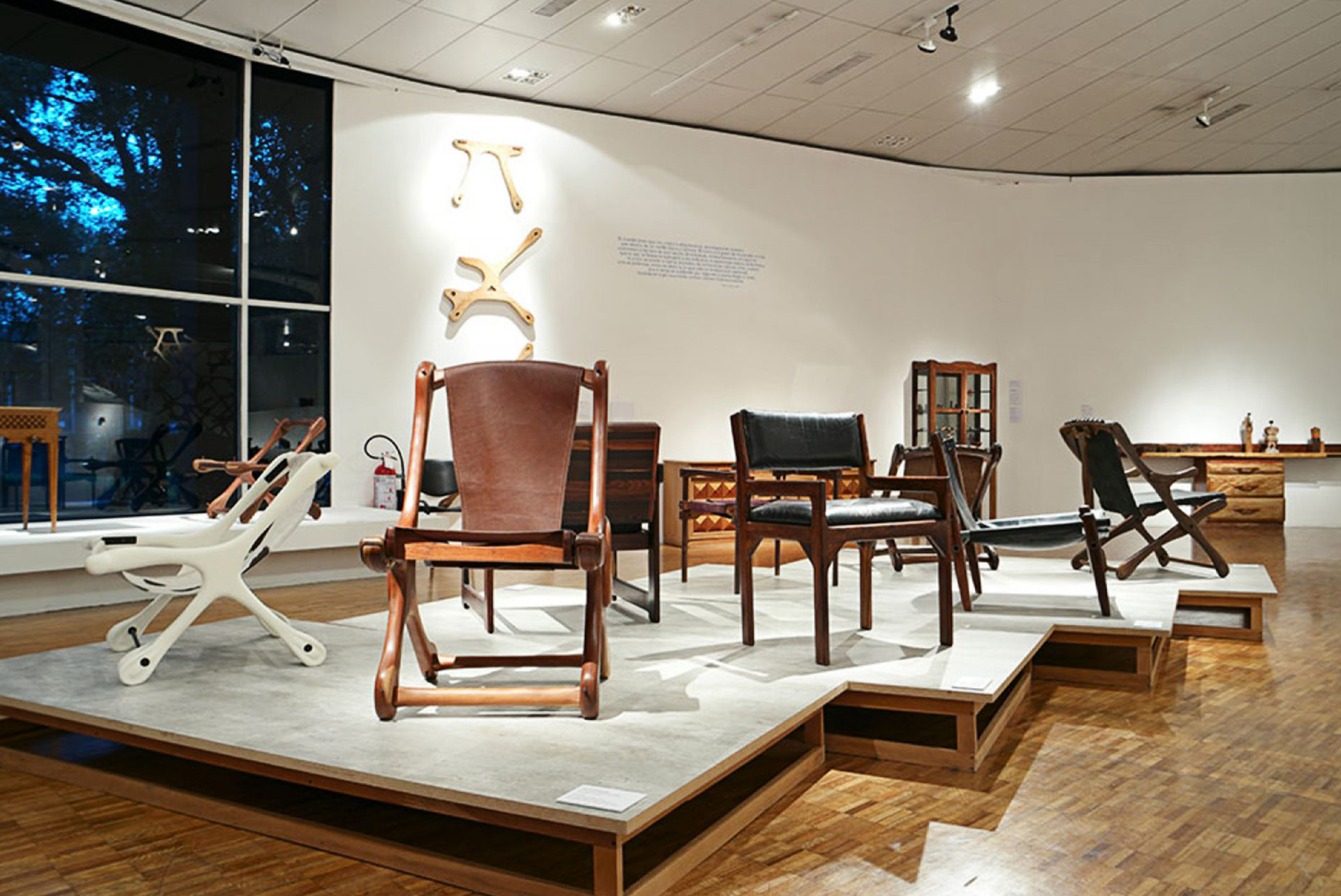 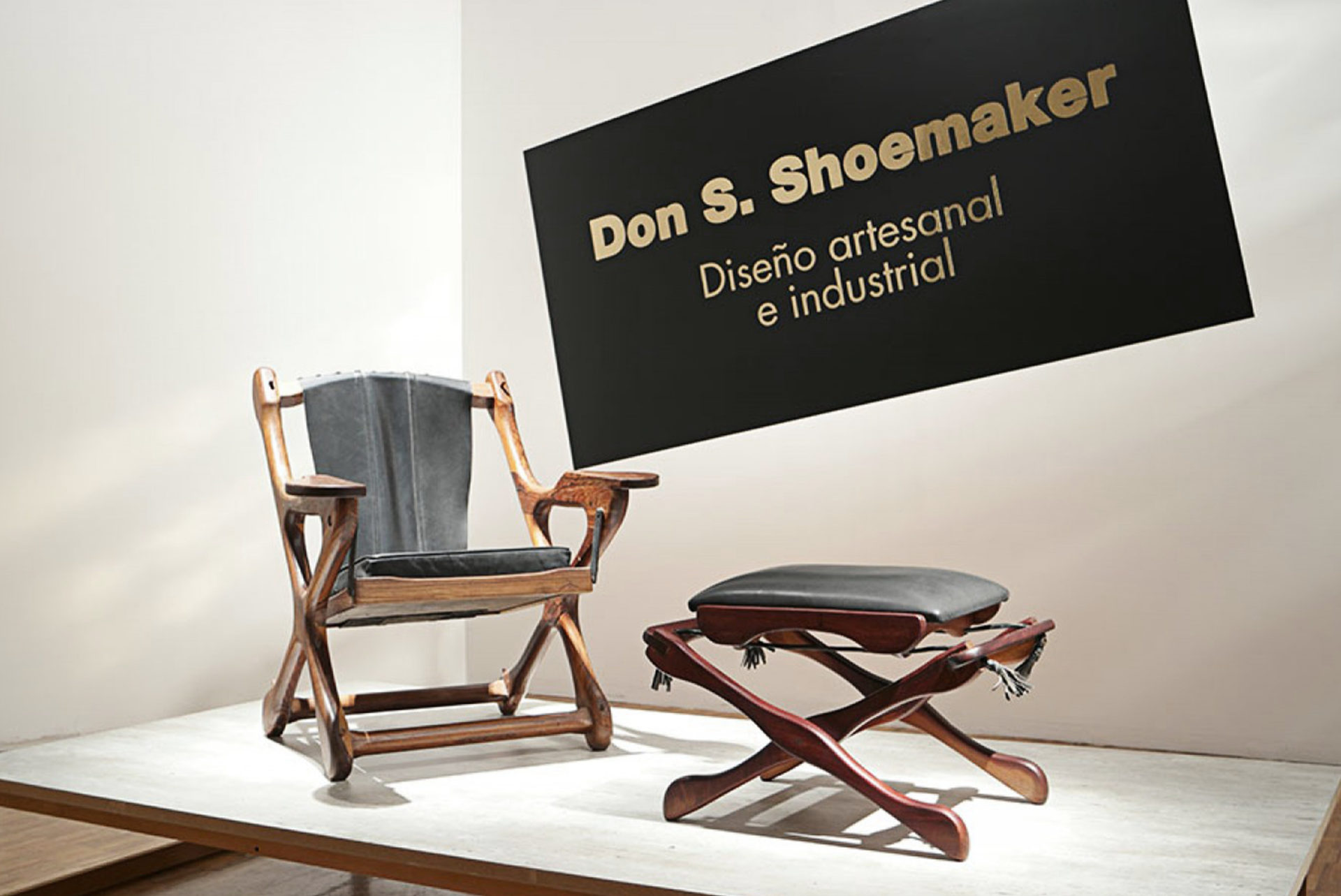 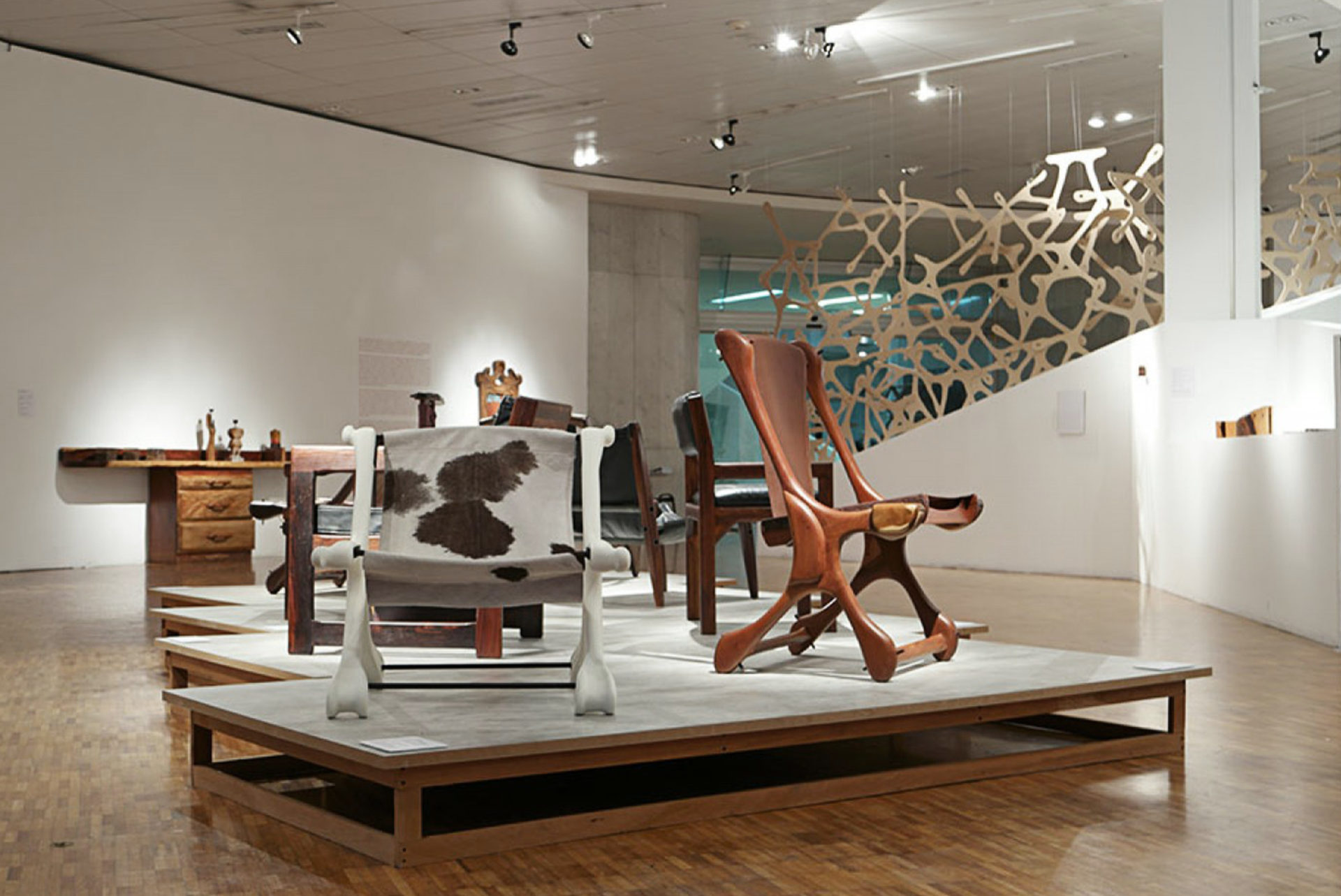 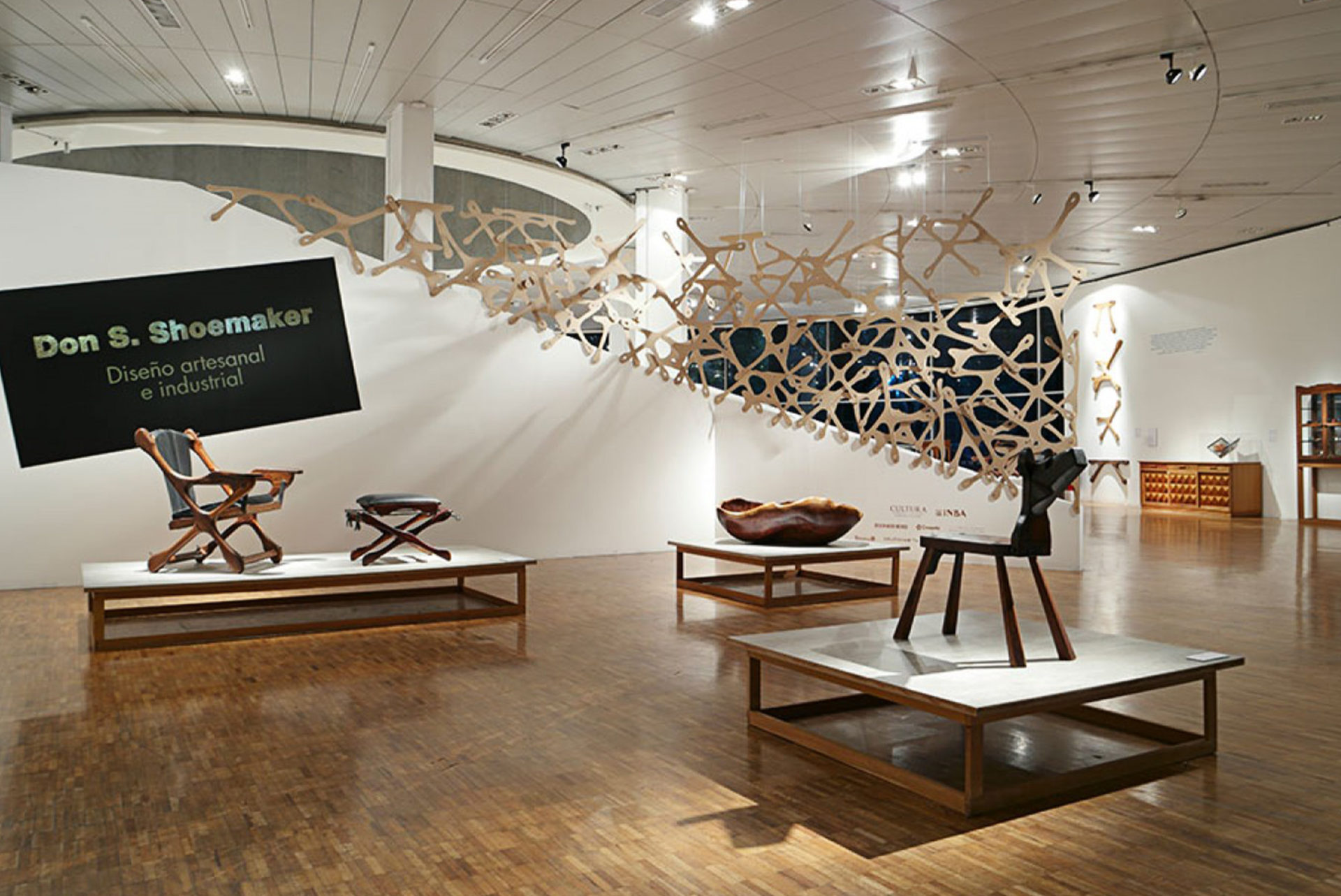 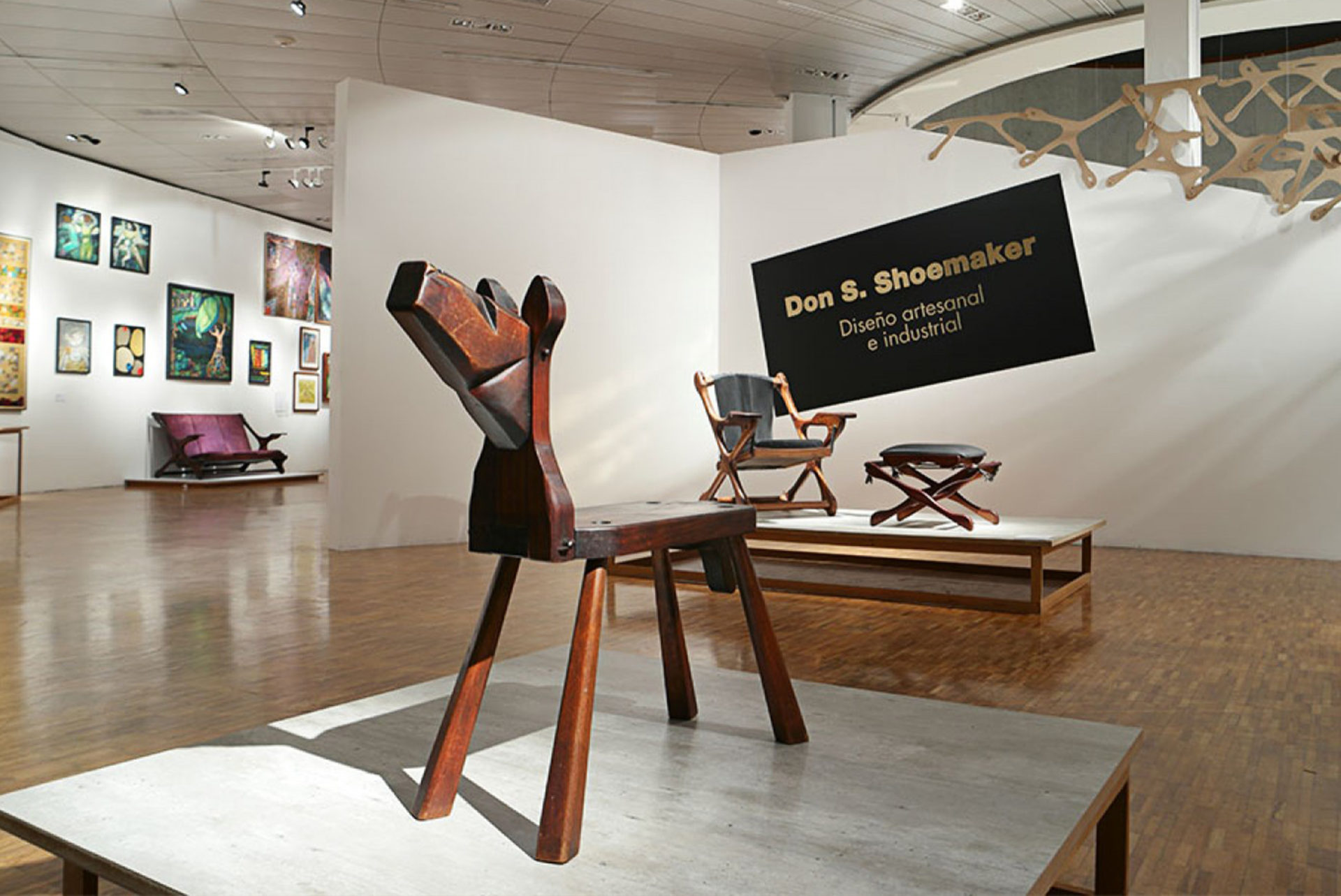 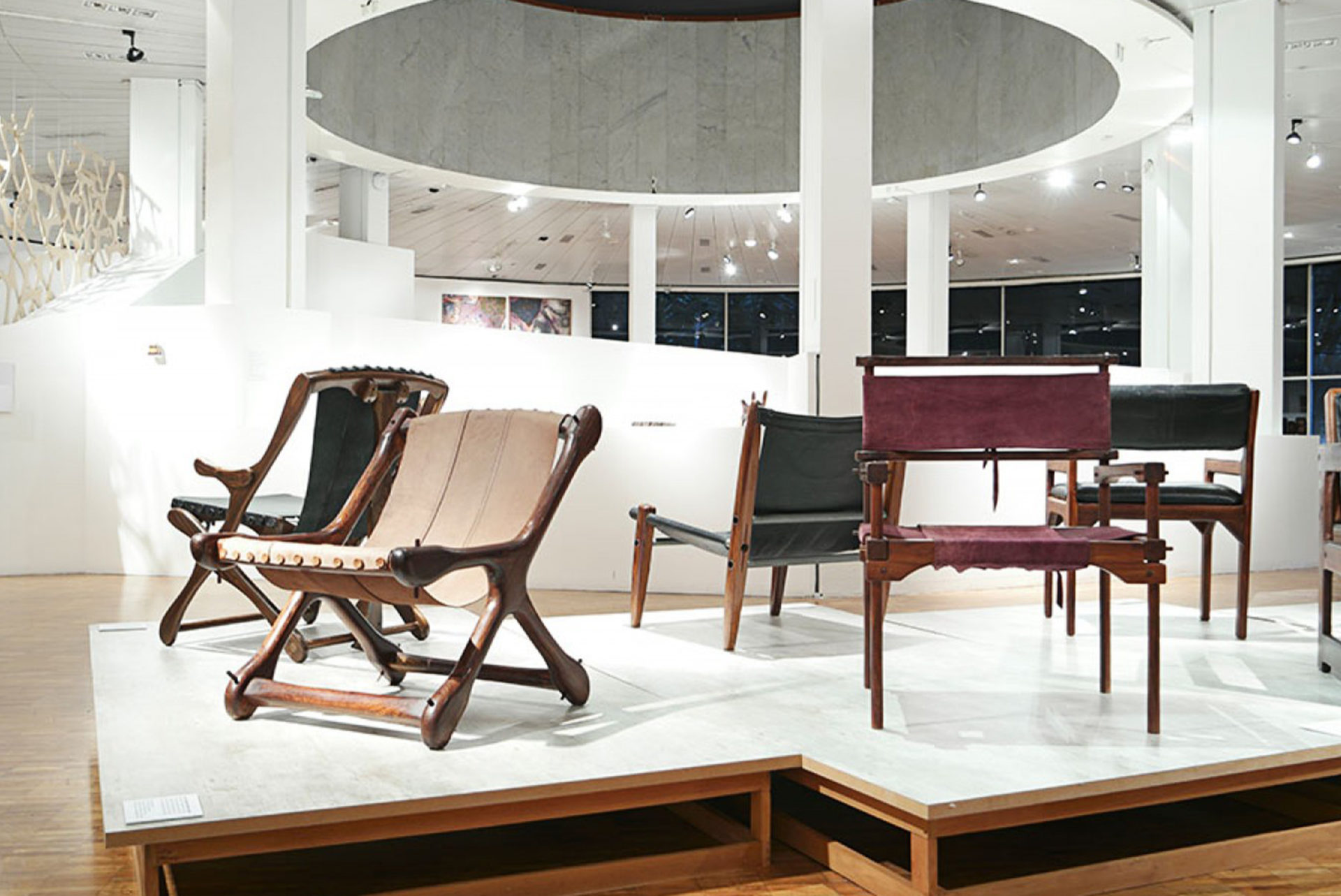 The retrospective compiled of 150 pieces, 74 vintage photographs and 12 paintings from the collection of Don’s grandson, Stanley Shoemaker, as well as additional loans from individuals. The archives that the Shoemaker family guards were consulted for research and curatorship, and there were on show original pieces from their collection, many of them unique.

The work of Don S. Shoemaker (Nebraska, 1919-Morelia, 1990) is considered important in the history of modern Mexican design of the second half of the 20th century, at the height of designers such as Clara Porset, Óscar Hagerman, Michael van Beuren, Po Shun Leong, Arturo Pani or Eugenio Escudero. Don S. Shoemaker. Artisan and industrial design were a well-deserved tribute to a key figure in understanding the developments of artisan and industrial design in Mexico.

The visionary man and plastic artist by training was also a veteran of the Second World War as well as self-taught designer. Don S. Shoemaker began his career as a designer after his arrival in Mexico in 1947. He Founded the wood products factory Señal SA, in Morelia, Michoacán, and following its success, dedicated his efforts to the design and manufacturing of furniture and utensils, and to a lesser extent to the carving of sculptures, as well as painting and engraving. Among its most iconic pieces is the sling chair, an essential item in the universal history of design.
Don S. Shoemaker created a large number of unique or smaller editions of furniture, characterized by their functionality, simplicity and comfort, but above all for their beauty and elegance, through the special use of leather and four species of wood: American oak, cocolobo, cueramo and granadilla. 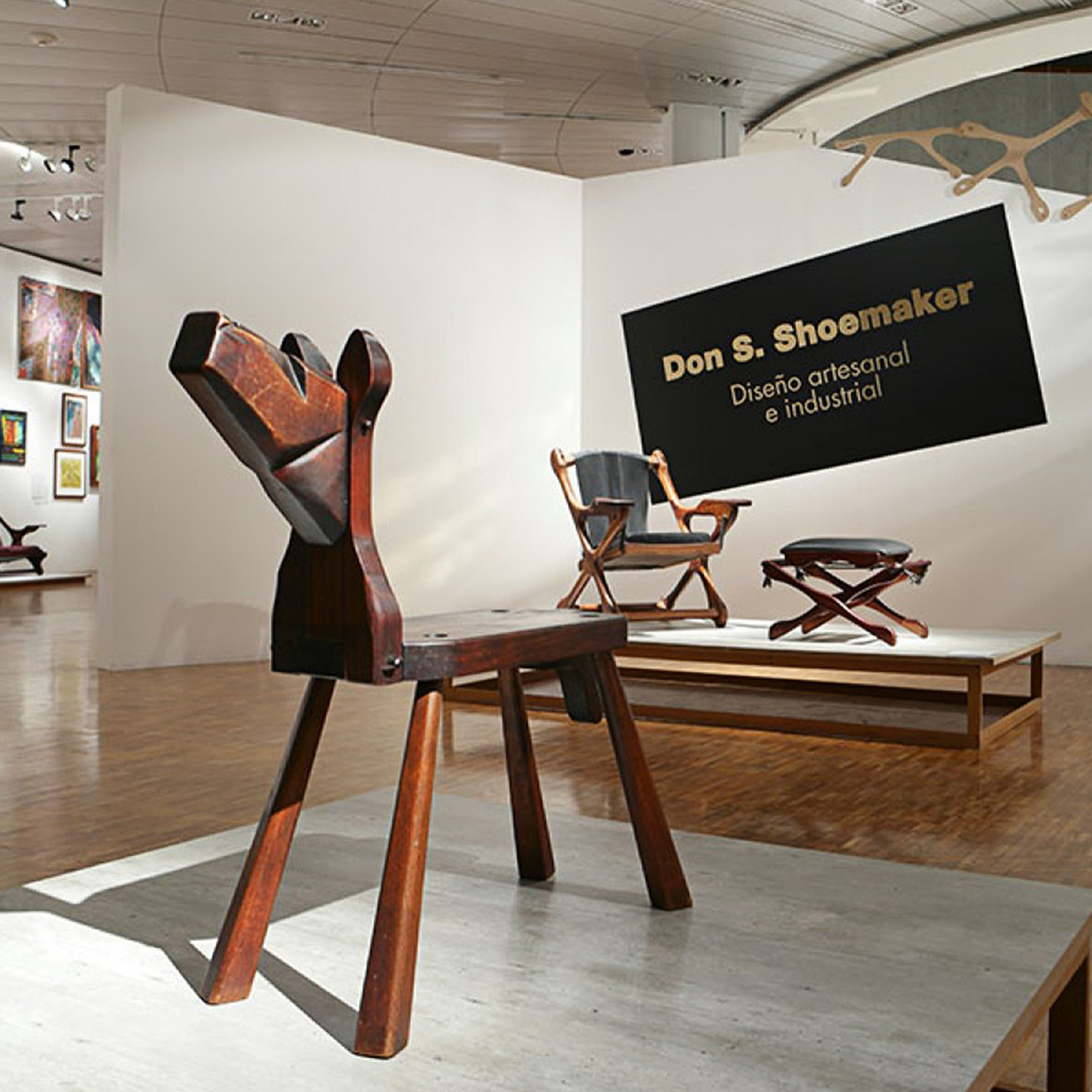 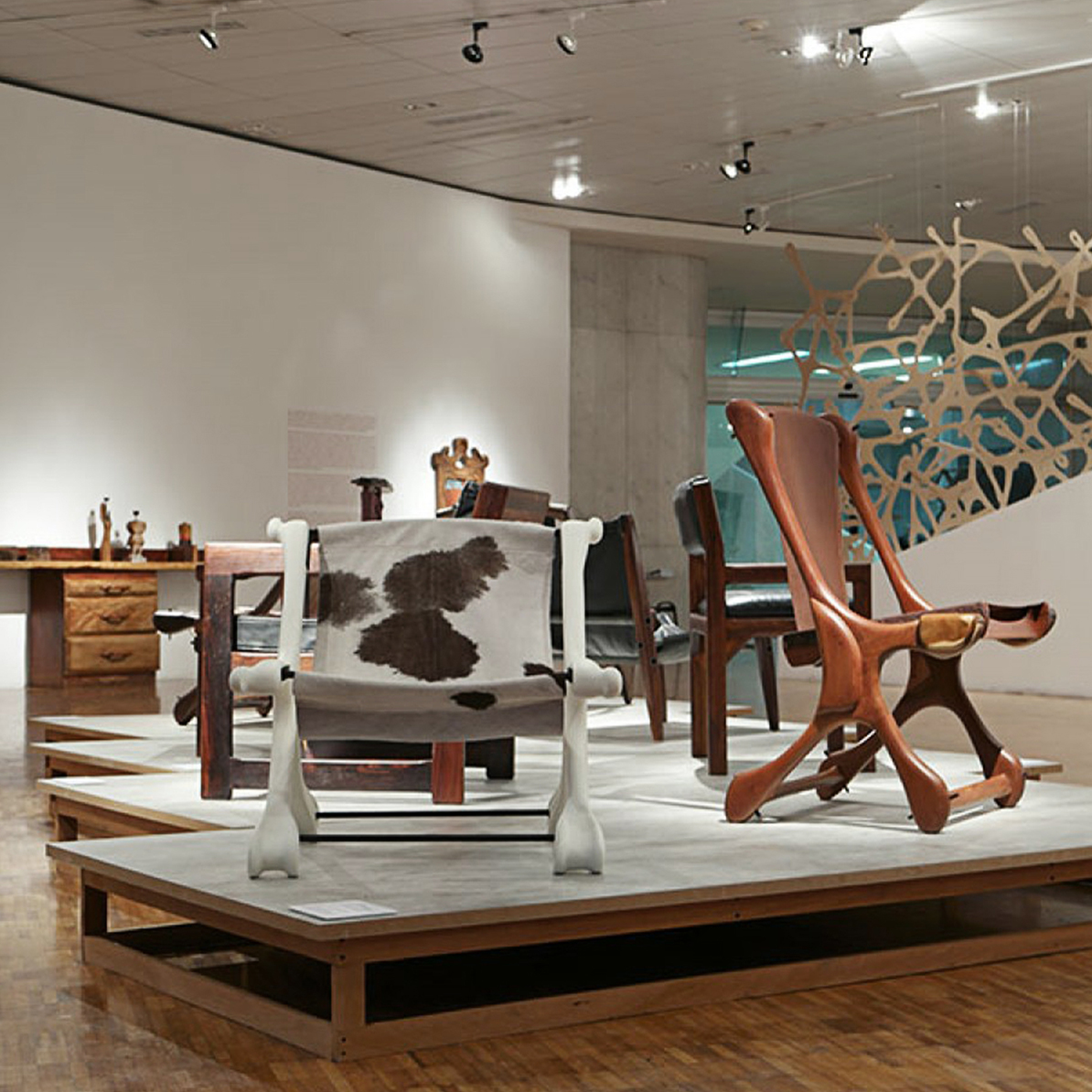 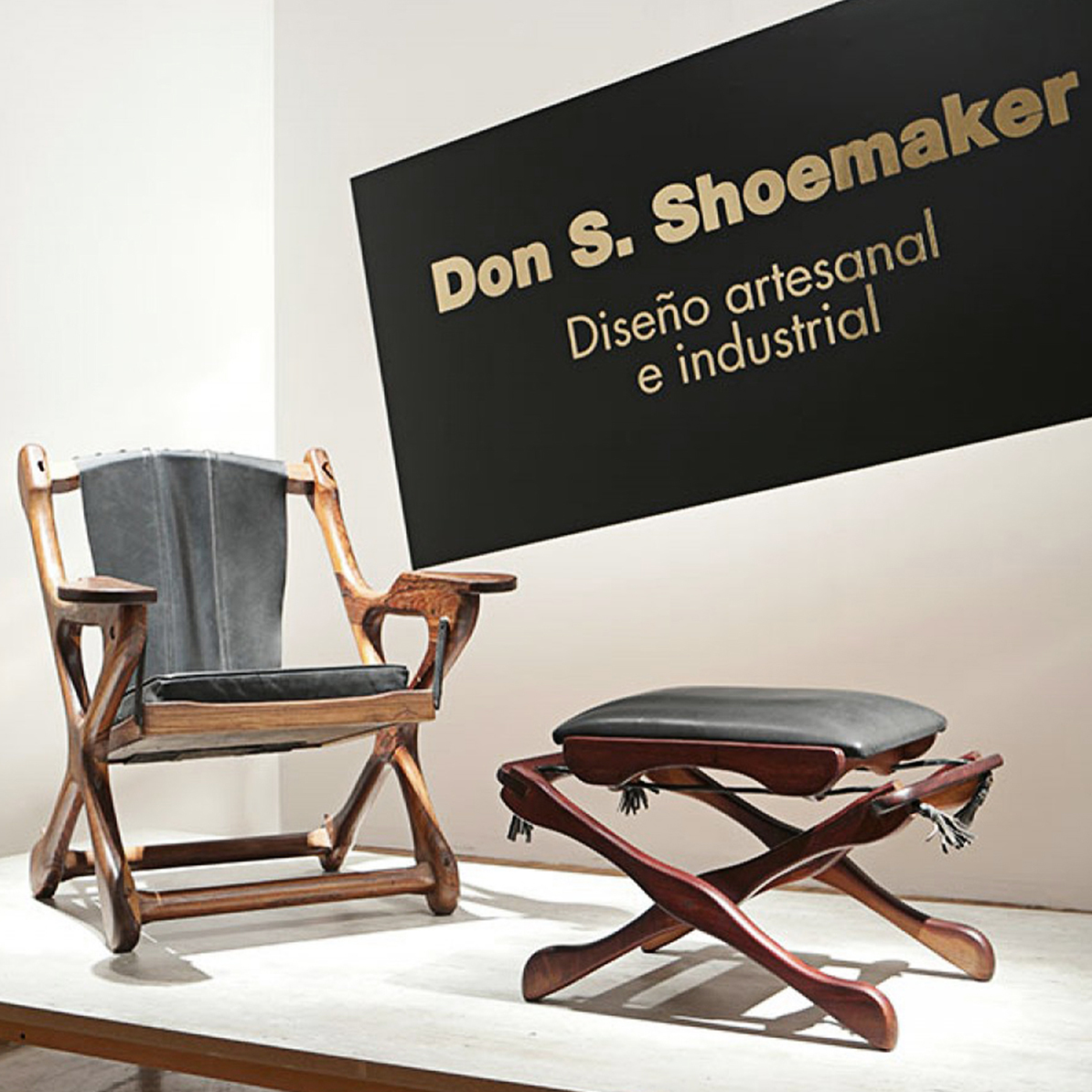 "The furniture produced by his manufacturing company was one of the highest representatives of modern Mexican design, due to its high quality"


The furniture produced by his manufacturing company was one of the highest representatives of modern Mexican design, due to its high quality. It was recognized nationally and internationally, particularly in the United States, where it had a large clientele. In 1975 he participated in the exhibition Mexican Design: Prospective Retrospective, organized at the MAM by Fernando Gamboa.

Don S. Shoemaker's creations were also complemented by a couple of pieces made by his son George and his grandchildren Stanley and George Jr., in order to demonstrate the continuity of this lineage of great designers, carpenters and cabinetmakers so be it without the original commercial name of Señal S.A. 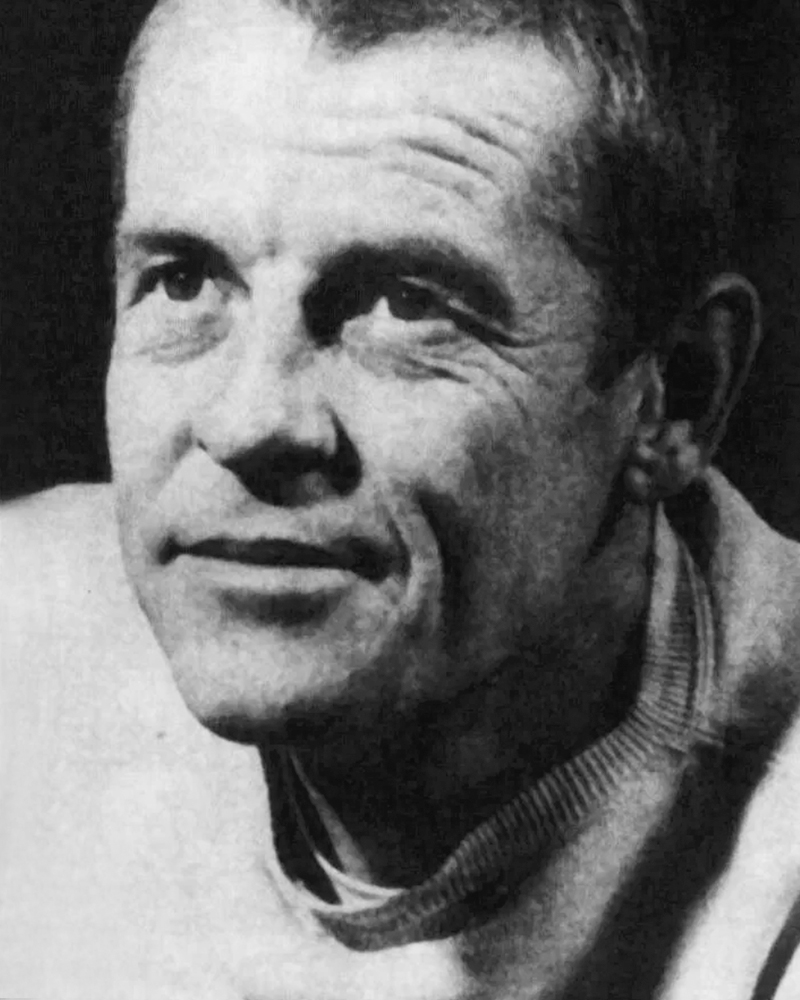