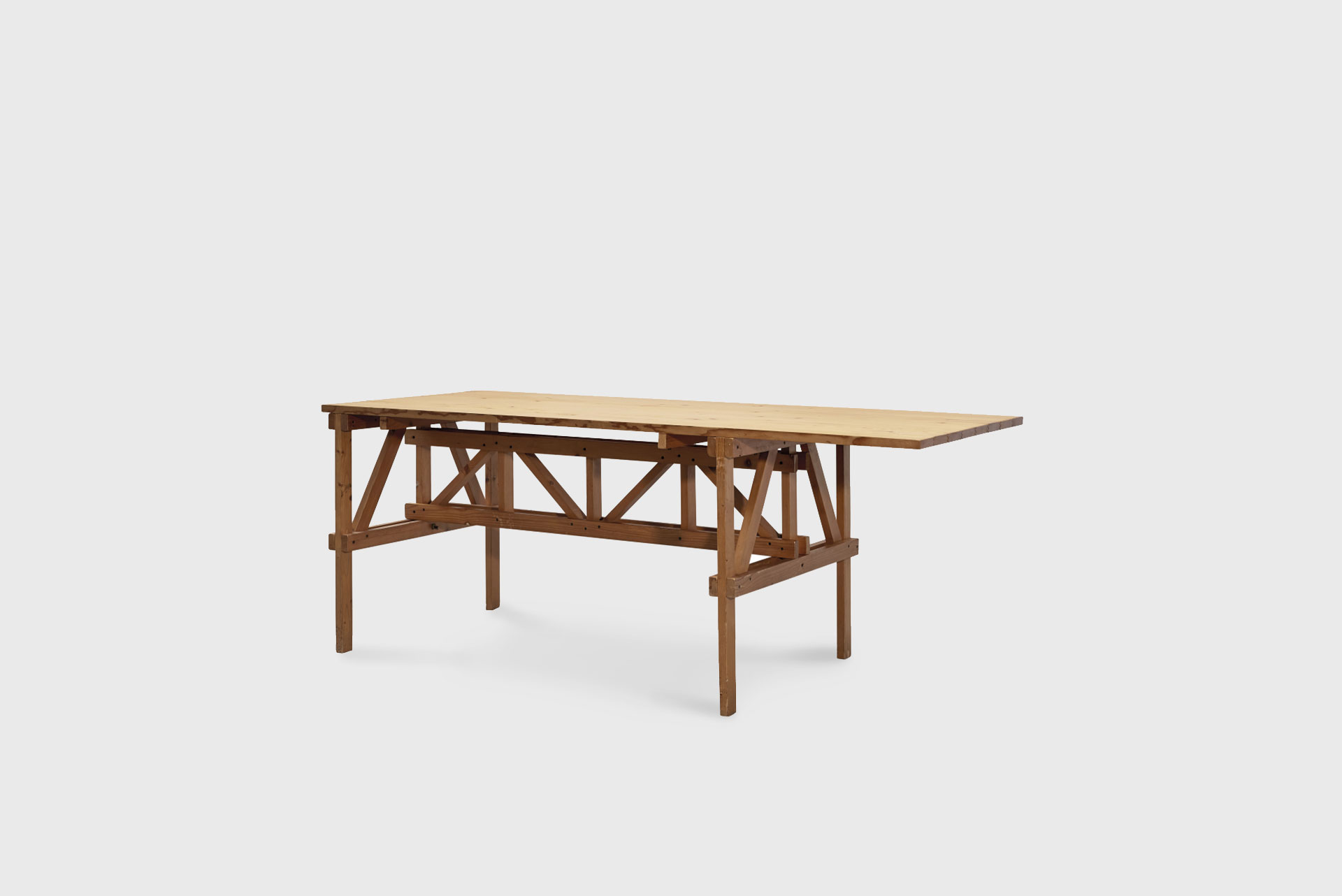 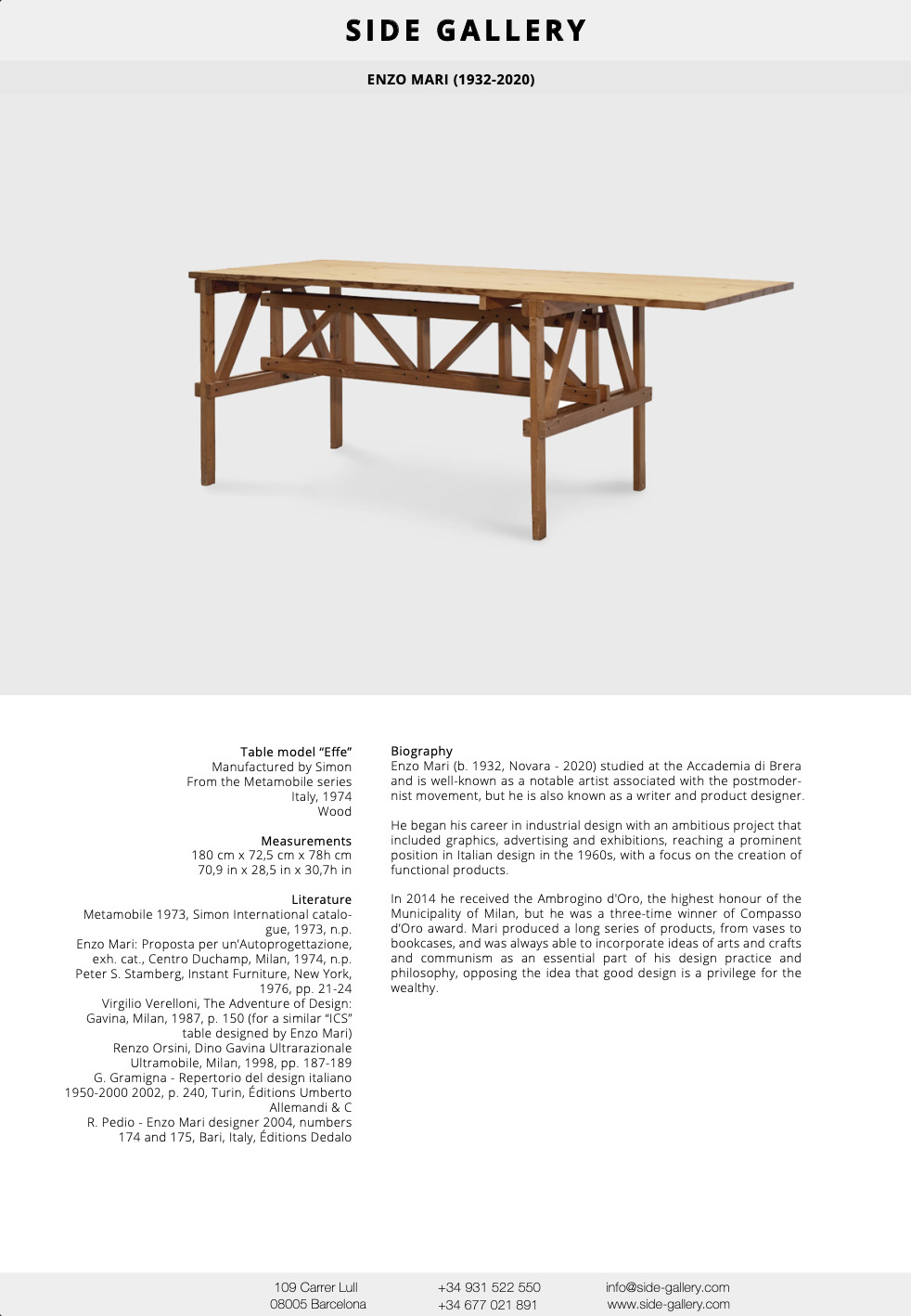 Biography
Enzo Mari (b. 1932, Novara - 2020) studied at the Accademia di Brera and is well-known as a notable artist associated with the postmoder- nist movement, but he is also known as a writer and product designer.

He began his career in industrial design with an ambitious project that included graphics, advertising and exhibitions, reaching a prominent position in Italian design in the 1960s, with a focus on the creation of functional products.

In 2014 he received the Ambrogino d'Oro, the highest honour of the Municipality of Milan, but he was a three-time winner of Compasso d’Oro award. Mari produced a long series of products, from vases to bookcases, and was always able to incorporate ideas of arts and crafts and communism as an essential part of his design practice and philosophy, opposing the idea that good design is a privilege for the wealthy.