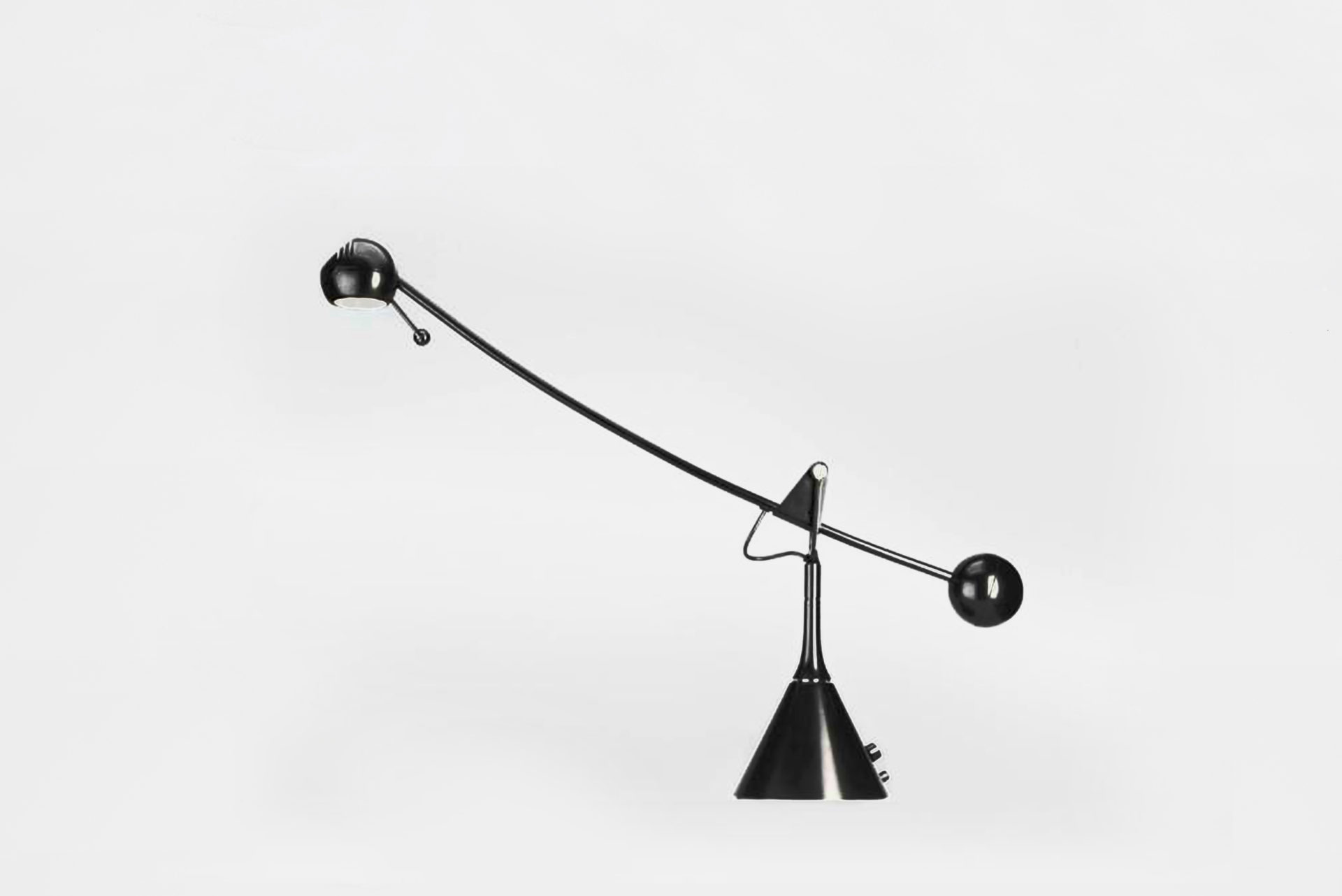 Details
This lamp was selected for the 1977 Delta Awards, awarded by the ADI / FAD of Barcelona, ​​and also for the Design Spain exhibition held during Europalia 1985 in Brussels.

Concept
Calder is one of the most emblematic objects of Catalan design in the seventies. Metalarte was responsible for creating a quality office lamp that could compete with the Italian lamps of the day. It was the time of Richard Sapper's Tizio lamp, which was highly successful due to its functionality and sculptural character. Designed for management offices, it should be placed on high quality, usually large, tables. This implied a luxury object, not for the general public, but for a very specific sector of users, while mobility was an essential objective. It is supported on a very heavy, tapered base, which gives it stability and stability, which at the same time hides the transformer inside, and where the rotary knob for adjusting the light intensity is located. At the top of the base is a horizontal cut that allows the lamp to rotate completely. The arm, almost a meter long, rests on the base with a triangular piece that allows the swing and at each end it has a sphere: one is the screen and the other, much heavier, is the counterbalance that balances the off-center position of the support foot. All parts are made of black lacquered aluminum, except for the tube that forms the arm, which is iron for superior bending resistance, and the grip handle, which is plastic. All elements are black, giving it the formality that required it.
The sculptural proposal of Enric Franch surprised by the originality, while fulfilling precisely all the features that had been proposed. The old scales inspired the designer. The structure and the elements of the counterweight maintain an obvious affinity, but it is also in the design of the small pieces, as in the central triangle of attachment of the arm, where the influence is noticeable. The evocation of cell phones, especially those by American sculptor Alexander Calder, suggested the name, but this is anecdotal, as they had never been an inspiration during the process. design.