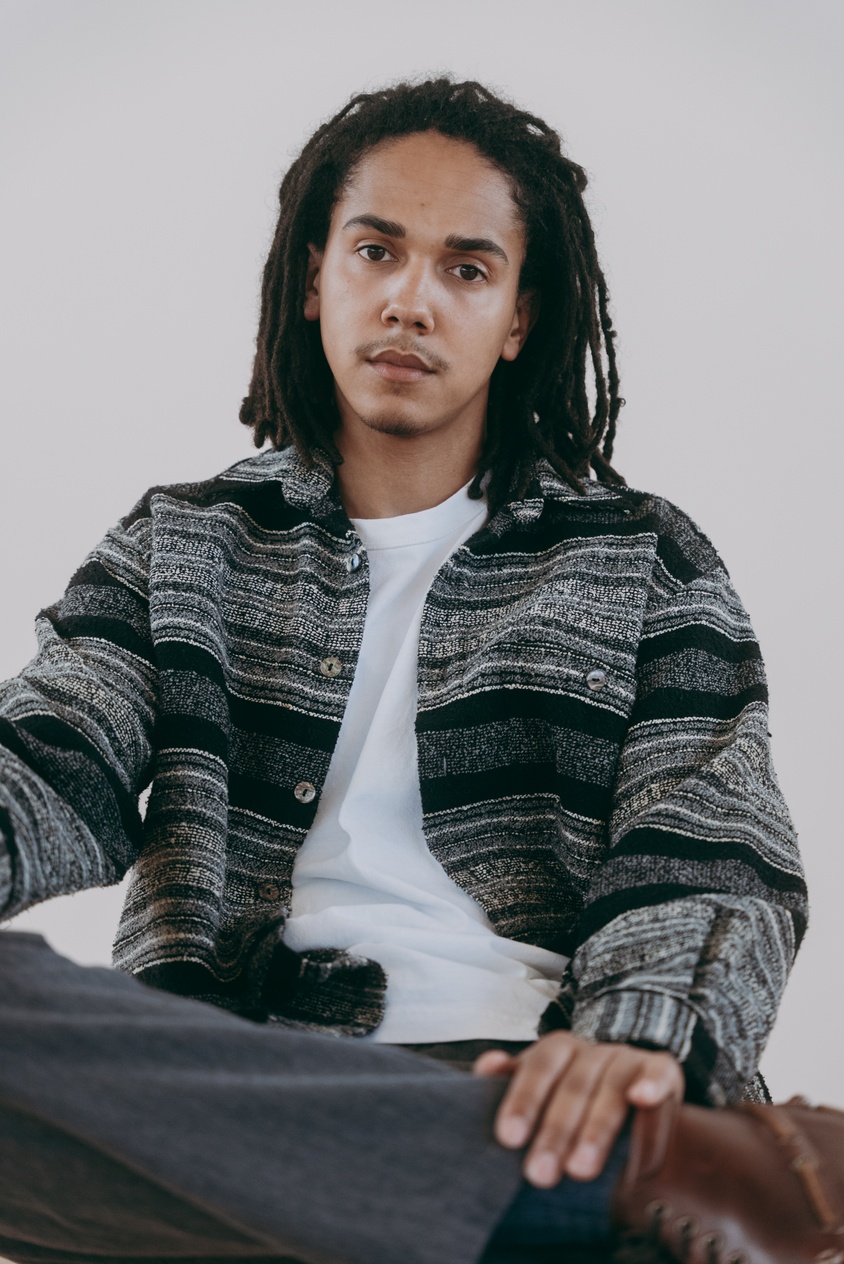 Mac Collins (b. Nottingham,1995 -) is a Nottingham-and Newcastle-based designer whose narrative-rich work draws on a range of references, from mid-century European pieces to his own Afro-Caribbean roots. Growing up in Nottingham, Collins was always drawing and filling drawers with miniature collections of rocks, magnets, and the rubber-coated metal balls salvaged from inside old computer mice. He moved on to graffiti, illustration, and live art performances as a teenager, and became interested in sculpture and three-dimensional forms while completing a one-year, multidisciplinary arts program after high school. At university, he developed the technical side of his skill set, realising that making objects interested him just as much as designing them.


The young designer graduated from Northumbria University in 2018. In his final year of studying design, Collins began tracing his heritage, and subsequently, the Iklwa chair was created. The magnificent ultramarine throne set the tone for Collin’s future designs: imposing, perfectly crafted, and narratively rich, combing both a sense of personal history as well as evocative feelings, in reference to the name, crafted into the spear modelled arm-rests (an Iklwa is a short stabbing spear innovated by the Zulu nation in the 19th century). Made as part of his graduation collection, the piece brought Collins into the spotlight. The chair won the Cræftiga prize in 2018, and the rights for the design were quickly acquired by Benchmark earning Collins credibility at a young age in the industry.


Following the success of the Iklwa chair, Collins was selected to be part of a project, led by Wallpaper magazine and the American Hardwood Export Council, titled "Discovered". The initiative presented the work of a group of young designers from 16 countries. The project culminated in a group show that opened at the Design Museum in London in September 2021 to which Collins contributed a cherry-wood lounge chair Concur, and a bookrest as a ‘companion object’. The set was designed to encourage the sitter to tune out of daily life and focus on an analogue task, inspired by his days of contemplation and reflection during the lockdown. Collins chose cherry for his chair, with the desire to create a welcoming, warm, and inviting piece.


Ensuring the craftsmanship of seating elements, whilst completing a residency at Holkham Hall in England, Collins designed the Jupiter Chair. Constructed through a combination of handcraft and CNC machining, the piece was inspired by the story of a two-thousand-year-old Roman statue of Jupiter, as well as the repeating curves and monumental Palladian-style architecture at the place of residency. It was upon completion of this majestic piece that Collins was awarded his most prestigious prize yet, the LDM Saltzman Prize for the emerging designer of the year. The Jupiter chair along with the Iklwa, and Concur were exhibited at The Design Museum as part of his solo show upon winning the prize in 2022.


Just a few months after winning the award, the designer presented Open Code, arguably his most paramount piece yet. Designed for the Harewood House Biennale, the oak-stained dominoes table brought awareness to the relationship between historic British stately homes and the Caribbean community. In what has been coined A Radical Act of Respect, Collins’ intervention drew attention to the importance of recognising how such institutions and locations were funded and conceived. In the case of Harewood House, the family made their fortune the enslaved labour on sugar plantations in the Caribbean.


Playing again with the narrative of the well know game of dominoes, notably played by the Caribbean community in the designer's hometown of Nottingham, Collins’ most recent addition to the dominoes series, Boneyard has been produced exclusively for Side Gallery. The 12 limbs of the chair (8 legs and 4 arms), mirror the best domino in the game: the double 6, as well as referencing the repetition of the dominoes in the ‘boneyard’, (the name given to the space where the dominoes sit). From a functional perspective, the physical and visual weight of the chair is designed to root the sitter to the earth, to make them feel grounded, encouraging a nonchalant position. The short armrests encourage a leant back, relaxed, confident and broad-chested posture. The chair is handcrafted in solid oak. Boneyard along with new designs by Mac Collins will be on show at Side Gallery, Barcelona in 2023.


In recent years the designer’s creative work has been based in Newcastle, where he studied, but he finds himself slowly migrating back to his hometown of Nottingham, where, in the near future, he will be based again. Collins is working on a number of projects and is building up to his first gallery solo show which will be presented by Side Gallery. 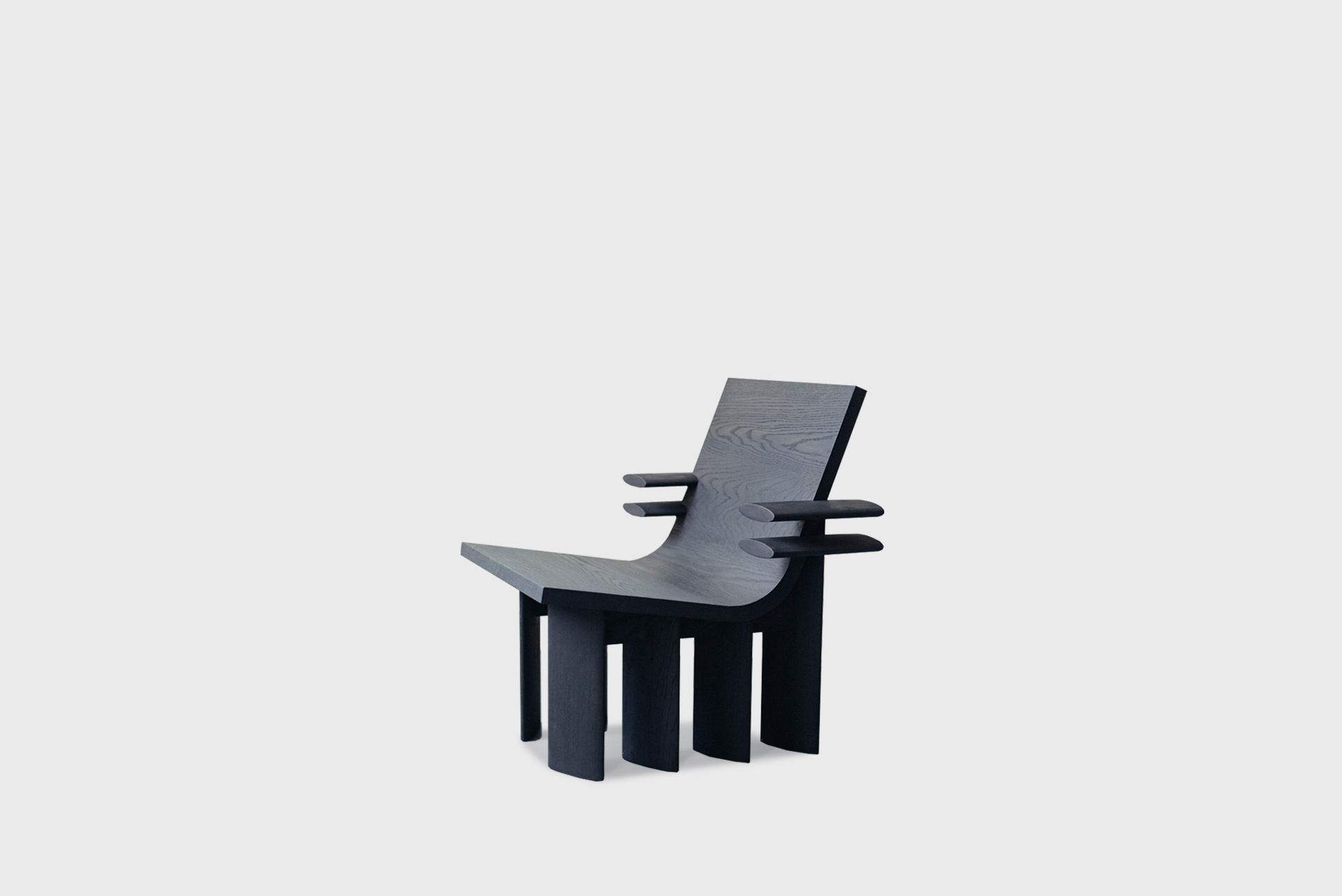 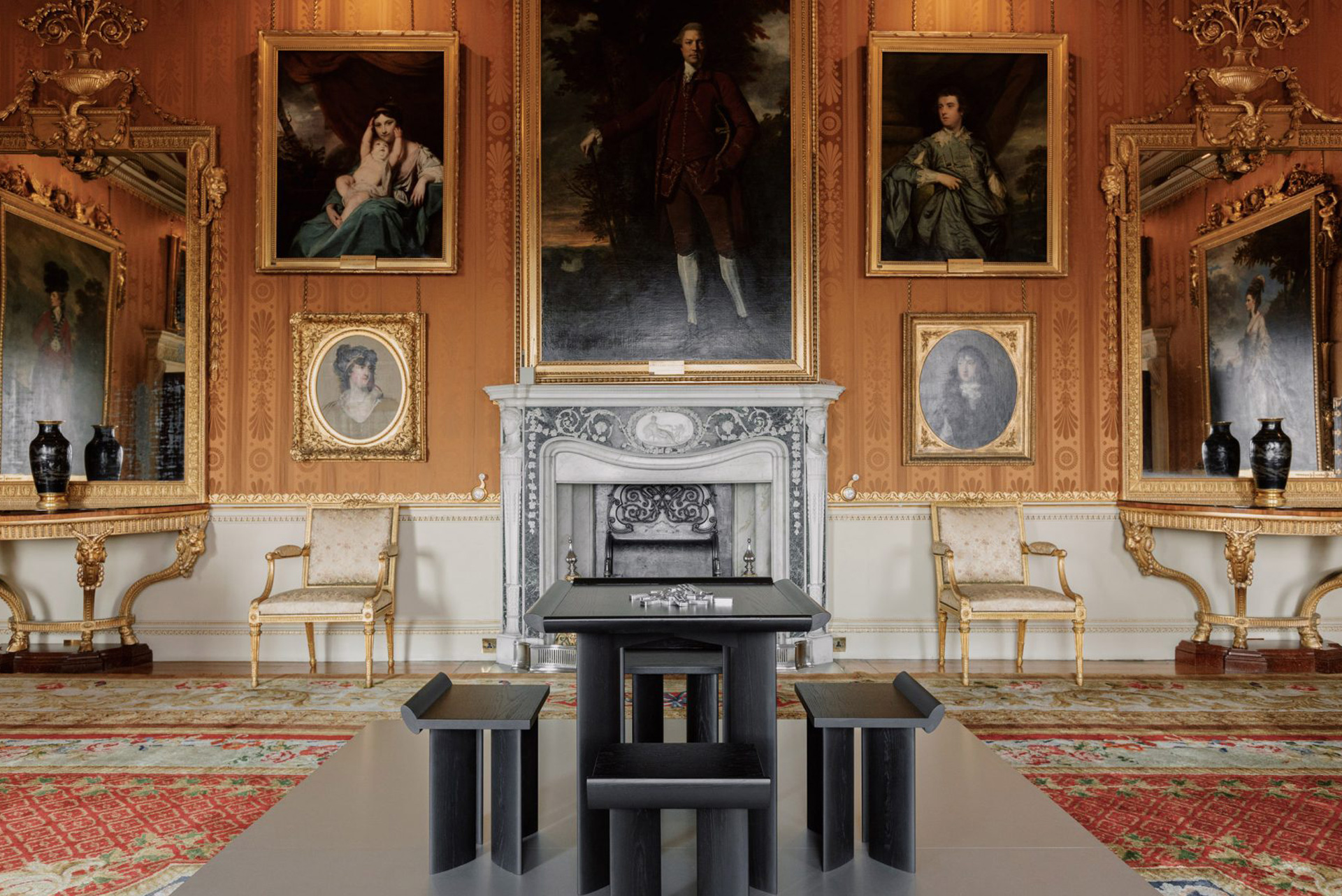 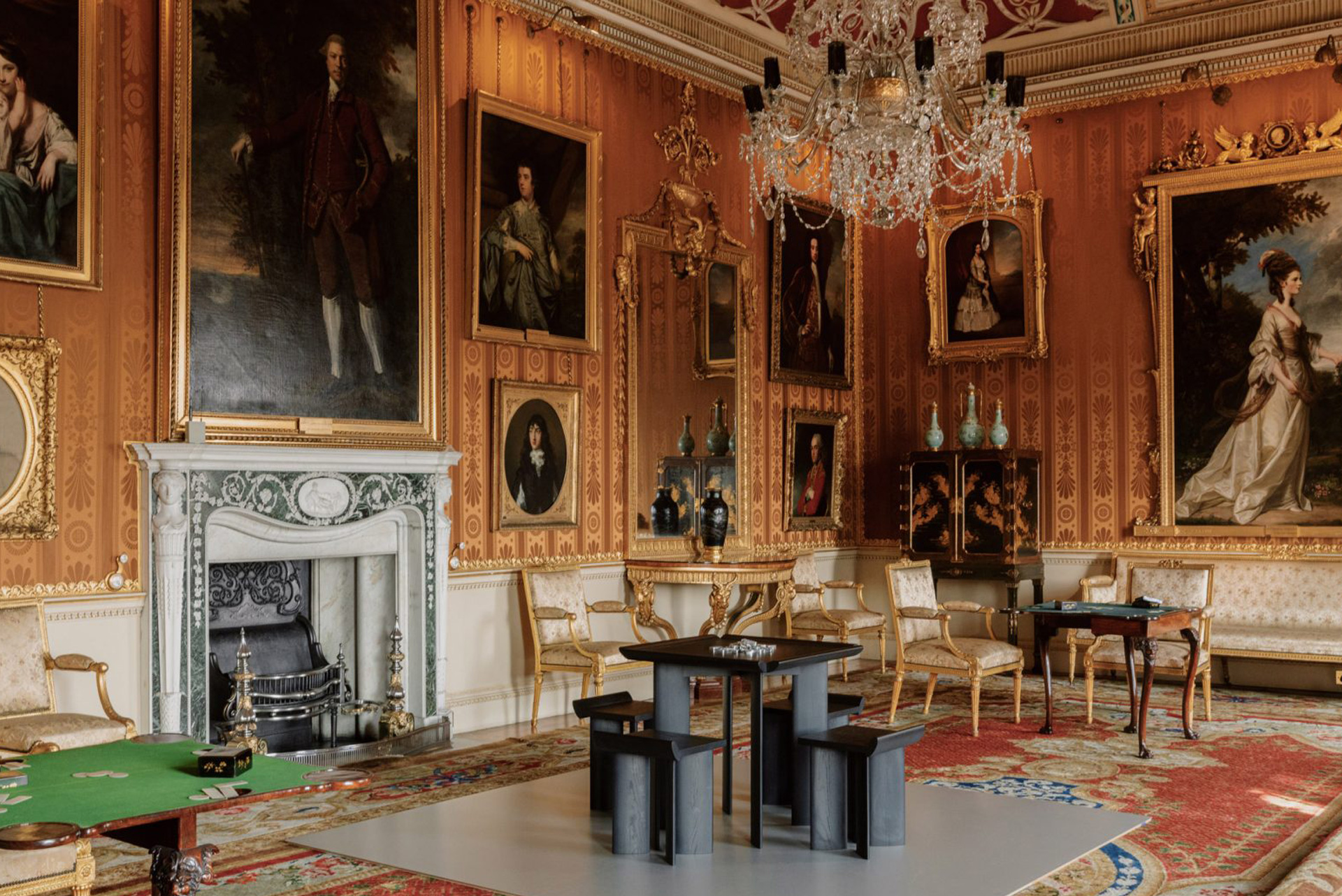 "Radical Acts: Why Craft Matters" An intervention by Mac Collins at Harewood House

The British designer Mac Collins took part in the Harewood Biennial 2022 with a Radical Act of Respect: Open Code and Thaneray (Tenroy), two pieces that aimed to explore how craft can impact social change and address political issues. The table and four stools in black-stained oak with a lacquered finish, topped by a set of cast aluminium dominos - a game rooted in Jamaican culture - intended to confront the legacy of slavery in the space. 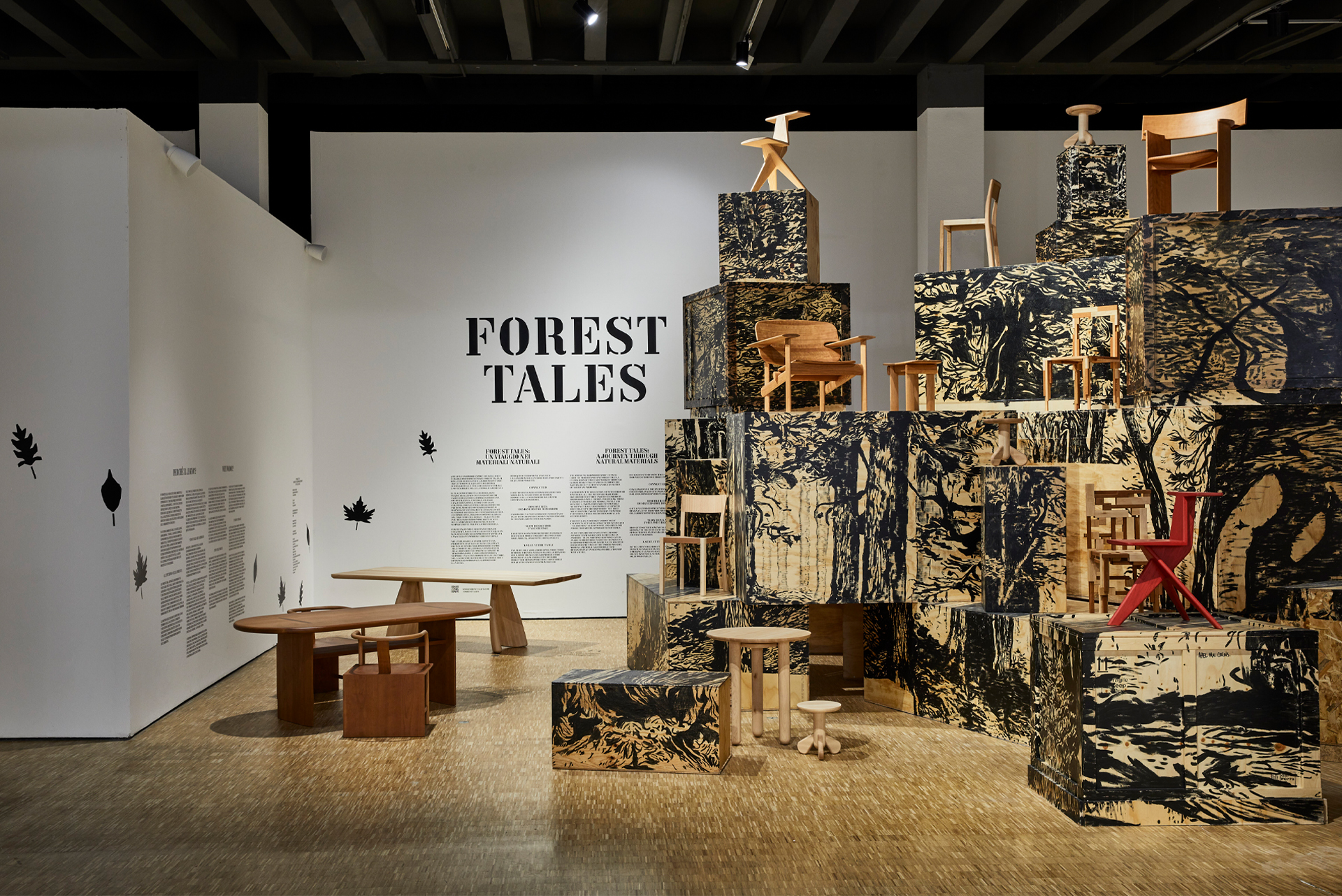 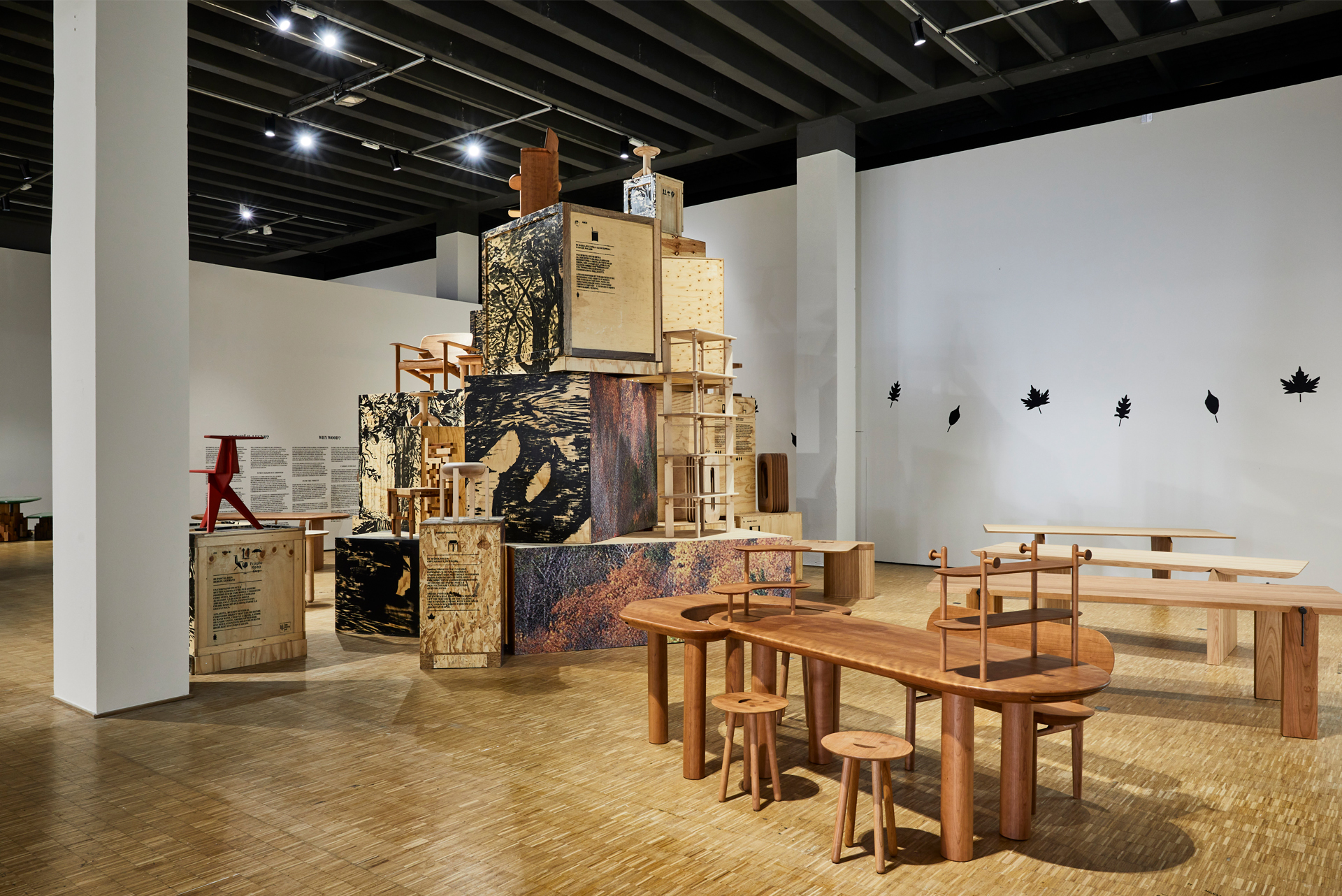 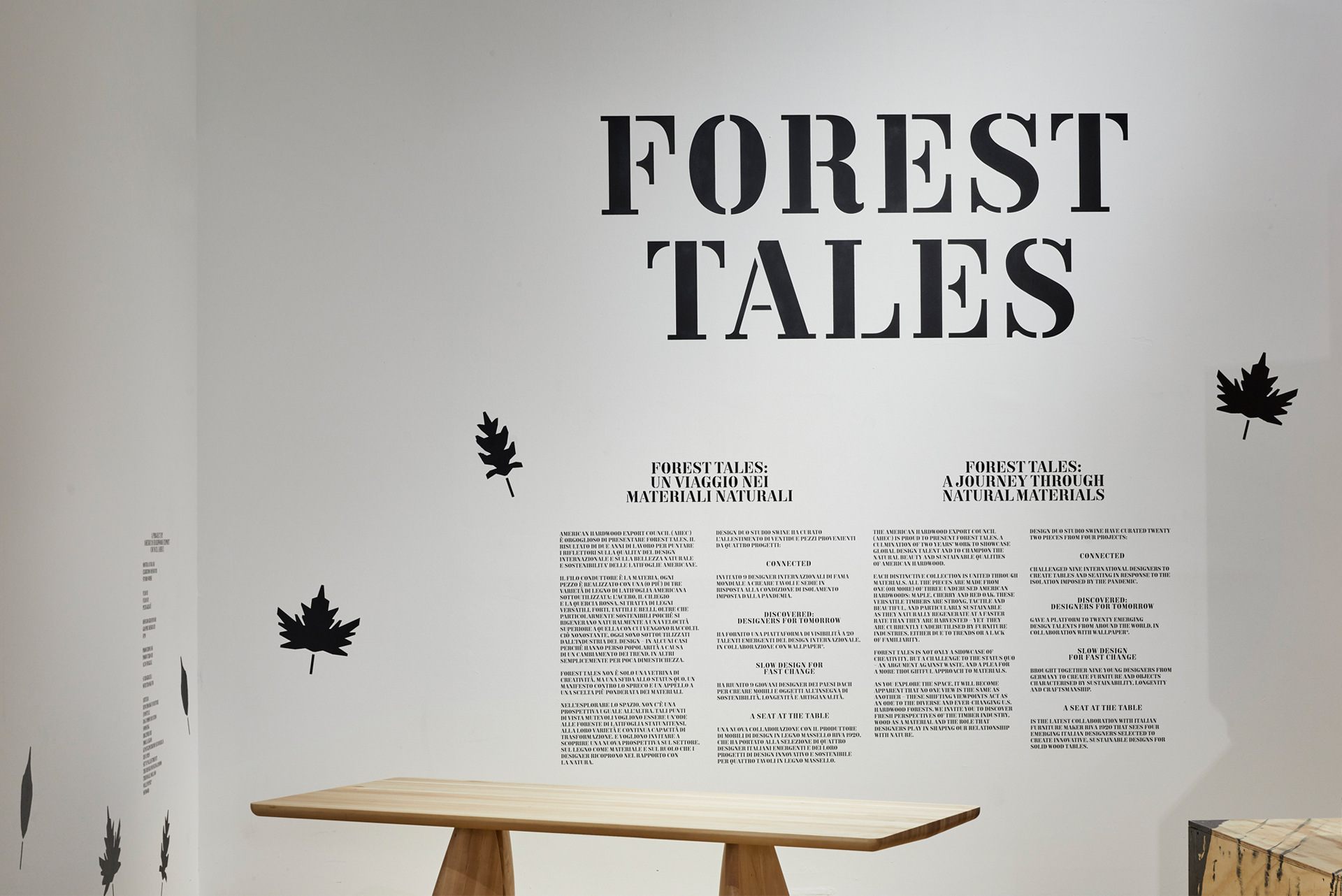 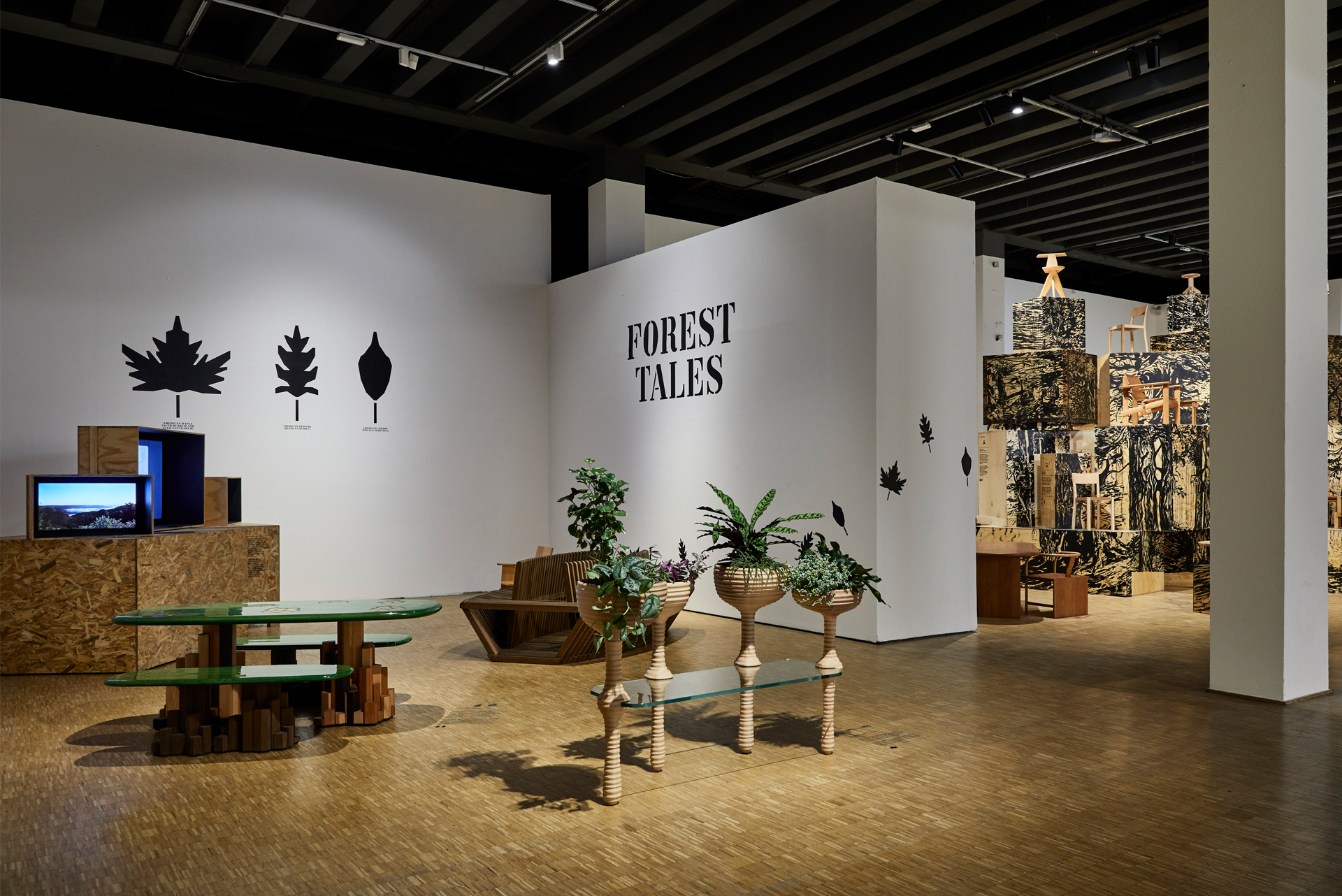 Concur by Mac Collins was showcased at the Triennale Milano during Milan Design Week 2022, for an exhibition named Forest Tales, presented by AHEC and curated by Studio Swine. Showcasing design made from three sustainable hardwoods, the installation encouraged visitors to move towards the necessary changes in the way we consume, build and live. Concur expresses the positive and pensive moments during the long period of isolation, and portrays the period as a voluntary time of reflection and self-care.