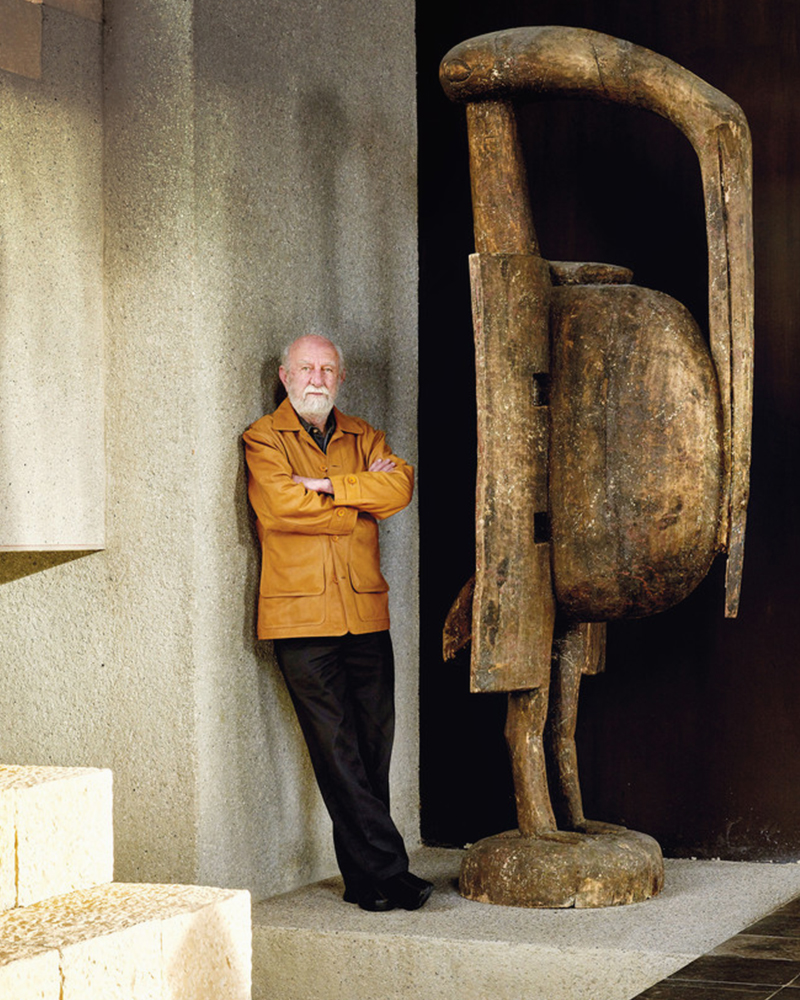 Jaime Gutiérrez Lega was born in Bucaramanga, Colombia in 1932. He completed an undergraduate degree at the Chouinard Art Institute in Los Angeles. At this time, the term Industrial Design was not yet widely used; instead, the term applied art was the standard way to describe the production of this type. From the early days of his undergraduate studies, it became clear that Jamie aspired to dedicate himself to designing aesthetic but useful objects; thus, he supplemented his studies with Interior Design at Belmont Adult School and with Furniture Engineering at the Technical Institute in Lahti in Finland.

On return to his home country after a lengthy period of study, his name was soon attached to companies such as Artecto and Ervico and important educational centers. He was a teacher and lecturer as well as a creator of diverse and successful products. He also won important awards inside and outside of Columbia. Jaime Gutiérrez Lega has made great contributions through the conception of innovative products that demonstrate how design is beauty, functional, a service, and an economy for the benefit of all. His design ideology served him for 50 years, reaching beyond just designing but also contributing to improving production systems. Perhaps his most renowned piece, which has become an icon of modern design in Columbia, is the Chair "Ovejo," followed closely by the "Muni" collection, a line of children's furniture made with zero waste.

Whist studying in LA one day, Gutiérrez Lega saw students leaving a class with a "sculptural" shape, like that of a phone, in their hands, all different, but with the same functional principle. He asked them what the creation of these objects was about, and they explained that they were dedicated to creating useful objects which were also aesthetically pleasing. Jamie was inspired by the concept and changed his career.

"When I returned [to Colombia], I started researching which industries applied design in Colombia. I was disappointed because there were only two: General Electric and Philips, and neither required designers because they brought everything from outside…the only industry where I could focus my profession was in furniture." At this time, Werner Biermann began the mass production of modern furniture under the brand Mini Max. In Medellin, Hermes Furniture and Toni Furniture operated. The latter hired the young Jamie. One of Jamie's most notable projects at Toni Furniture was his contribution to the remodeling of the Professionals Club; he was asked to create new seats for the pool area, which would need to withstand the rigors of weather and water. He devised the "Floating Chair," which consisted of a metal rod structure that supported a bright-coloured rubber seat. "After the concept was born, I went to the Firestone to order three dozen colored tires. The owner explained that this could not be done because rubber did not hold paint. However, I insisted until the man told me to make a sketch, and he would send it to the parent company in England," Gutiérrez Lega says. "After a while, they called me to look for a package: they had sent the 36 rubbers along with a letter congratulating me on the idea, but scolding me because I had put the lab to work hard." The success of the "Floating" chair was so great that it appeared on the front page of a Medellin newspaper.

During the 1960s, Jamie worked with Ernesto Vivas in Artecto and then in Ervico. His clients were mainly architects, artists, and people with a taste for modern design, simple construction, and clean lines. On a production level, Gutiérrez Lega's work has been characterised by standardisation and waste reduction, concepts he learned during his specialisation in Finland.

Jaime Gutierrez Lega was entrepreneurial in character. After his time at Ervico, he designed his studio in which he developed a variety of projects, including a public phone box "Bubble" in transparent plastic, which populated the streets for many years due to the contract he signed with Phones Bogotá.

Later in his career, he turned to the industrialisation of objects. He introduced the concept of "open office" in Colombia through lines of furniture he produced for Hermann Miller. As a result of his work with Hermann Miller, Multi projects was born, a company still engaged in the design and manufacturing of modular furniture for open offices.

Jaime Gutiérrez Lega's flagship chair, the "Ovejo," is a symbol of local identity and resourcefulness, two aspects of design always present in the work of Jamie Gutiérrez Lega. 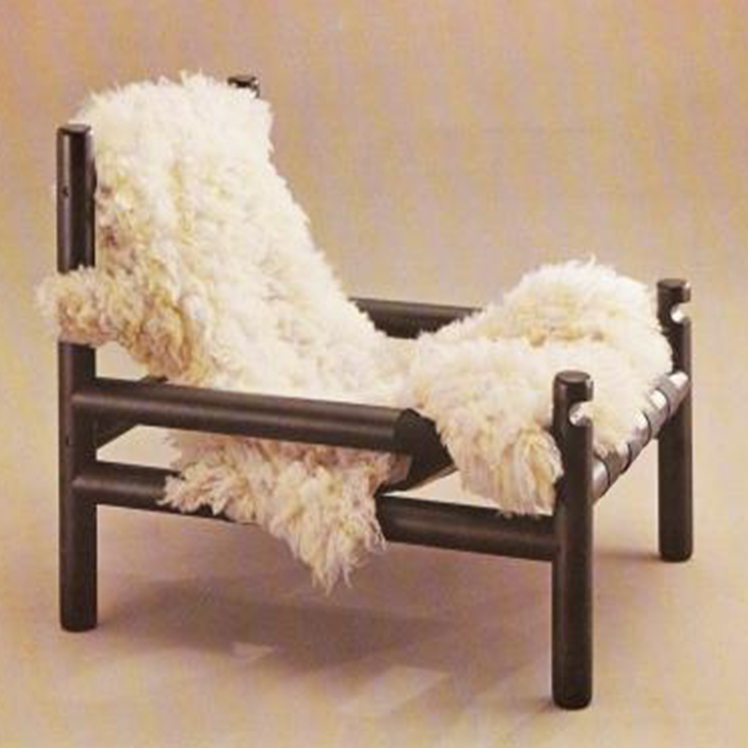 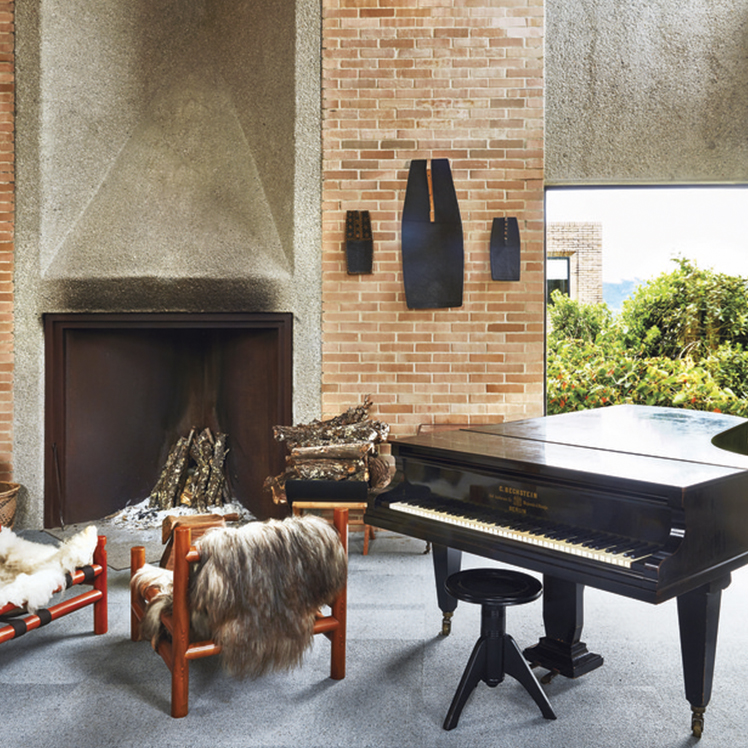 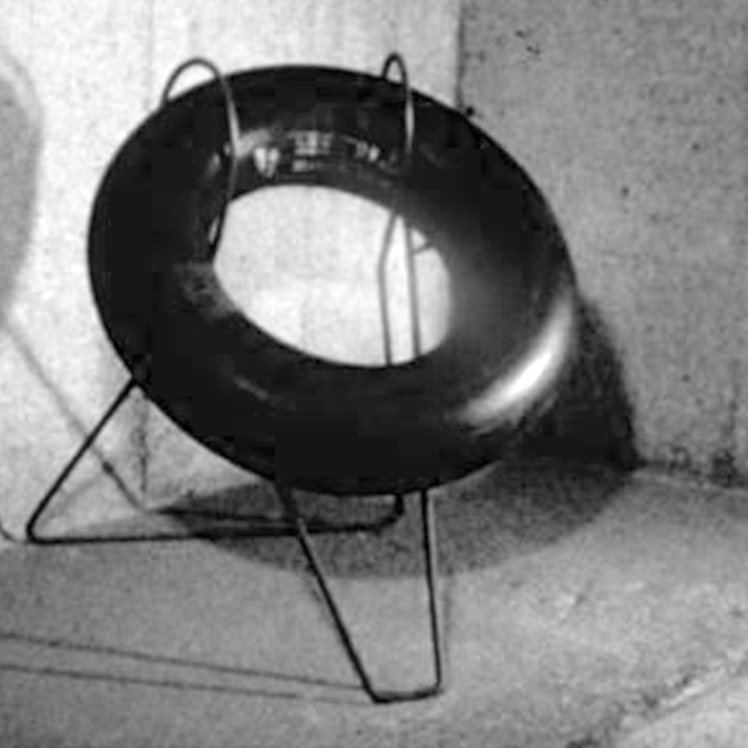