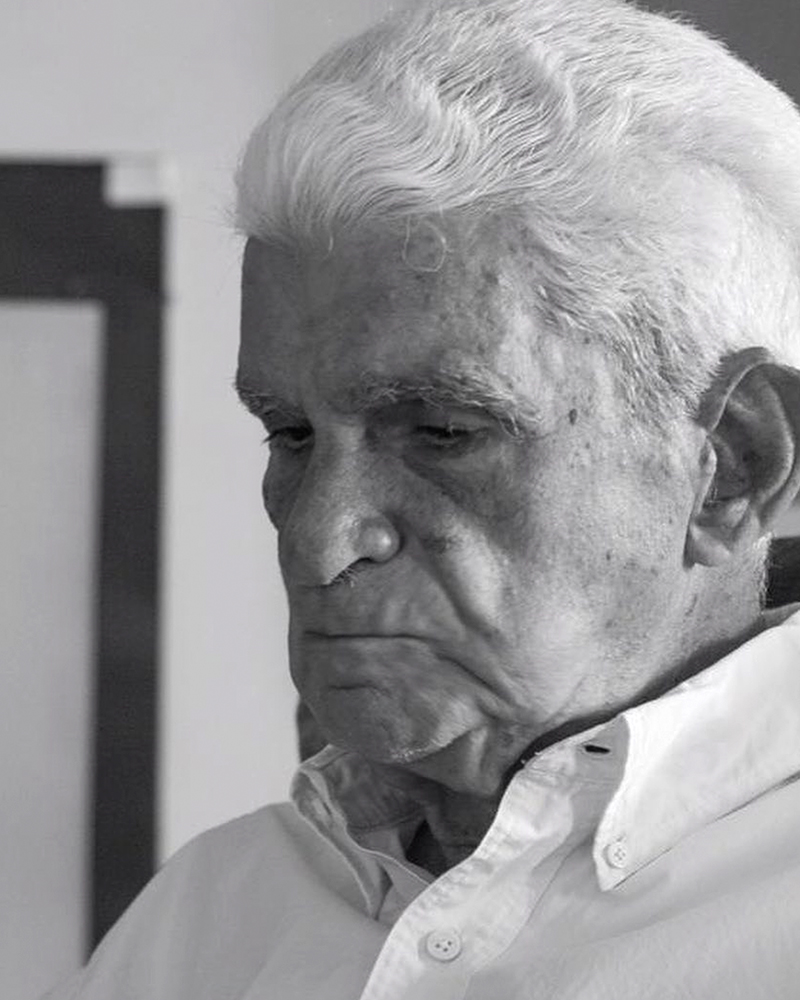 Gonzalo Córdoba and María Victoria Caignet have become known as rare figures in Cuban history. They worked as designers with enthusiasm and passion. They are favored for their rigorous exploration of existing local materials from their homeland, Cuba. The duo produced industrial design following climate conditions, economic rationality, a sense of beauty, and the expression of a set of values important to his country.

Their work encompassed more than 6,000 designs produced by companies such as the Ariguanabo textile company and the Combinado del Vidrio. They also included countless small workshops for which they insisted that all materials should be national: woods, textiles, leather, fiber fabrics, marble, metal.

The pair worked together continuously from 1959 in various Cuban companies, beginning with the Interior and Furniture Design Workshop of the Tourism Projects Commission, the Central Planning Board, and the Various Productions Company (EMPROVA). For these national efforts, they were awarded the National Design Award in its first edition, presented by the National Design Office for the work of a lifetime.

True to Cuban values, Cordoba and Caignet worked on projects that would benefit society as a whole rather than a small section of the elite, notably giving equal consideration to the dressing rooms of workers who took part in the activities of the many hotels, hospitals, government houses, homes, restaurants, protocol houses, pavilions for fairs and exhibitions and schools, he was commissioned to build. They were known to have on more than one instance attacked all kinds of luxury. The work of Gonzalo and Maria Victoria was a model of simplicity, never giving in to the call of luxury and importation except when an object exceeded the technological capacities existing in the country: their work was decolonizing.

Gonzalo and María Victoria Caignet worked in collaboration for much of their career. During the 60s and 70s, Gonzalo and María Victoria were part of numerous projects and exhibitions in which the idea of ​​a local, "third world" design, fitting to local circumstances and establishing the necessary links, seemed to gain strength in the international art scene. In those years, the value of design in the quality of life of Cuban society was debated intensely, of its more than significant role in import substitution (to save foreign exchange) as a possible line of exports, as well as regarding its significance on the scale of cultural, moral, ideological and political values.

In line with the desire to increase the export of industrial design, the creation of the School of Industrial and Informational Design, attached to the Ministry of Light Industry, in the late 1960s, was endowed with a magnificent team of teachers and two important graduations; the visit to Cuba of Tomás Maldonado (Director of the Ulm School, heir to the mythical Bauhaus), Gui Bonsiepe, Yuri Soloviev, Armand Mattelart and, the creation of several industrial design offices (especially that of the Cuban Institute of Investigations and Orientation of Internal Demand), contributing to the development of the design of objects on its various scales as construction plans throughout the country multiplied and required , consequently, responses to the growing demands for furniture, lighting and general setting.

For the first time, the concept of environmental design was debated, intelligently defended so many times by the architect. Fernando Salinas (who, upon being appointed Director of Plastic Arts in the nascent Ministry of Culture, 1976, did not hesitate to change the name of his office to that of Direction of Plastic Arts and Design) through articles, essays, colloquia, seminars, events. Since then, and much earlier, Gonzalo and María Victoria were very clear about the depth of this concept, its scope, and comprehensiveness, its insertion in the different spheres of daily life, so they felt like fish in the water amid that vivifying cultural climate.

From 1950 to 1958, once fully launched into industrial design, Gonzalo was called to design the interiors of critical recreational spaces: the Wakamba, Kimboo, Karabalí cafes, the La Zorra y el Cuervo bar, the Miramar Yacht Club, in La Havana, the International Hotel in Varadero, and others more than many we remember for its coherence, comfort, "style" (a word very much in disuse), elegance, freshness.

From 1959 he joined María Victoria to share new adventures and interior projects from JUCEPLAN and MiCons, especially the Guamá tourist complex, south of Matanzas, the Naval (Havana) and Lenin (Holguín) hospitals, salons of reception, lobbies and offices in the Palacio de la Revolución, from which emerged the designs of the Guamá armchair and the Isla table, both from 1959. During the 1967-1971 four-year period, his international activity was great as it marks the beginning of a series of contributions to the Paris and Milan Furniture Salons and exhibitions in the Liljab Museum in Stockholm, the FAO headquarters in Rome, and the interior design of the Cuban Embassies in Czechoslovakia, Denmark, Sweden, Mongolia, Austria.

In 1967 Gonzalo met Steph Simon, a gallerist in Paris whose prospects were not looking good at the time, despite having Noguchi among his designers and artists. However, he took the risk of exhibiting objects of the Cuban designers in wood and marble. To the surprise of the Paris art scene, his clientele increased along with sales. This motivated Gonzalo to continue working with the Parisian gallery and modestly introduced his work to certain areas of the European market.  Between 1972 and 1973, along with his respected collaborator Maria Victoria he experimented with fabrics in designs for curtains, tablecloths, doyles, shirts, and even in wooden structure luminaires. From this time, the famous Pescadora tableware (avocados, cup holders, trays, cutlery) were created from precious woods, and two years later, María Victoria started a new line of tableware in glass. Both had already launched the Flora and Adria armchairs in 1974 and a set of stools, thus evidencing their tenacity and persistence, all the time in search of maximum efficiency and minimum material, whether the project was domestic or commercial.

Unquestionably, Cordoba and Maria Victoria are best known for their contribution at EMPROVA from 1974, under the constant encouragement of Celia Sánchez Manduley. The latter saw in them the guarantee of promoting a Cuban design from its origin to its reception.
During the 1980s and 1990s, they began designing furniture, and he produced unique pieces such as the JG chairs (1985), Queta, Matías and Luigi (1990), and the MV armchair (1987). He also expanded into other fields such as textiles (in cotton yarn and henequen fiber, for example), prints, glass and blown, wood, marble, and metals (for desktop objects), lighting.

Gonzalo and Maria Victoria's works are alive, familiar, and in tune with the circumstances of life, however difficult they may be. Their designs are never crazy, snobbish, frivolous, ancient, absurd, silly, useless, or impossible to create. They are designs from here and now, rooted in reality, an expression of an artistic culture that draws from the academic and famous and, on sources anywhere in the world, whether from the Far East or Jamaica. The work they produced has a democratic spirit, and it is a response to globalisation that threatens to erase the differences that define each nation. 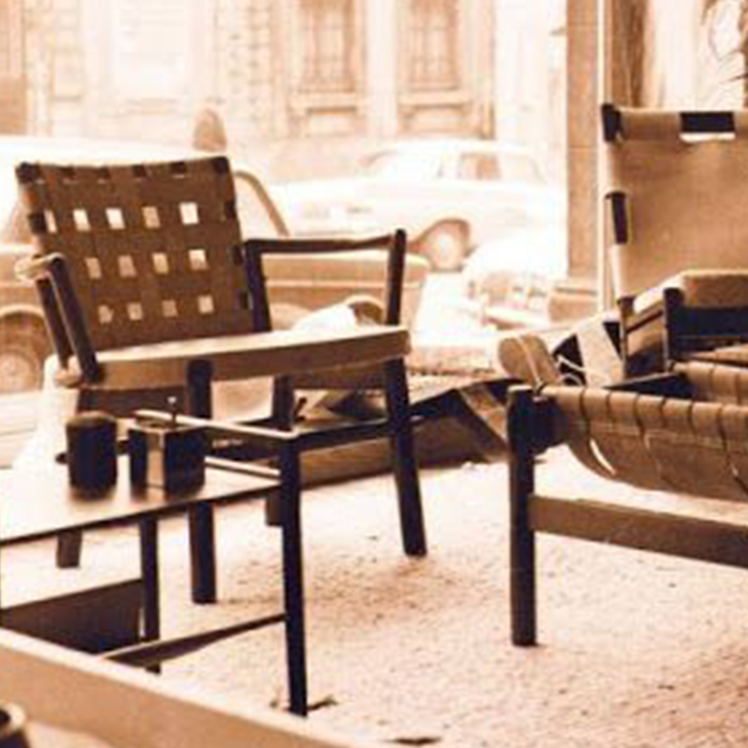 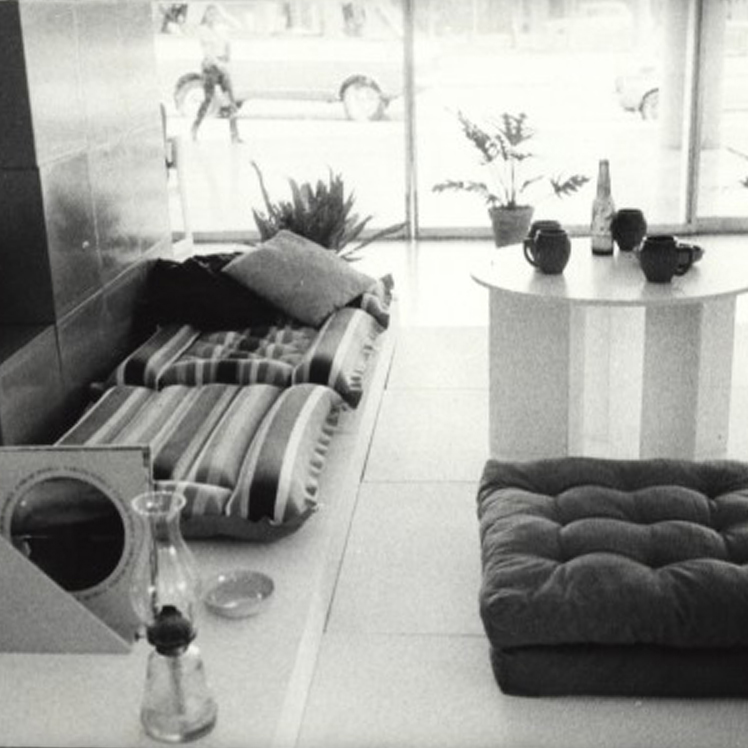 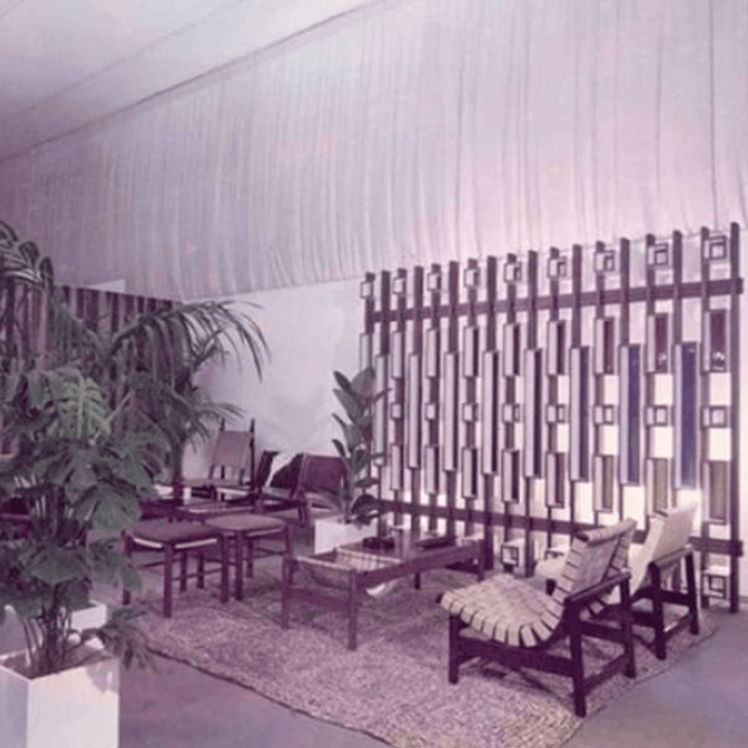