TOM VOLKAERT. AS SLOW AS POSSIBLE | Side Gallery 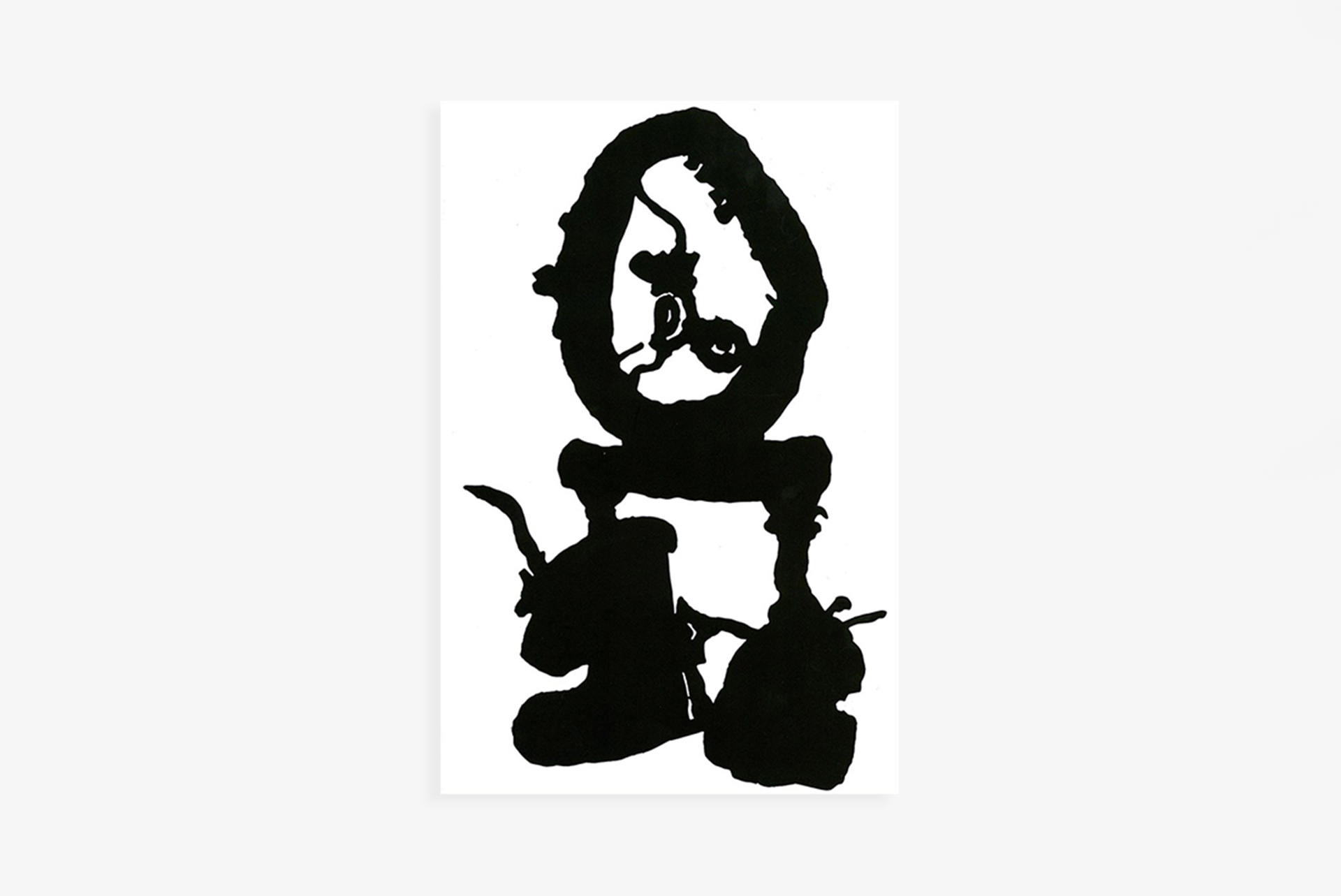 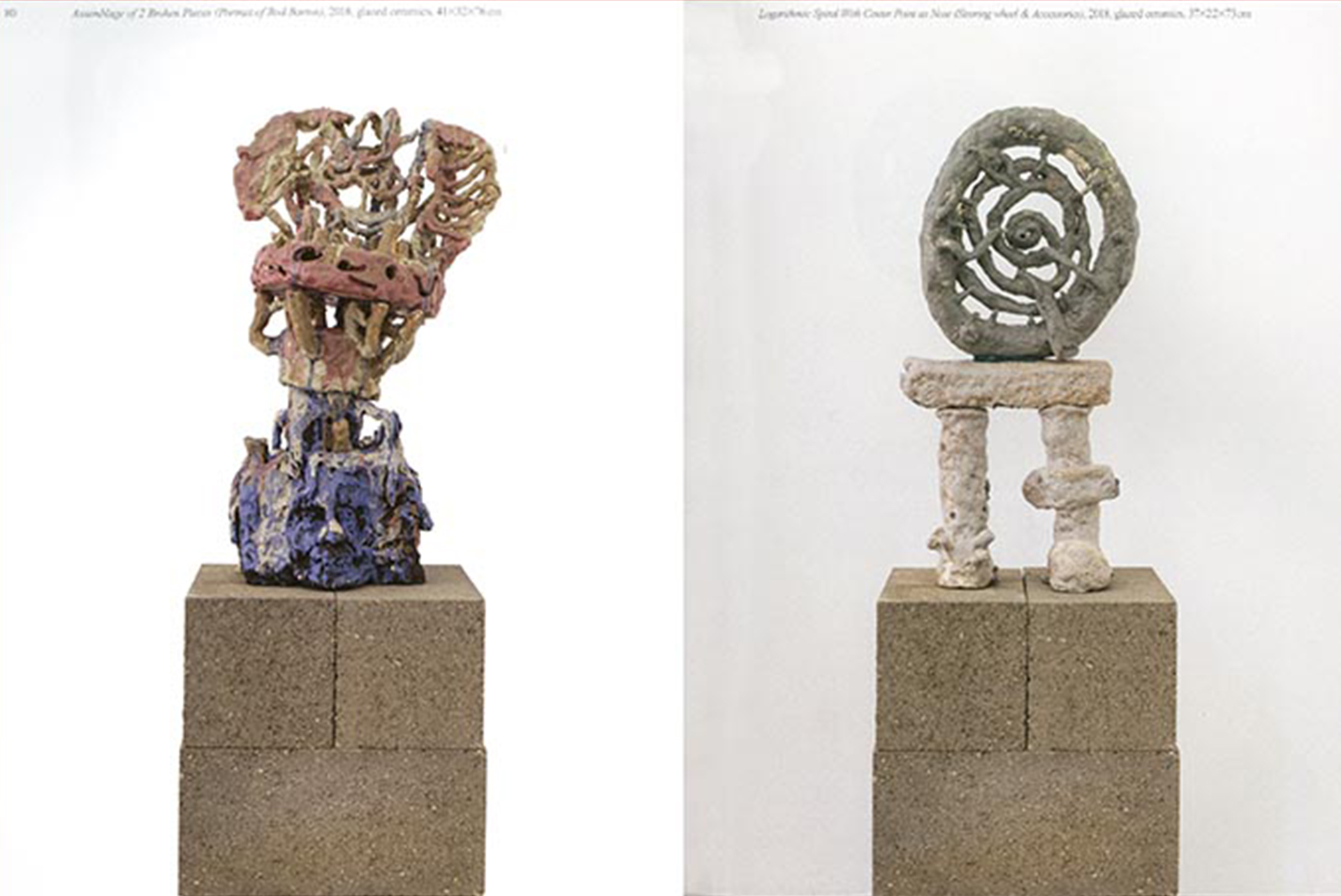 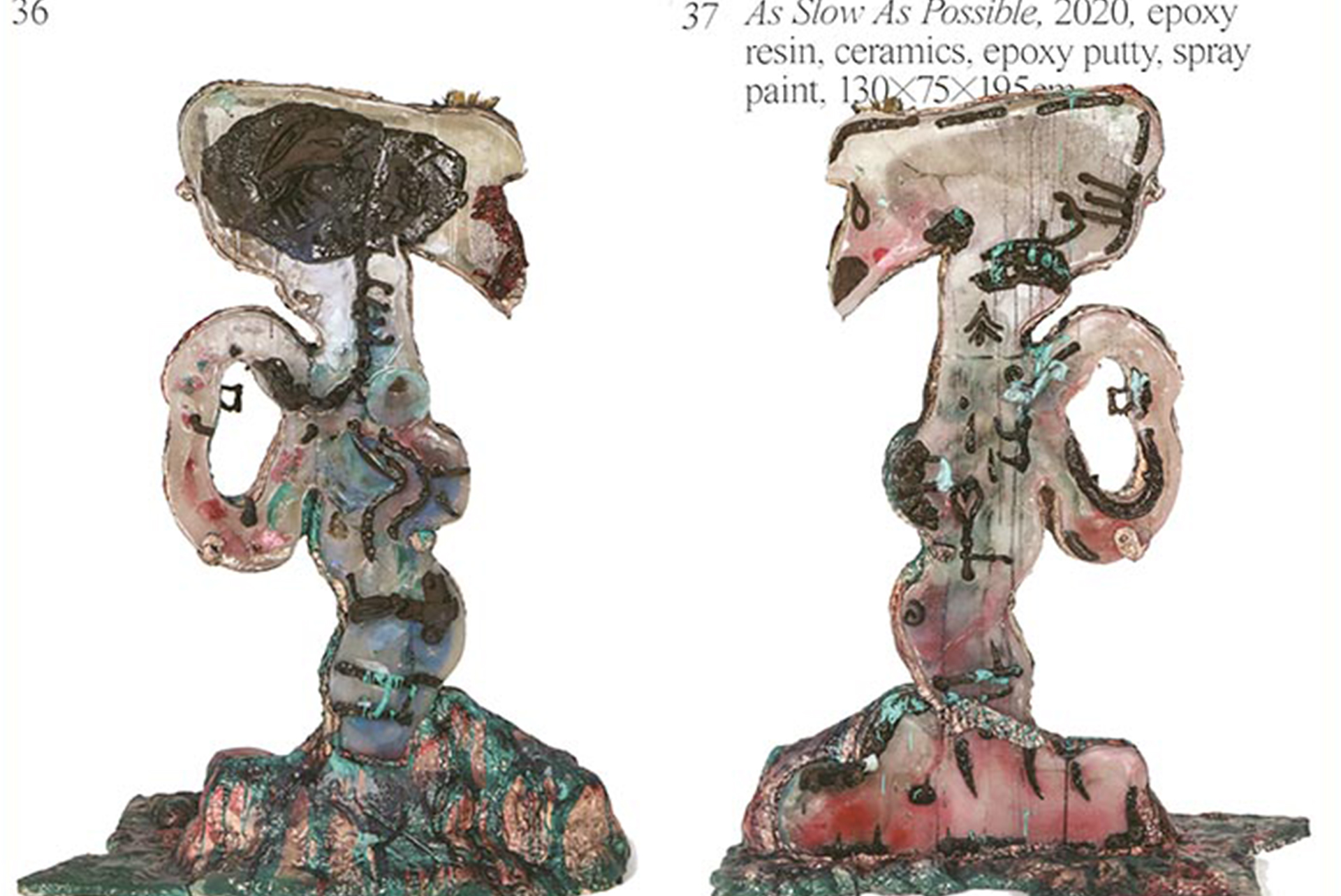 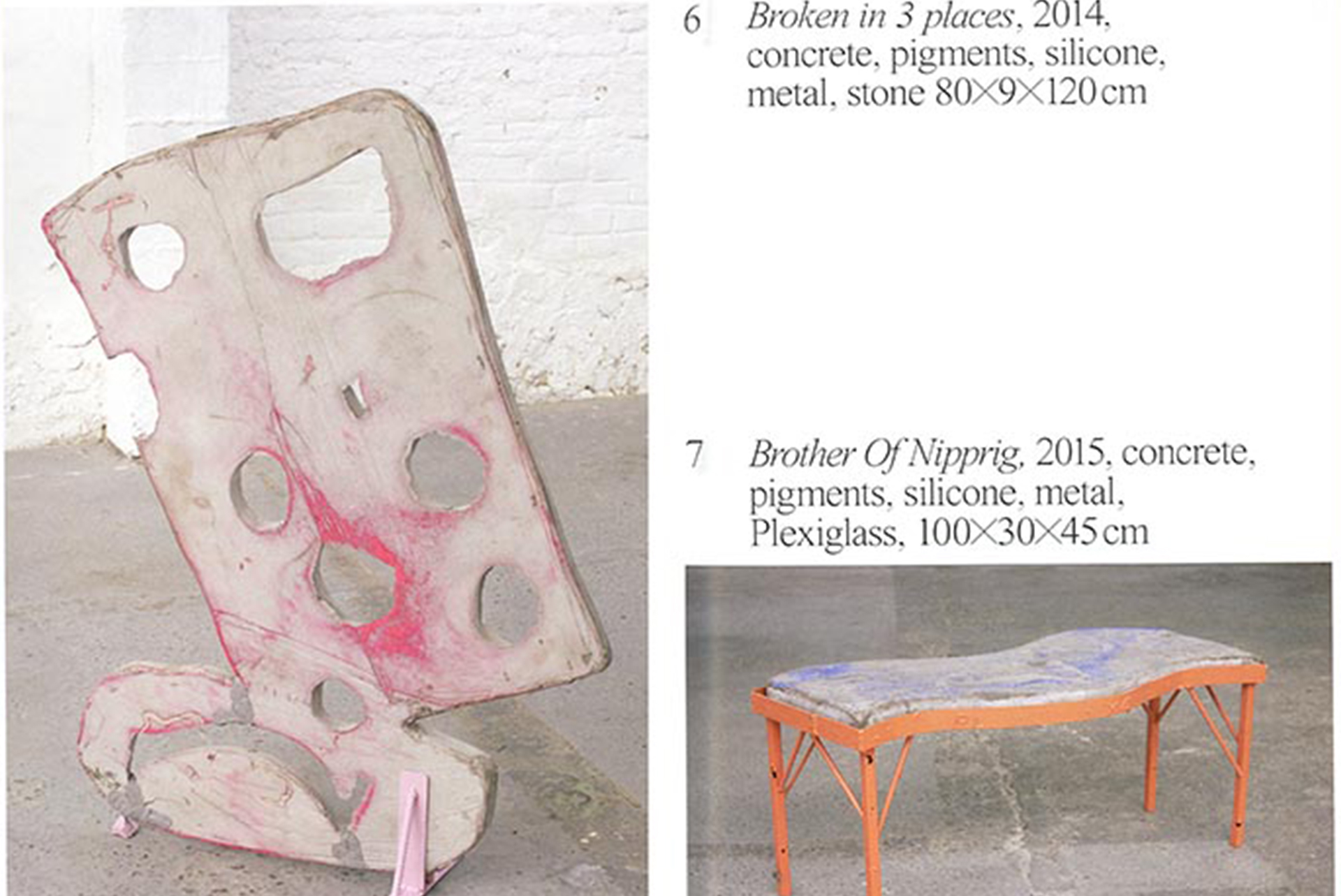 TOM VOLKAERT: AS SLOW AS POSSIBLE

Mankind, immersed as he is in a condition of constant precarity and contingency, could hardly survive without the refuge of the irrational: psychological protection in the face of the adversities of everyday life. This phenomenon has occurred throughout history and, indeed, throughout metahistory (or the writing of history), wavering between the rational and the irrational, between modernity and pre-modernity, between every iteration and reformulation of history– moving from the world of politics to that of mysticism, from bygone histories to visionary futures. The sheer porosity of metahistory encompasses both imagination and madness, thus revitalizing what rationality has historically classified as strange, grotesque, monstrous, unheimlich, uncanny, or weird.

It is within this aesthetic dimension that we find the work of Tom Volkaert (born 1989 in Antwerp, where he lives and works today). The traditional techniques and materials used by the artist produce an extraordinary and rather perturbing result, almost as if his work were a means of resistance against meaning. Indeed, the forms of Volkaert’s sculptures, with their unusual shapes and the surprising sensations they emanate, seem to embody an expression of a collective impulse towards absolute liberty, free from every convention. In the strangeness of their thingness, they recall Object-Oriented Ontology (OOO), in which the ‘Thing Theory’ finally escapes its usual imprisonment in the binary hierarchy of subject/object, animate/inanimate, natural/artificial, and instead embraces materiality, the thing, and even the remake of the thing. (Sonia d’Alto) 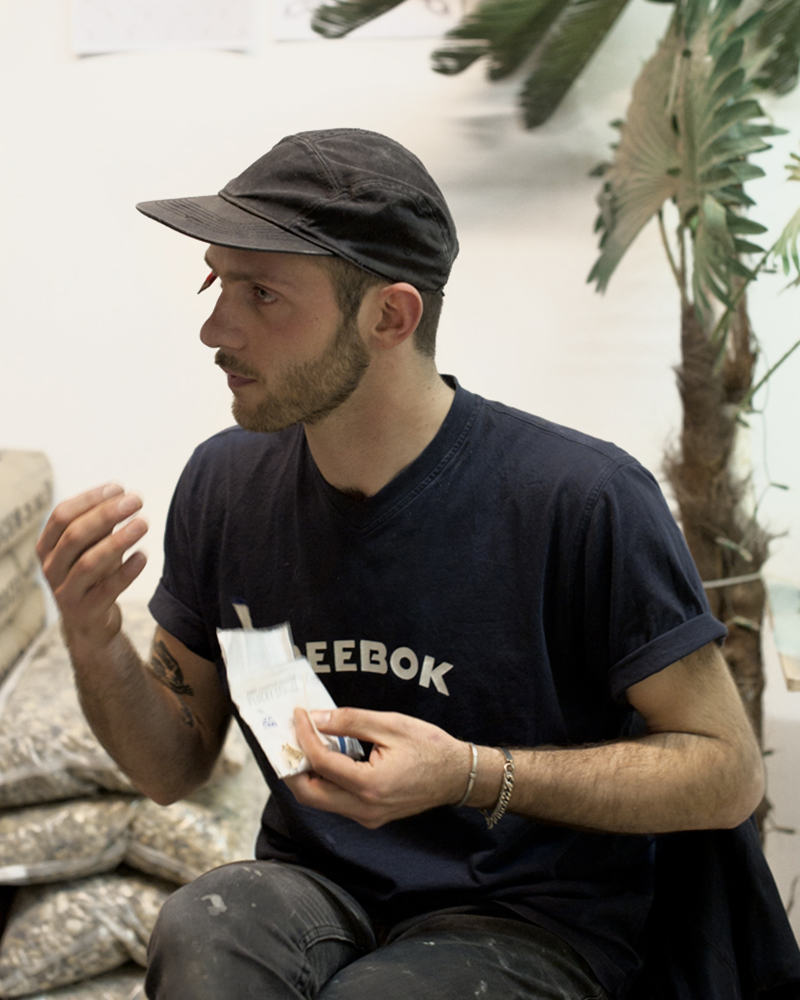 Tom Volkaert was born in Antwerp, 1989. Volkaert's work (b.1989, Antwerp) focuses on the changes which occur throughout material processes. He has an intuitive way of work, taking time to understand the fragility of each interval material, allowing them an element of independence, introducing the essential component of chance to the process. Each item produced is an example of Volkaert's exploration of the raw materials he chooses to use. Relics of improvements and repairs are constant in Volkaert's designs, contributing to a vision of unsettling beauty and horror, perfection and defective.

The Dutch designer has recently published his first book, an oeuvre of his inventory. The title, "As slow as possible," references Aesop's fable about the snail and the hare. Volkaert takes inspiration from outside the art world, "not everyone is unique and everything has happened before," he says. The visual ideas of the key figures in the art world can be very defining for a field and can be paralyzing. "That's why I relate to stories that have nothing to do with art history."

He enjoys referencing outside of the art world, "not everyone is unique and everything has happened before," Volkaert has said. The visual ideas of the key figures in the art world can be very defining for a field and can be paralyzing. "That's why I relate to stories that have nothing to do with art history." Volkaert works intuitively and tries to act "as slow as possible" in the depths of his technical research.

Volkaert's sculptures present themselves as untouched. The mysterious iron, clay, and resin forms are fascinating. They force the onlooker to observe every angle, allowing for a chaotic awakening of sensory impressions.

Fascinated by the hollow spaces in his ceramic works, Volkaert recently started to work with transparent materials. His epoxy pieces reveal the inside of his works for the first time, allowing for further exploration of disassociation. By disclosing all areas of his work, Volkaert further strips any illusion the onlooker may have previously perceived. He resolutely opts for the full formality. This time nothing stands in the way of the viewer to fully "see" the work.