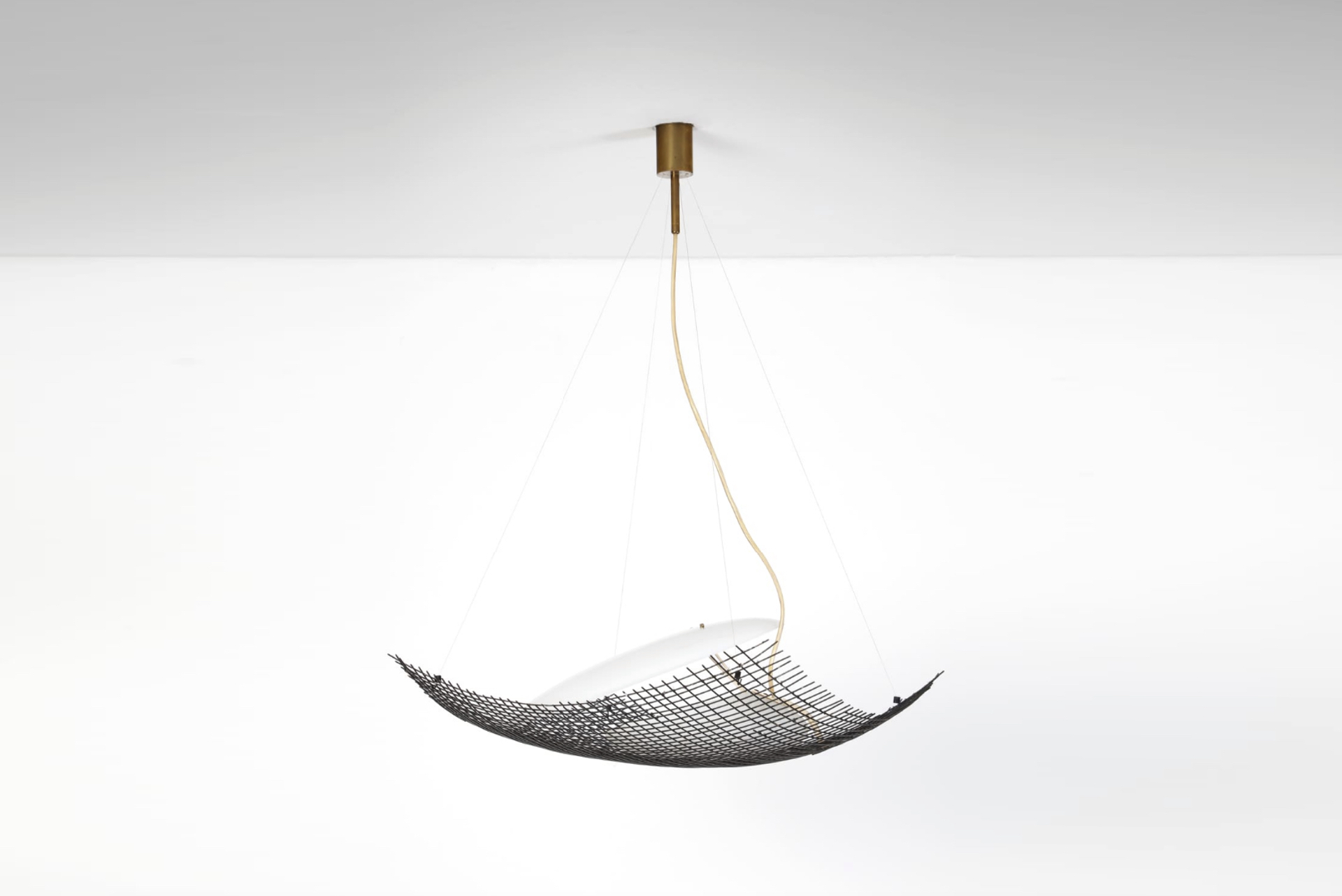 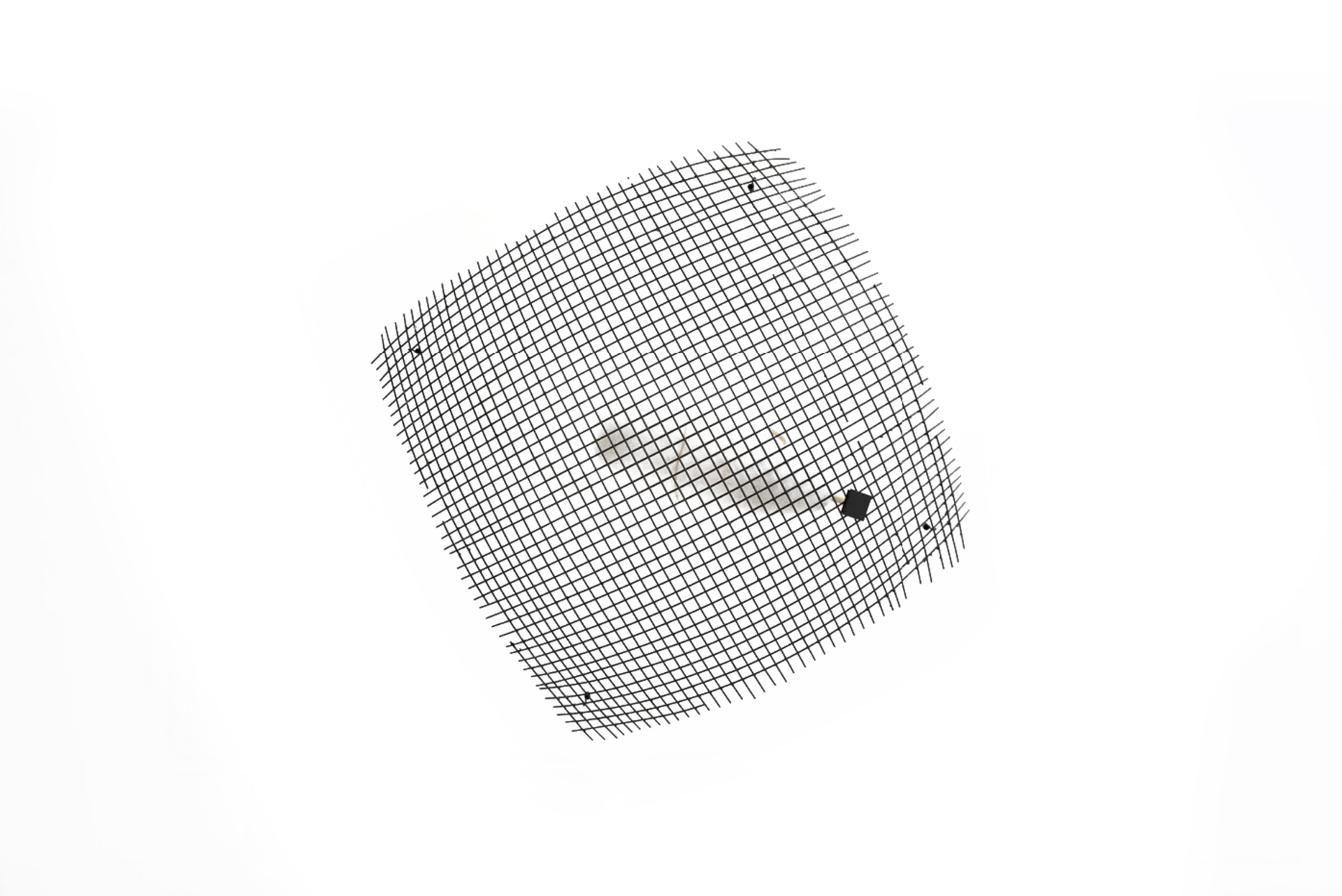 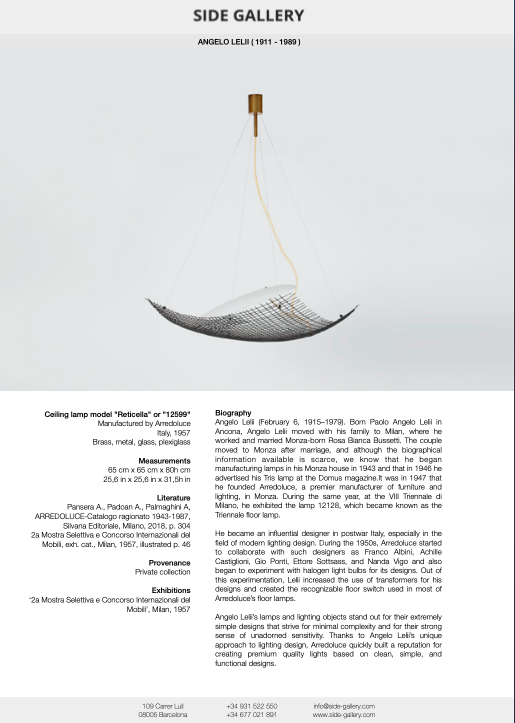 Biography
Angelo Lelii (February 6, 1915–1979). Born Paolo Angelo Lelii in Ancona, Angelo Lelii moved with his family to Milan, where he worked and married Monza-born Rosa Bianca Bussetti. The couple moved to Monza after marriage, and although the biographical information available is scarce, we know that he began manufacturing lamps in his Monza house in 1943 and that in 1946 he advertised his Tris lamp at the Domus magazine.
It was in 1947 that he founded Arredoluce, a premier manufacturer of furniture and lighting, in Monza. During the same year, at the VIII Triennale di Milano, he exhibited the lamp 12128, which became known as the Triennale floor lamp.
He became an influential designer in postwar Italy, especially in the field of modern lighting design. During the 1950s, Arredoluce started to collaborate with such designers as Franco Albini, Achille Castiglioni, Gio Ponti, Ettore Sottsass, and Nanda Vigo and also began to experiment with halogen light bulbs for its designs. Out of this experimentation, Lelii increased the use of transformers for his designs and created the recognizable floor switch used in most of Arredoluce’s floor lamps.
Angelo Lelii’s lamps and lighting objects stand out for their extremely simple designs that strive for minimal complexity and for their strong sense of unadorned sensitivity. Thanks to Angelo Lelii’s unique approach to lighting design, Arredoluce quickly built a reputation for creating premium quality lights based on clean, simple, and functional designs.