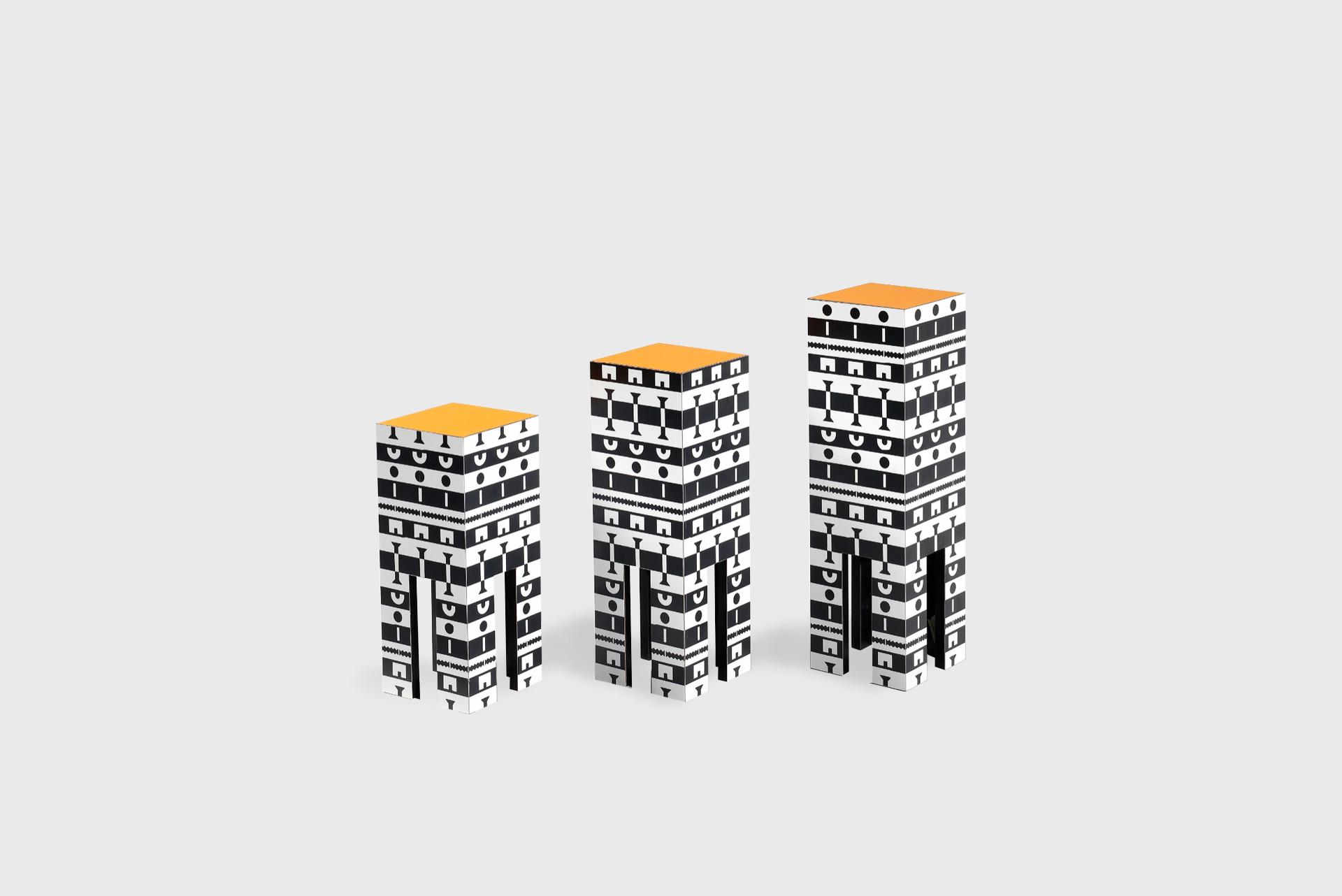 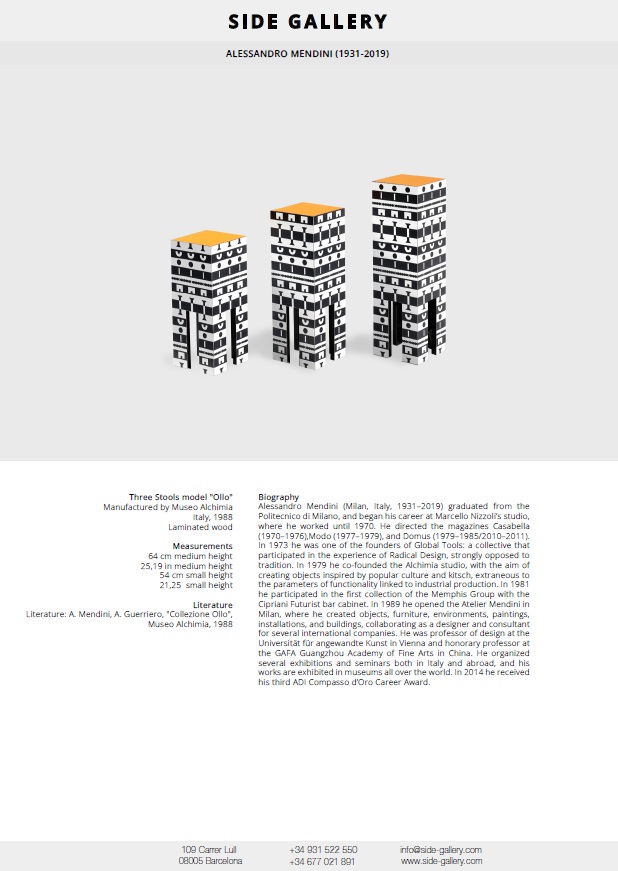 Biography
Alessandro Mendini (Milan, Italy, 1931–2019) graduated from the Politecnico di Milano, and began his career at Marcello Nizzoli’s studio, where he worked until 1970. He directed the magazines Casabella (1970–1976), Modo (1977–1979), and Domus (1979–1985/2010–2011). In 1973 he was one of the founders of Global Tools: a collective that participated in the experience of Radical Design, strongly opposed to tradition. In 1979 he co-founded the Alchimia studio, with the aim of creating objects inspired by popular culture and kitsch, extraneous to the parameters of functionality linked to industrial production. In 1981 he participated in the first collection of the Memphis Group with the Cipriani Futurist bar cabinet. In 1989 he opened the Atelier Mendini in Milan, where he created objects, furniture, environments, paintings, installations, and buildings, collaborating as a designer and consultant for several international companies. He was professor of design at the Universität für angewandte Kunst in Vienna and honorary professor at the GAFA Guangzhou Academy of Fine Arts in China. He organized several exhibitions and seminars both in Italy and abroad, and his works are exhibited in museums all over the world. In 2014 he received his third ADI Compasso d’Oro Career Award.