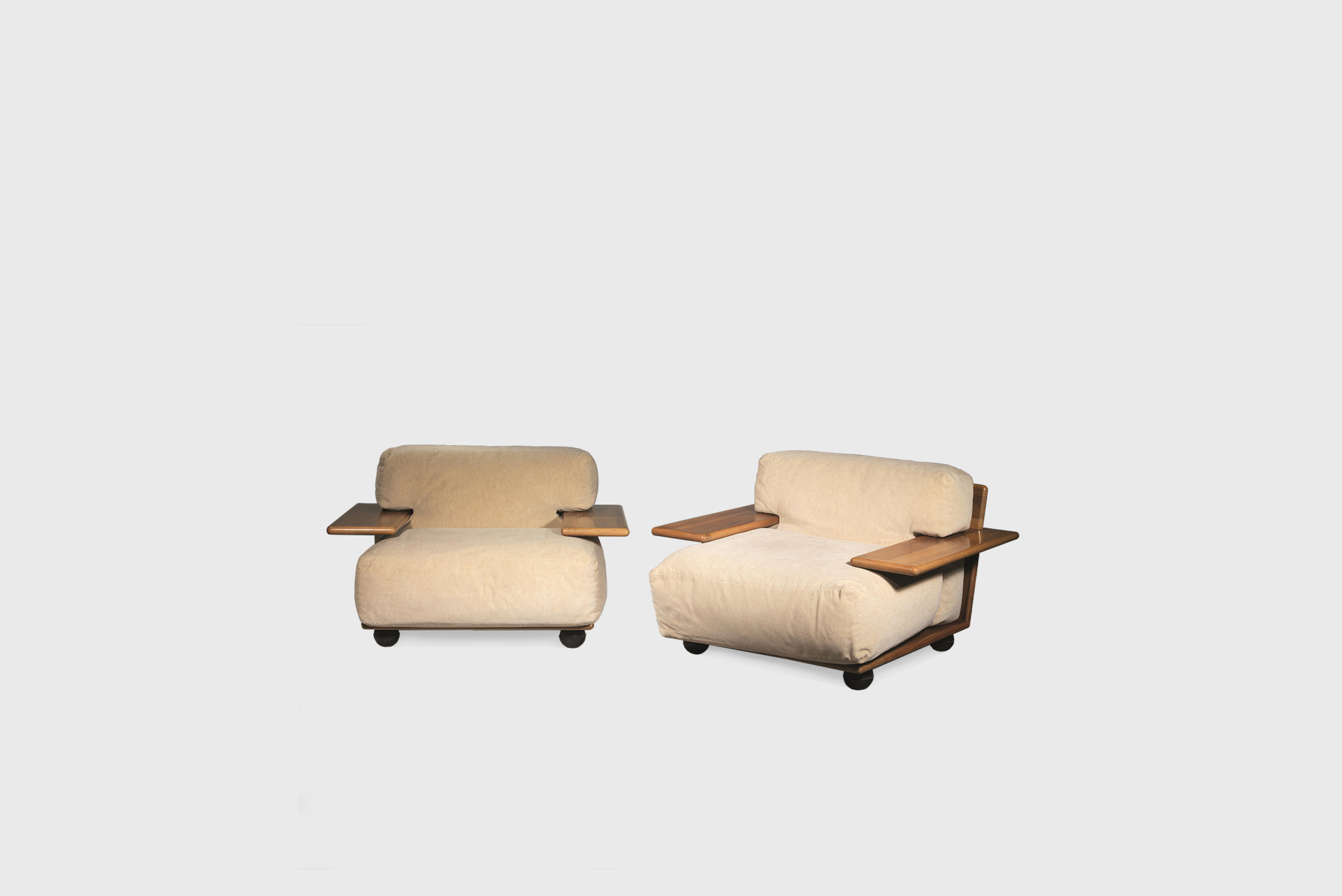 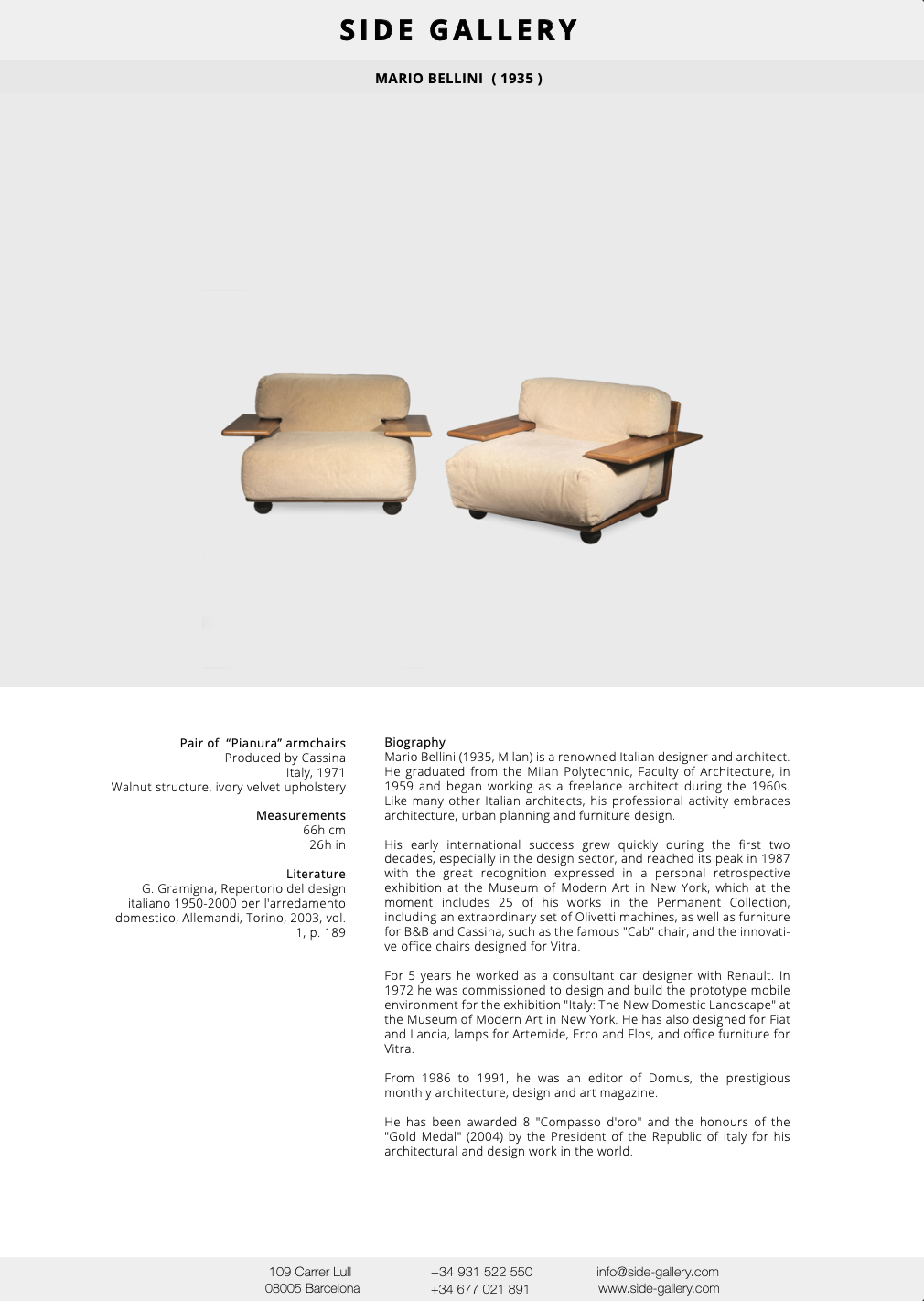 Biography
Mario Bellini (1935, Milan) is a renowned Italian designer and architect. He graduated from the Milan Polytechnic, Faculty of Architecture, in 1959 and began working as a freelance architect during the 1960s. Like many other Italian architects, his professional activity embraces architecture, urban planning and furniture design.
His early international success grew quickly during the first two decades, especially in the design sector, and reached its peak in 1987 with the great recognition expressed in a personal retrospective exhibition at the Museum of Modern Art in New York, which at the moment includes 25 of his works in the Permanent Collection, including an extraordinary set of Olivetti machines, as well as furniture for B&B and Cassina, such as the famous "Cab" chair, and the innovati- ve office chairs designed for Vitra.
For 5 years he worked as a consultant car designer with Renault. In 1972 he was commissioned to design and build the prototype mobile environment for the exhibition "Italy: The New Domestic Landscape" at the Museum of Modern Art in New York. He has also designed for Fiat and Lancia, lamps for Artemide, Erco and Flos, and office furniture for Vitra.
From 1986 to 1991, he was an editor of Domus, the prestigious monthly architecture, design and art magazine.
He has been awarded 8 "Compasso d'oro" and the honours of the "Gold Medal" (2004) by the President of the Republic of Italy for his architectural and design work in the world.