Biography
Biography
Swedish architect-designer Hans Bergström was born in 1910 in Karlshamn. After completing secondary school in 1927, he worked for several years at the Ystad-Metall metal manufactory in Ystad, where he designed lamps, mirrors, bottles, jars, and bowls. In 1929, he enrolled in Stockholm’s Konstindustriell Skola (now known as Konstfack), notably designing a chandelier (1932) for a church in Iggesund for his thesis project. After graduating in 1933, Bergström returned for a short time to Ystad-Metall before establishing his own lighting firm, ateljé Lyktan, in 1934 in Helsingborg. In 1935, he and his wife Vera relocated the atelier to Åhus, on Sweden’s southeast coast. Not long after, Bergström also established a showroom in neighboring city Kristianstad.
Guided by the mantra, “Light must be white and shine freely,” he designed and produced functional yet modern fixtures that were intended to brighten up entire spaces. Bergström was ateljé Lyktan’s creative director for three decades, and, up until the beginning of the 1960s, the company’s sole designer. A great many of Bergström’s designs were one-offs, numbered but nameless.
During the 1940s in Sweden, cage lamps were widely popular, often featuring plant or animal motifs as appliques to the structure. Examples from Bergström include his Model no. 3 (1930s) and Model no. 5C (1940s). In the mid-1940s, Bergström began designing lights with fabric lampshades as an alternative to metal, which was in short supply due to the war. With the introduction of plastic in the 1950s, Bergström experimented with new lighting techniques.
Bergström is most well-known for his minimalist Model 181 Lamp (1950), also known as Struten, which was awarded a Gold Medal at Milan’s Triennale in 1954. The lamp was a favorite of his friend, Swedish architect-designer Bruno Mathsson (1907-1988), who decorated his home with many of Bergström’s designs. Other acclaimed Bergström designs include the Harlekin Series (1958), which included pendant lamps in several sizes and shapes; the Model 100L (1958), known as Ofir today, inspired by an upturned ceiling rose; and the Model no. 569 Giraffen Floor Lamp (1950s).
Sometime in the early 1960s, Bergström retired and Philips’s Design Manager, Anders Pehrson, became ateljé Lyktan’s Head of Operations in Åhus, steering the company away from bespoke services toward mass production.
Bergström passed away in Karlshamn in 1996. In 2009, ateljé Lyktan celebrated its 75th anniversary and published the retrospective book Ljuset ska vara vitt och lysa fritt–Historien om ateljé Lyktan by Johan Jansson and Staffan Bengtsson. 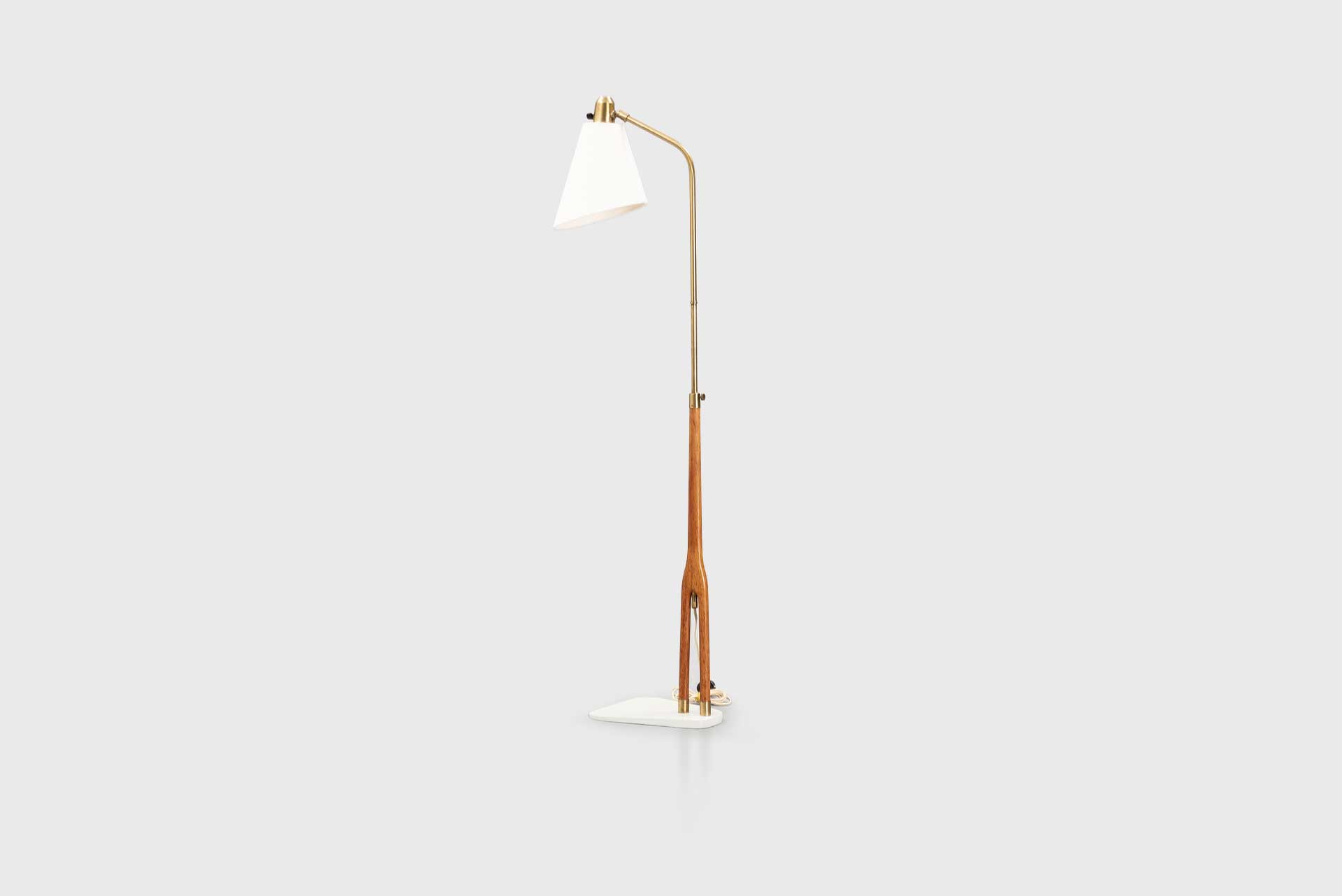