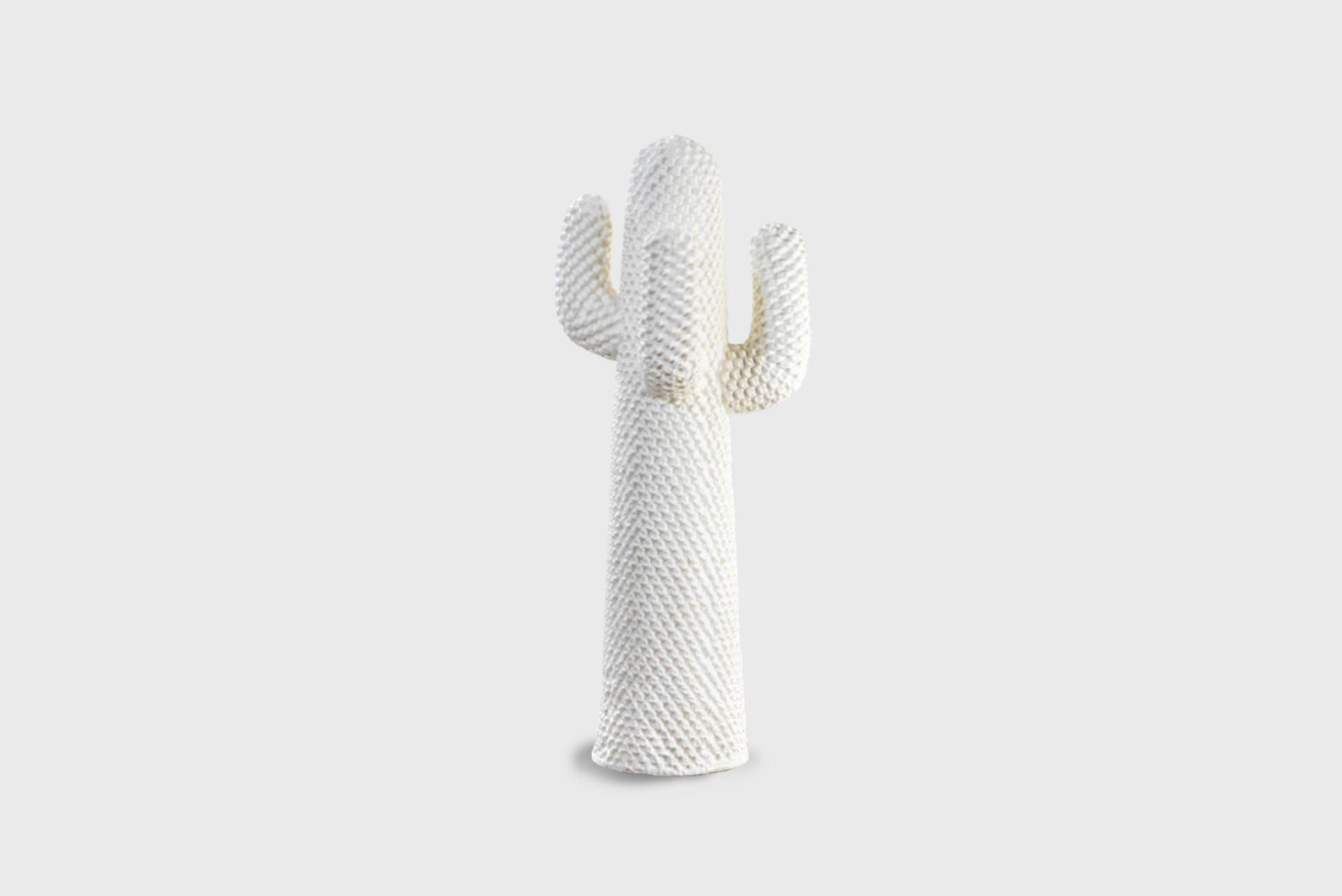 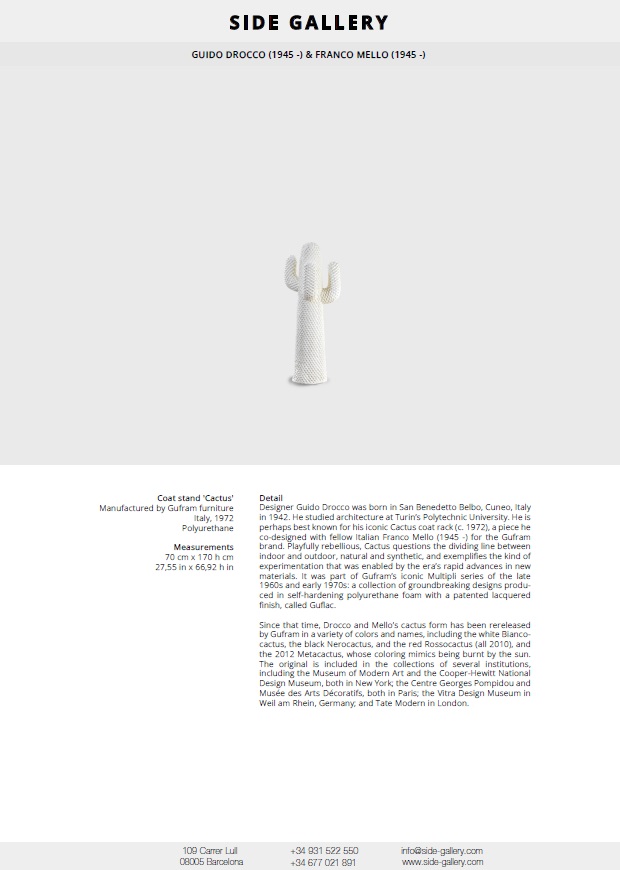 Detail
Designer Guido Drocco was born in San Benedetto Belbo, Cuneo, Italy in 1942. He studied architecture at Turin’s Polytechnic University. He is perhaps best known for his iconic Cactus coat rack (c. 1972), a piece he co-designed with fellow Italian Franco Mello (1945 -) for the Gufram brand. Playfully rebellious, Cactus questions the dividing line between indoor and outdoor, natural and synthetic, and exemplifies the kind of experimentation that was enabled by the era’s rapid advances in new materials. It was part of Gufram’s iconic Multipli series of the late 1960s and early 1970s: a collection of groundbreaking designs produced in self-hardening polyurethane foam with a patented lacquered finish, called Guflac.

Since that time, Drocco and Mello’s cactus form has been rereleased by Gufram in a variety of colors and names, including the white Biancocactus, the black Nerocactus, and the red Rossocactus (all 2010), and the 2012 Metacactus, whose coloring mimics being burnt by the sun. The original is included in the collections of several institutions, including the Museum of Modern Art and the Cooper-Hewitt National Design Museum, both in New York; the Centre Georges Pompidou and Musée des Arts Décoratifs, both in Paris; the Vitra Design Museum in Weil am Rhein, Germany; and Tate Modern in London.