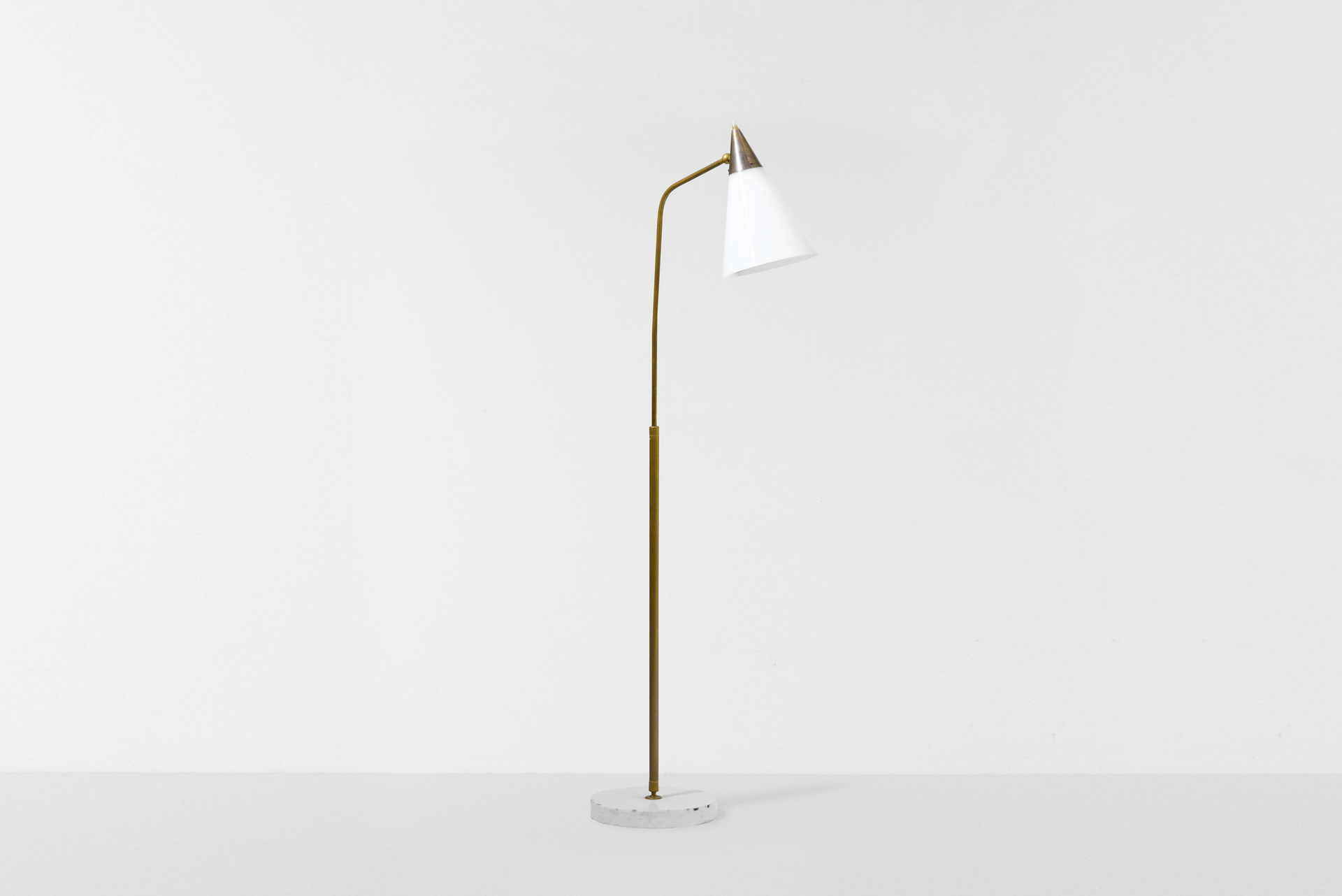 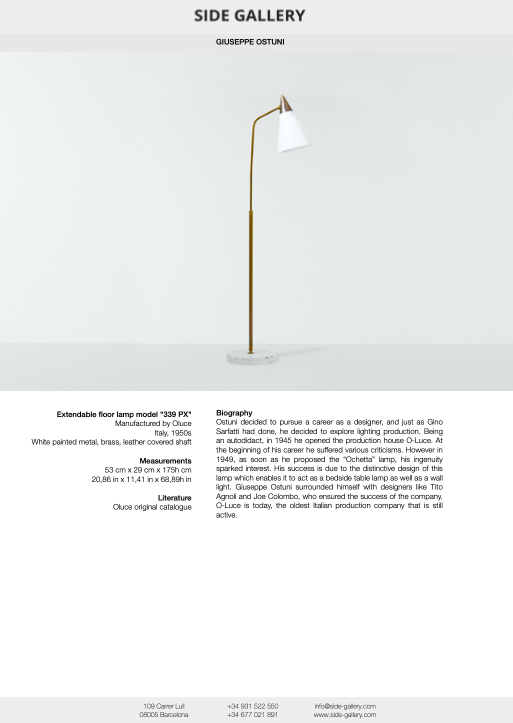 Biography
Ostuni decided to pursue a career as a designer, and just as Gino Sarfatti had done, he decided to explore lighting production. Being an autodidact, in 1945 he opened the production house O-Luce. At the beginning of his career he suffered various criticisms. However in 1949, as soon as he proposed the “Ochetta” lamp, his ingenuity sparked interest. His success is due to the distinctive design of this lamp which enables it to act as a bedside table lamp as well as a wall light. Giuseppe Ostuni surrounded himself with designers like Tito Agnoli and Joe Colombo, who ensured the success of the company. O-Luce is today, the oldest Italian production company that is still active.