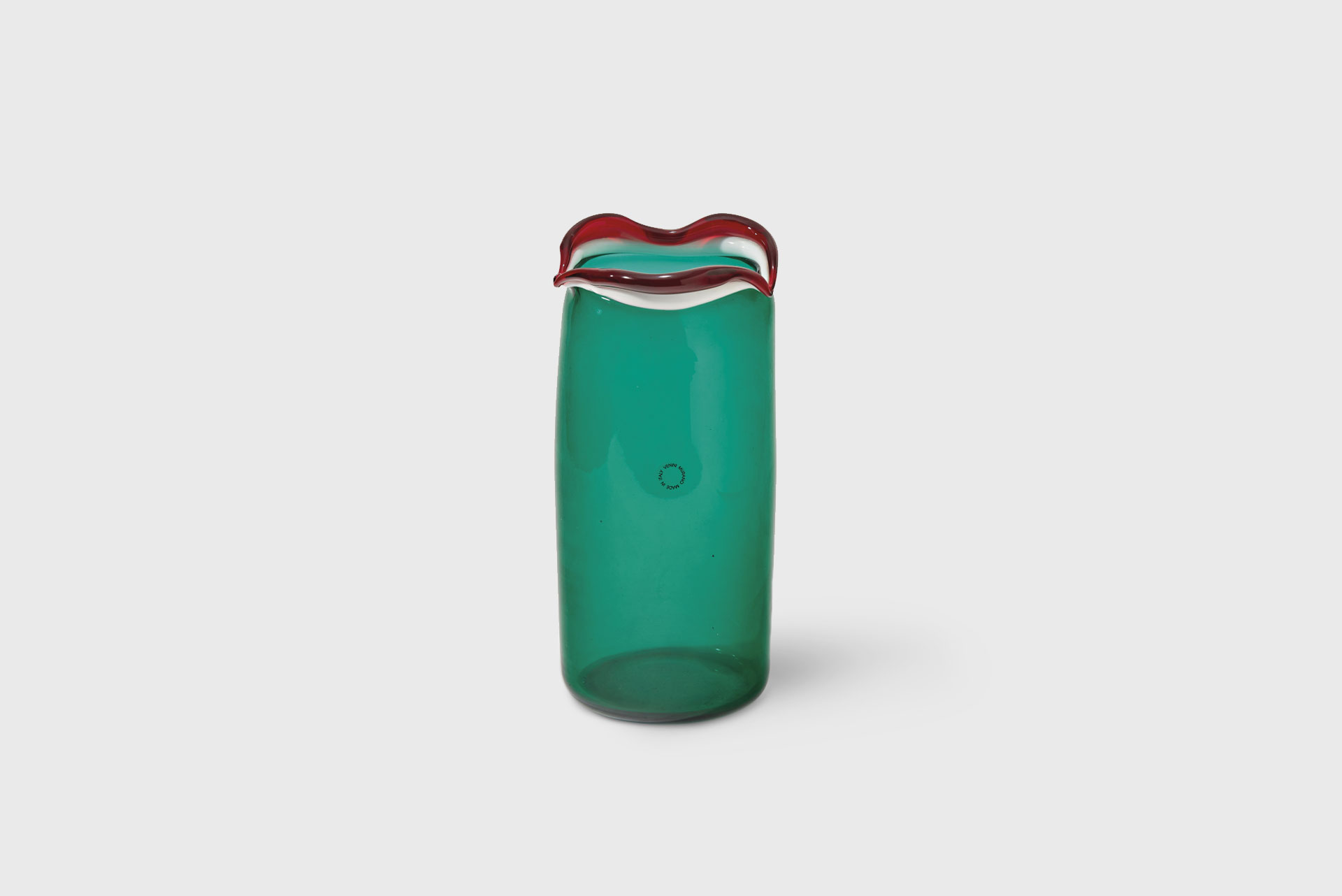 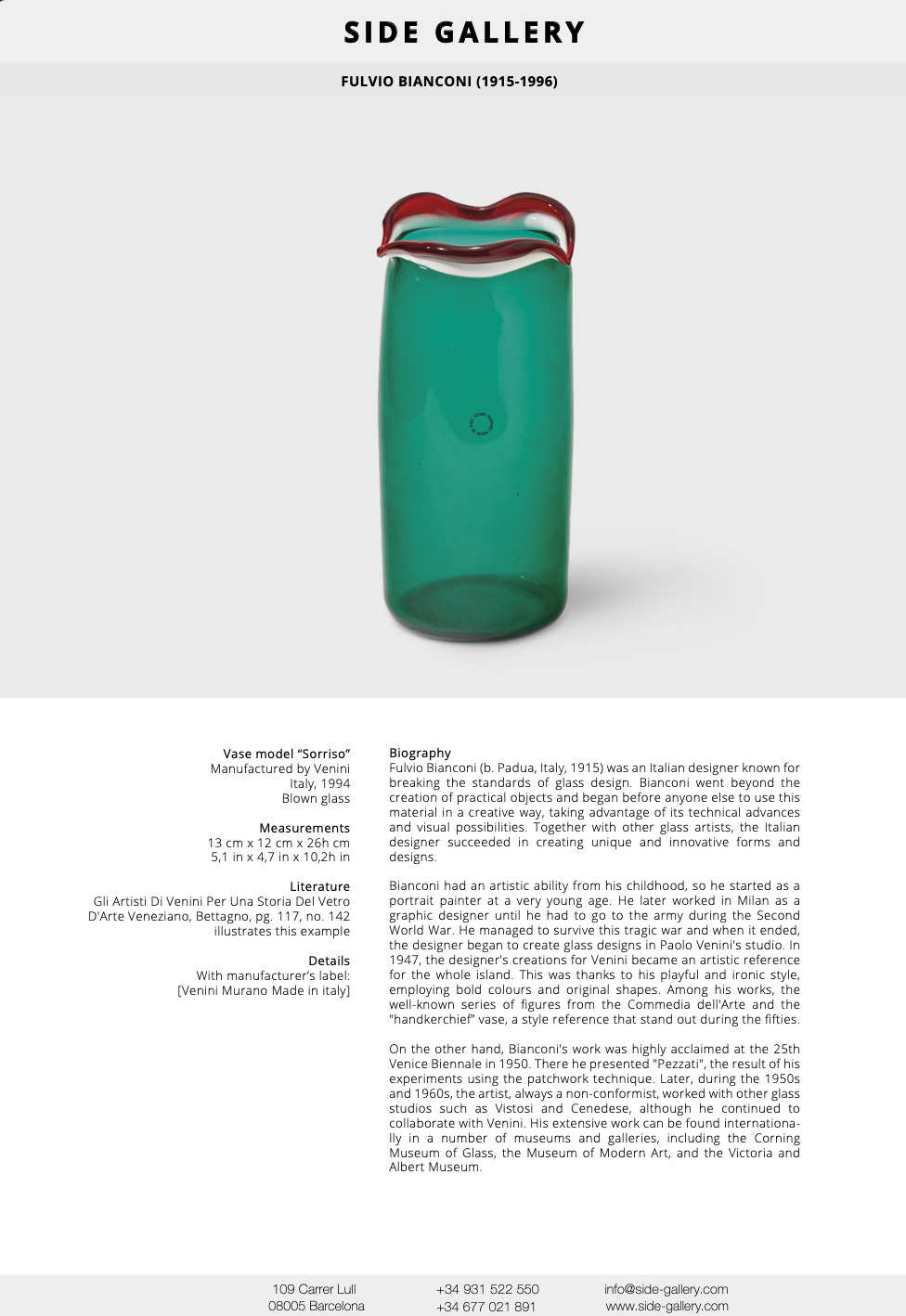 Details
With manufacturer’s label: [Venini Murano Made in italy]

Biography
Fulvio Bianconi (b. Padua, Italy, 1915) was an Italian designer known for breaking the standards of glass design. Bianconi went beyond the creation of practical objects and began before anyone else to use this material in a creative way, taking advantage of its technical advances and visual possibilities. Together with other glass artists, the Italian designer succeeded in creating unique and innovative forms and designs.

Bianconi had an artistic ability from his childhood, so he started as a portrait painter at a very young age. He later worked in Milan as a graphic designer until he had to go to the army during the Second World War. He managed to survive this tragic war and when it ended, the designer began to create glass designs in Paolo Venini's studio. In 1947, the designer's creations for Venini became an artistic reference for the whole island. This was thanks to his playful and ironic style, employing bold colours and original shapes. Among his works, the well-known series of figures from the Commedia dell'Arte and the "handkerchief” vase, a style reference that stand out during the fifties.

On the other hand, Bianconi's work was highly acclaimed at the 25th Venice Biennale in 1950. There he presented "Pezzati", the result of his experiments using the patchwork technique. Later, during the 1950s and 1960s, the artist, always a non-conformist, worked with other glass studios such as Vistosi and Cenedese, although he continued to collaborate with Venini. His extensive work can be found internationally in a number of museums and galleries, including the Corning Museum of Glass, the Museum of Modern Art, and the Victoria and Albert Museum.