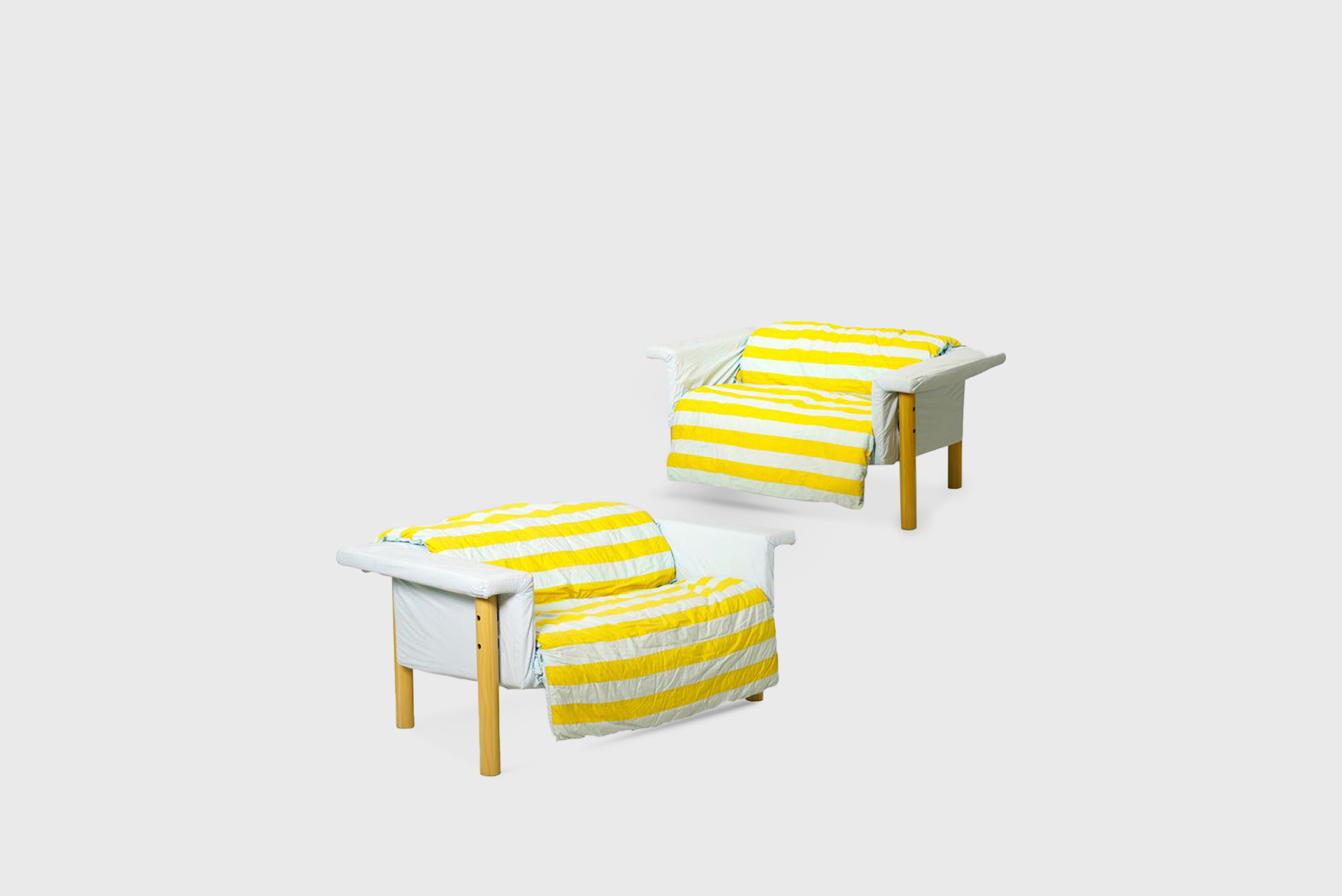 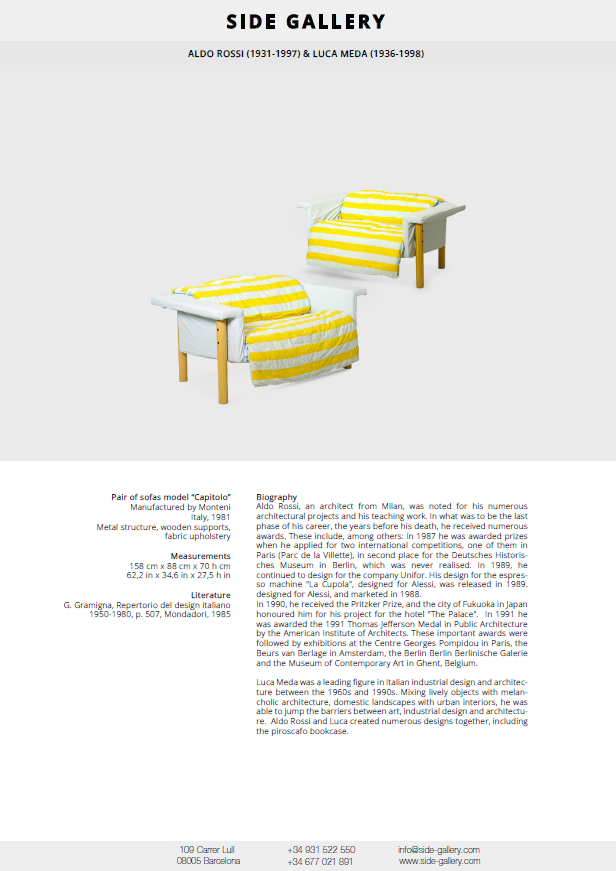 Biography
Aldo Rossi, an architect from Milan, was noted for his numerous architectural projects and his teaching work. In what was to be the last phase of his career, the years before his death, he received numerous awards. These include, among others: In 1987 he was awarded prizes when he applied for two international competitions, one of them in Paris (Parc de la Villette), in second place for the Deutsches Historisches Museum in Berlin, which was never realised. In 1989, he continued to design for the company Unifor. His design for the espresso machine "La Cupola", designed for Alessi, was released in 1989. designed for Alessi, and marketed in 1988.
In 1990, he received the Pritzker Prize, and the city of Fukuoka in Japan honoured him for his project for the hotel "The Palace". In 1991 he was awarded the 1991 Thomas Jefferson Medal in Public Architecture by the American Institute of Architects. These important awards were followed by exhibitions at the Centre Georges Pompidou in Paris, the Beurs van Berlage in Amsterdam, the Berlin Berlin Berlinische Galerie and the Museum of Contemporary Art in Ghent, Belgium.